Fresh from the relegation of the title in La Liga to Real Madrid, Barcelona will round off its domestic season 2019-20 with a trip to Alaves on Sunday afternoon.

Madrid's 2-1 win over Villarreal on Thursday saw Zinedine Zidane's side defend the title, while Barca suffered a 2-1 home defeat to Osasuna that night. Despite the disappointment of finishing second in the table, the Catalan giants will be determined to end their home season with a positive note when they head to Alaves last weekend.

Here, Sports Mole rounds up Barca's injury and suspension news ahead of the clash. 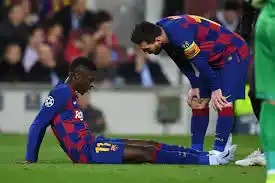 Dembele has been battling injuries all season, making only five appearances in La Liga and nine in all competitions. The Frenchman is coming out at the end of November with his latest number on his knee and he will not be able to return for the Spanish champions until next season. Umtiti has missed the last four games of Barca with a knee problem and it remains to be seen whether the Frenchman is available for this particular game. Injuries have limited the center-back to just 13 appearances in La Liga, a term recently linked to a summer outing. Griezmann was replaced last weekend by Real Valladolid due to "discomfort in his quadriceps". The French international missed against Osasuna and is again in serious doubt about this game, with reports suggesting that he may instead make his return to the Champions League next month. Possible return date: August 8 (against Napoli) Pique was suspended due to the reservation he made against Osasuna on Thursday night, as the experienced defender from the center was a card in the 69th minute of the competition. Possible return date: August 8 (against Napoli) Rakitic has also been suspended for Barca's last league game of the season due to a reservation he raised in the 57th minute of the surprise home defeat to Osasuna. 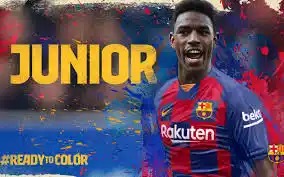 Possible return date: August 8 (against Napoli) Firpo was handed the left place over Jordi Alba against Osasuna, but the 23-year-old will not be available on Sunday night as he raised a yellow card at 75 the first minute of the race.