By Internet_Gist (self media writer) | 11 months ago

Akwa United entered into the game with aim of securing at least a draw to officially seal the Nigerian Premier League title after a successful campaign. 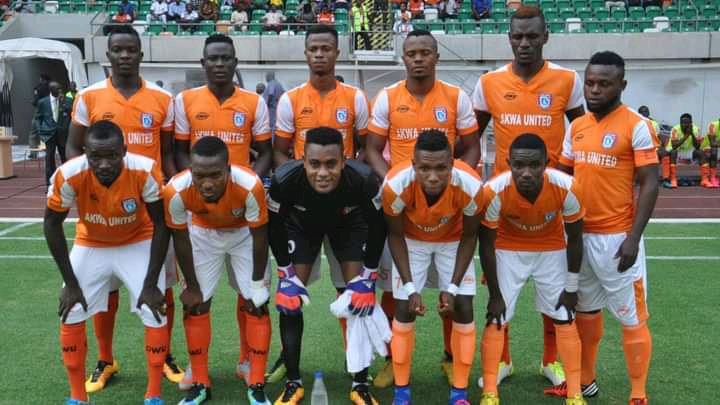 Akwa Ibom currently sits on top of the league table with 71 points in 37 matches and are 9 points ahead of second-placed, Nassarawa United who has 62 points in 36 matches.

Nassarawa United was held to a goalless draw Dakkada FC in their last Premier League game which cost them the chances of winning the league title. With Akwa United's 5-2 victory over Mountain of Fire, they are now officially the Nigerian League Champions with one game to spare.

Below are the live photos from Godswill Akpabio International Stadium, Uyo. 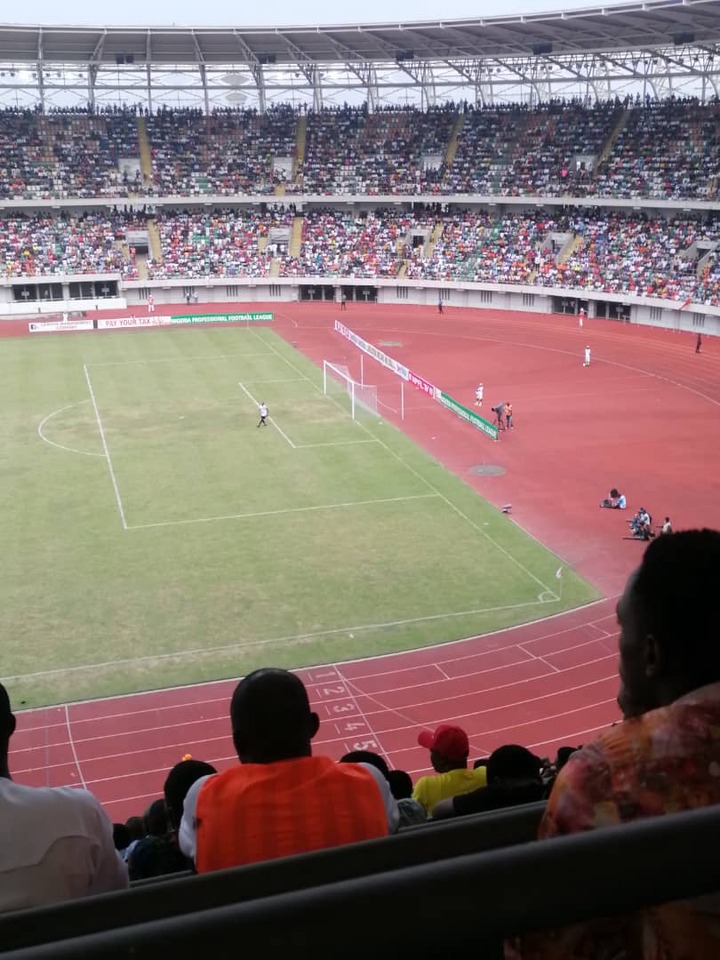 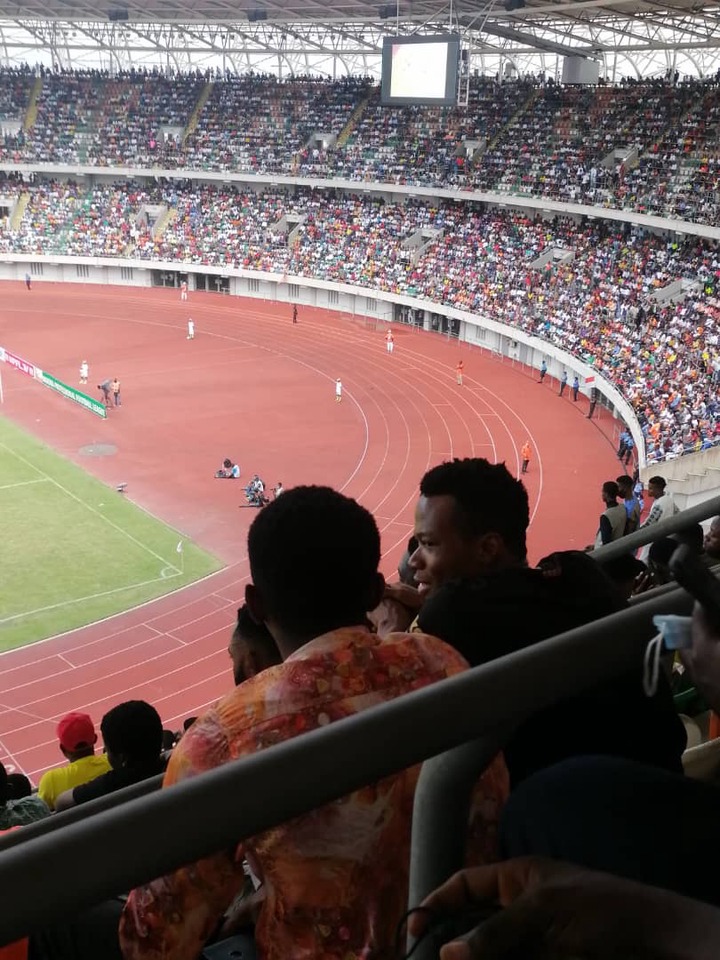 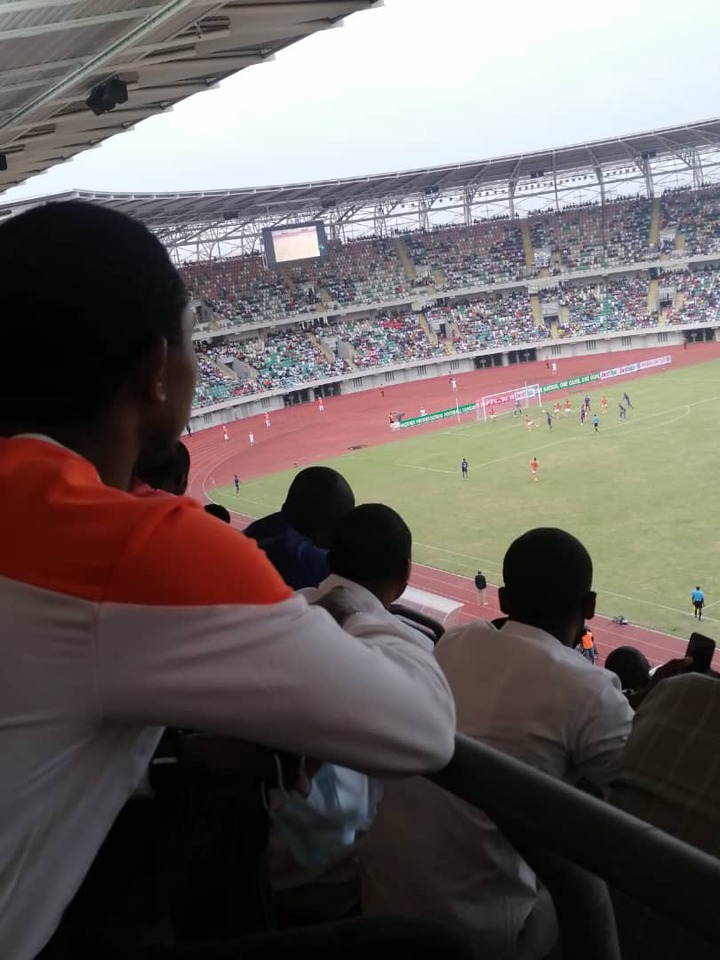 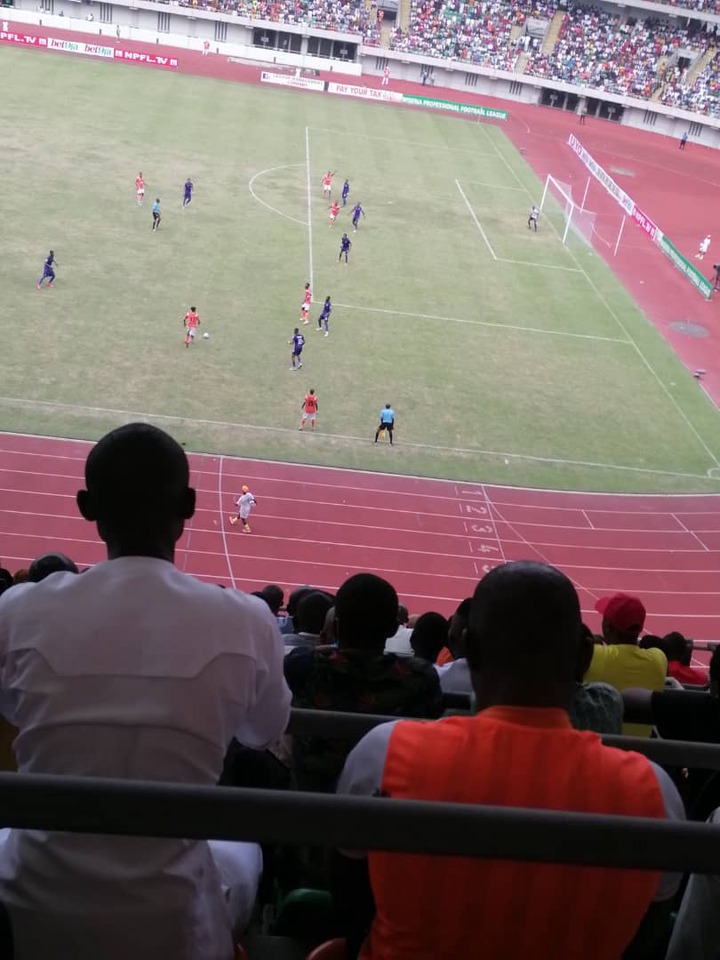 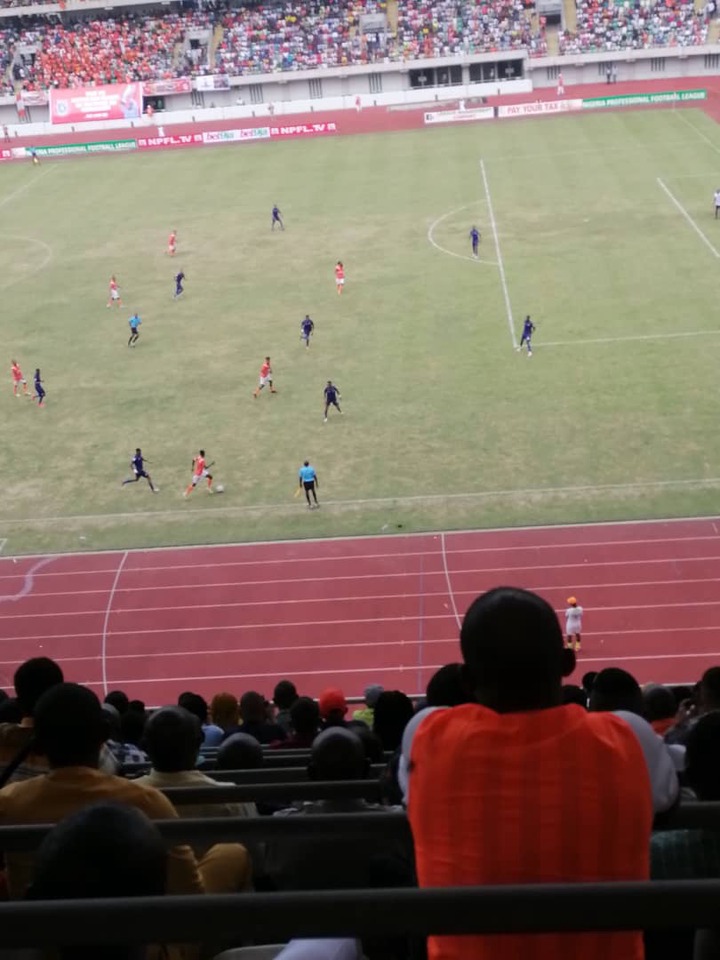 Akwa United took the lead in the 24th minute when Charles Atshimene capitalized from the opposition's mistakes to scored the first goal for Akwa United.

As if the first mistake wasn't enough, Mountain of Fire committed another blunder when Alimi Adebayo scored an own goal to gift Akwa United a two-goal advantage before the first half.

Akwa United continued where they stop and added their third goal of the game when Mfon Udoh scored a beautiful goal in the 62nd minute of the game to make it 3-0. Mountain of Fire pulled one goal back after Michael Mbonu scored from the penalty box.

Akwa United bounced back with a stunning goal by Charles Atshimene in the 85th minute and completed his hat-trick in the 95th minute to seal the league for Akwa United.

Below is the Nigeria Premier League table after Akwa United victory. 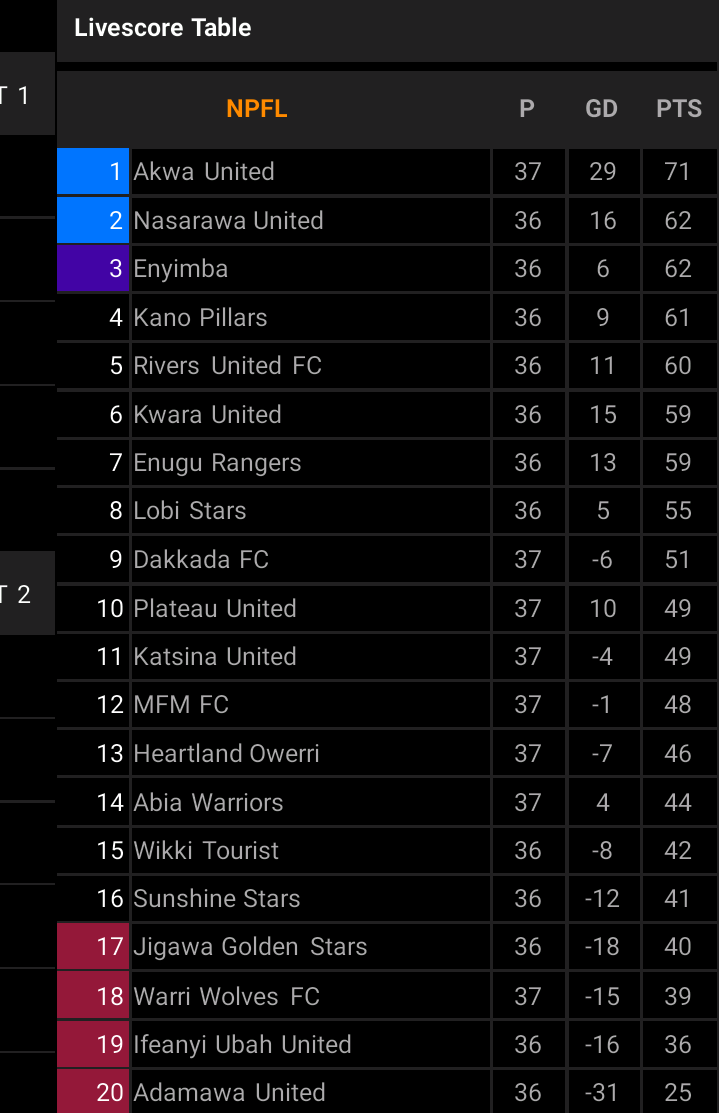 Congratulations to Akwa United on their league success today.