Winners And Losers Of The Cancellation Of The Ballon D'Or Award: See Where Messi And Ronaldo Stands

By Hefohee (self media writer) | 2 years ago

Lionel Messi won last year’s award ahead of Virgil van Dijk, and his six wins are more than anyone else in the award’s history. Cristiano Ronaldo is closest with five, while Johan Cruyff, Marco van Basten and Michel Platini have each won the award thrice.

“For the first time in its history, the award for the best player in the World organized by France Football which began in 1956, although spent a few years incorprated as Fifa’s official prize for the world’s best player but the partnership ended in 2016, and Fifa now crown their own player separately.

The Ballon d'Or will not be awarded in 2020, due to the lack of sufficient fair conditions caused by the Corona Pandemic. Pascal Ferre, the Editor-in-chief of France Football said the conditions to give the award wasn't met due to different number of league games due to league shutdown.

The decision by the Group Stakeholders said due decision doesn't delight them, but it is the most reputable because it is going to protect their credibility and legitimacy for the award. This means ensuring it's flawlessness overtime said Ferre. 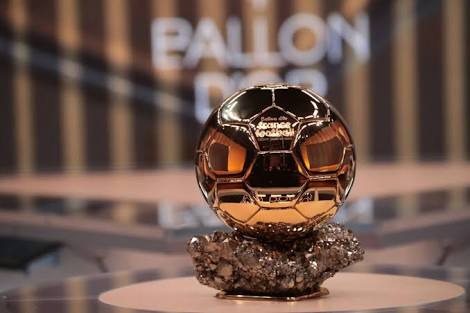 As this has given Lionel Messi to hold the Ballon D'Or and remain the best player for the next one year, there are some players who has given their best this season and has being expecting one award or the other but this won't be possible. Some which are:

* Cristiano Ronaldo's quest to Compete with Messi to get his Sixth Ballon D'Or Award as well.

* Cancellation of the women’s Ballon D’Or and the Kopa and Yachine awards, handed out to for best young player and best goalkeeper in the men’s game.

* Also, the two all-time greats would have been expected to cone into contention again in 2020, along with the likes of Bayern Munich Stricker Robert Lewandowski and Manchester City midfielder Kelvin De Bruyne.

* Every top performer is, however going to wait till next year, with United star (USWNT) Rapinoe of the women's game also set to keep hold of her title. The awards will be replaced this year by a vote for an all-time world football XI only.