Blow for Chelsea as club says their player is not for sale. 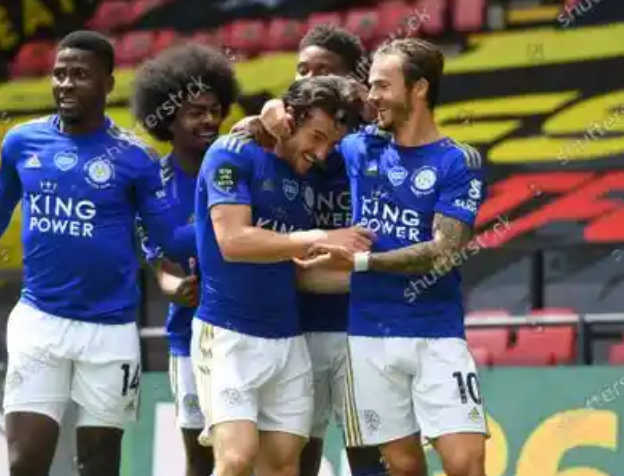 Chelsea FC has been very active in the transfer market this summer and has reportedly made to major additions ahead of next season. The Blues has already overseen the addition of RB Leipzig striker Timo Werner and former Ajax star Hakim Ziyech.

Hakim Ziyech has already joined his new team but Werner is yet to join his new teammates.

Chelsea who have other transfer target might be on the verge of missing out on one of them, according to a recent report released by Sky Sports this afternoon.

According to the report, Chelsea might miss out on the signing of Leicester City defender, Ben Chilwell. The Blues are chasing the player's signature as they hope to sign the English man to play the left-back position in the team. It is understood that Chelsea head coach Frank Lampard is a fan of the player's style and wants to see him wear the famous blue shirt next season.

However, Sky Sports has suggested that the deal is looking unlikely to happen following the recent comment made by Leicester City boss Brendan Rodgers. The Foxes coach revealed that the club is not willing to sell the defender and will surely hold onto him.

When quizzed about a possible departure for the English man, he answered "The message is, he is not for sale".

The Blues will have to seek for another alternative or push harder for a deal.

How Long Will The Govt Continue To Bow To Terror When It Should Assert Its Authority? - Sani Reacted

3 Things To Always Keep Private In A Relationship