How Manchester United could Lineup against Paris Saint Germain.

By Ademideayo1 (self media writer) | 1 year ago

Manchester united welcome Paris Saint Germain to the Old Trafford today knowing fully well that they need just one point from their last two games to secure qualification to the next round.

The Red devils currently seat top of group H winning three out of four games and they come into this on a run of four matches unbeaten in all competitions.

However they face a Psg side who knows that a defeat would Leave their Qualfication to the next round hanging by a thread just months after they made it all the way to the finals of the competition.

Solskjaer has a lot of injury worries entering into this game but the talking point will be on Cavani who is PSG record goal scorer and Manchester united 2 goal hero comeback against Southampton on sunday.

The Uruguran netted 200 times in 301 appearances winning 15 trophies in the process and will be desperate to face his former side having missed the first leg tie in Paris.

Due to some racist comment he put out on his Instagram post, he might be facing a match ban domestically which further increases his chances for playing tommorow with the striker just needing 1 goal to reach the 50 goals in Uefa club competition.

Also Pogba and Donny Van de beek will be looking to reach the Landmark of 50 appearances in the Champions league and Uefa club competitions respectively.

Both are having Injury Concerns but Pogba is back in training after sustaining an ankle injury while on international duties and Van de beek is expected to shake off the knock to his ankles.

Marcus Rashford is expected to start again having netted the late winner in Paris on matchday one, one of five goals he has scored in the group stages this season - he scored just five times in his first 18 appearances in the competition.

David de Gea was forced off at half time against Southampton after suffering a knock to his knee and, while Solskjaer remains hopeful his number one could be fit for this match, he has an able deputy to call upon in Dean Henderson and will have no hesitation in starting his back-up shot-stopper if De Gea is anything less than 100% fit.

There will no be Alex Tuanzebe for this one due to suspension for picking up three yellow cards already in the group stage. 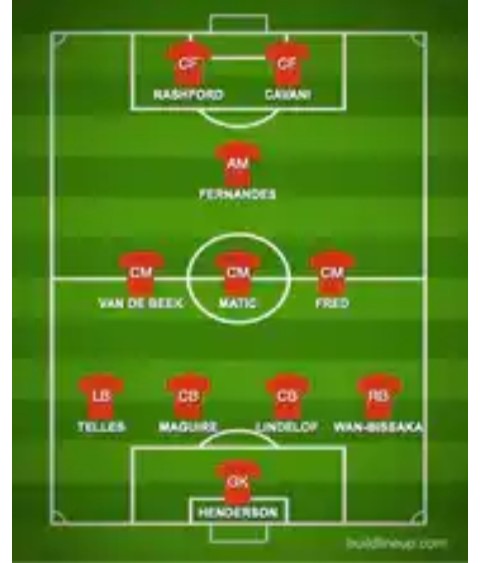