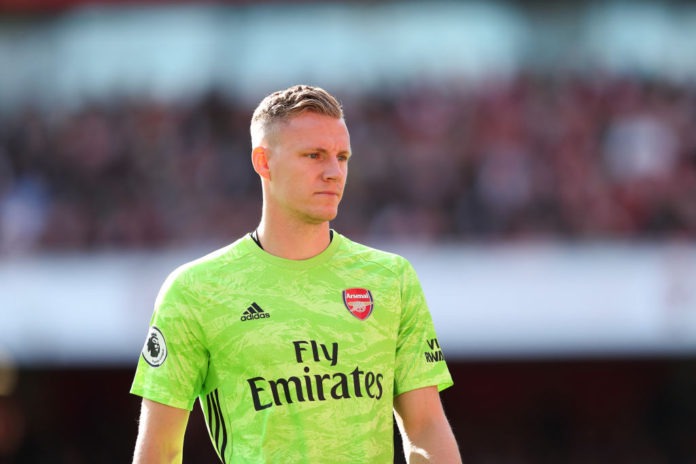 In Arsenal’s 2-1 defeat at Brighton, Neal Maupay charged arsenal with “lacking humility”. And the Seagulls striker insisted, that he wasn’t to solely blame for a severe, injury suffered by the goalkeeper Bernd Leno. Neal Maupay accused Arsenal of that.

Bernd Leno appeared outraged with Maupay when he fell horribly on his right, knee during a crash in the first half between the two and was seen screaming at the Frenchman, as he was being carried off the field on a stretcher. Replays ,revealed that Maupay had barged at Leno when he was in the air, which meant he was out of control as he put his right leg on the grass.

To attach salt to the loss of Arsenal, Maupay moved on to score the winning goal in the stoppage-time. And even after the full-time whistle some of the Gunners’ stars were seen commenting on Maupay. The former Brentford forward admitted that, at the break, he went to the Arsenal dressing room to apologize for the crash, which he stated was unintentional, but he was worse than pleased with Gunners’ actions on the pitch.

“At half time I went to the manager Mikel Arteta to apologize. I never meant to injure the keeper. I jumped for the ball I apologize to the team and to him as well. I have been through a bad injury, it is hard,” he told BT Sport. “I just went to get the ball really. When he landed he twisted his knee. It is football, there is contact. I never meant to hurt him. I apologize again and wish him a speedy recovery.”

After the match, Neal also admitted that he is absolutely delightful as this was their first win, in 2020 and he is also very happy with his performance. He said that the team has worked hard and trying to focus on the upcoming games