By Openews (self media writer) | 6 months ago 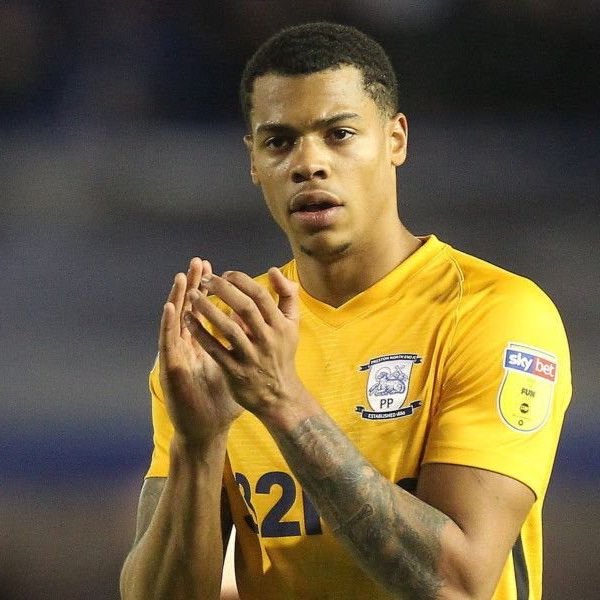 The youngster had a remarkable loan spell at Belgium Pro League giants Anderlecht FC last season, and he was able to guide them to the top 5 spot of the league table.

Lukas Nmecha started his career in Manchester City youth team, and he was loaned to Wolfsburg FC in the summer transfer window of 2019 before he returned to his parent's club a year after. 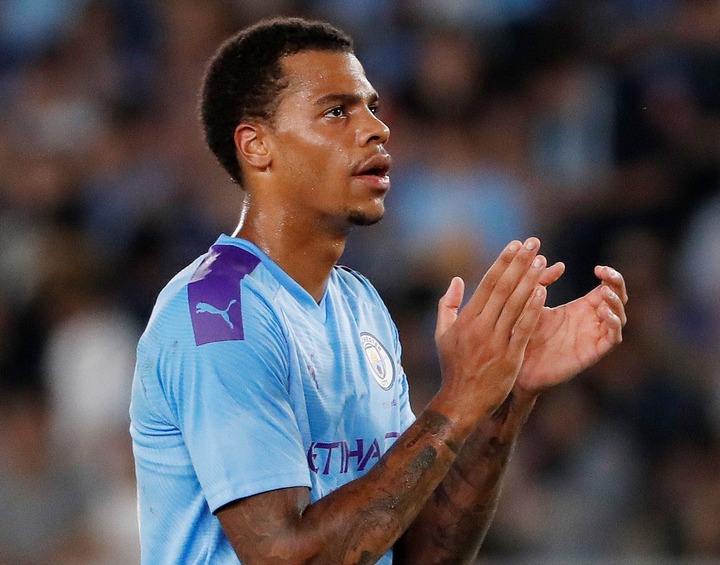 The 22 years old was unable to cement his spot in Manchester City's first team, and he has been sent out on loan to the likes of Middlesbrough FC, Wolfsburg and Anderlecht.

Nmecha has now joined Wolfsburg FC for the region of £11 million (€13 million), and he has been given the jersey number 10. 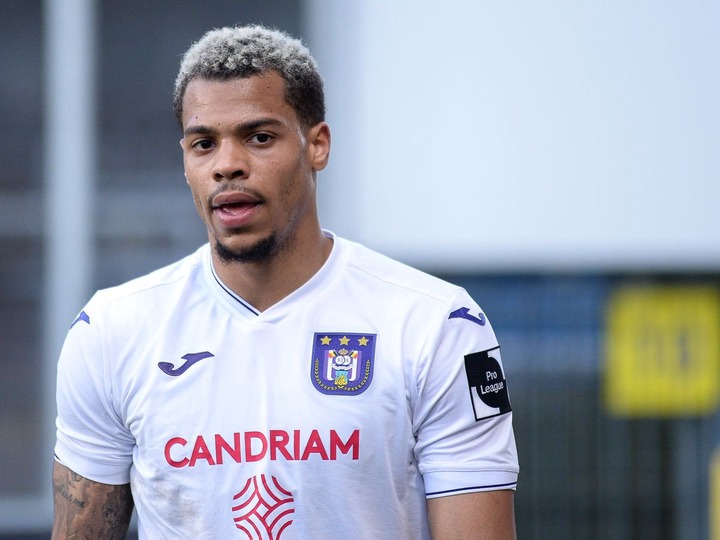 "He's back! U21 European champion Lukas Nmecha returns to Wolfsburg after signing a contract until 2025." 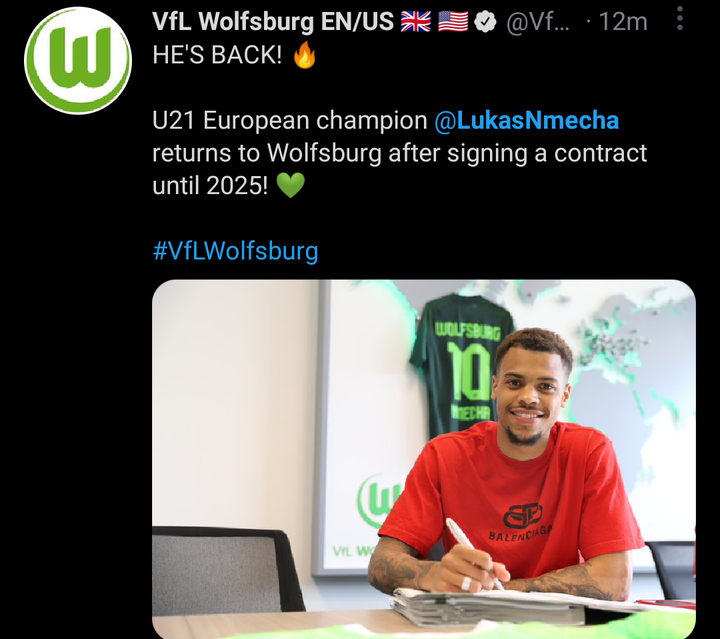 "We can confirm that Lukas Nmecha has completed a permanent move to Wolfsburg. Good Luck, Lukas 💙." 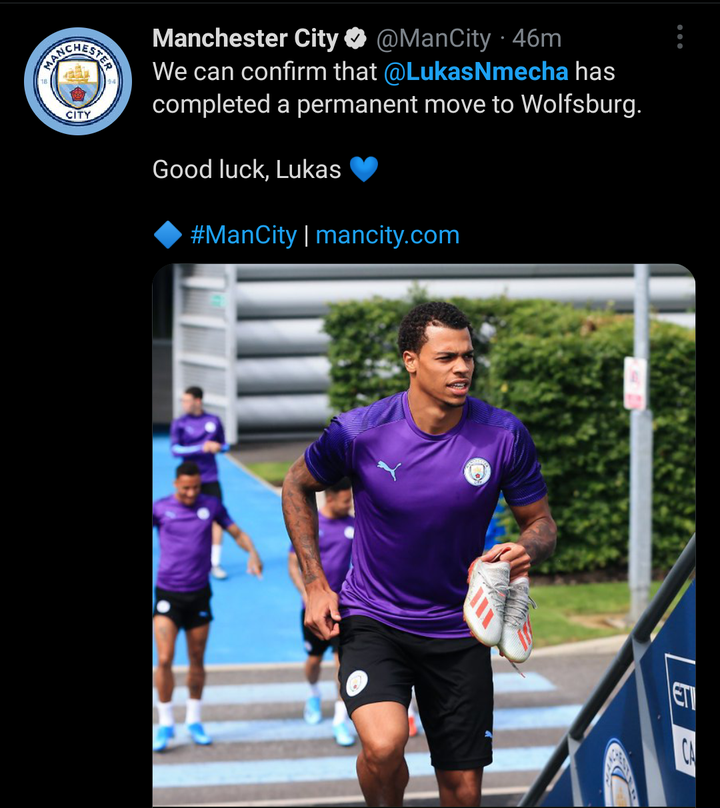 Manchester City have a buy back claude included in the deal for Nmecha - and slso potential 15% of the future sale.

Lukas Nmecha was born to Nigerian father and German mother in Germany and he is still eligible to represent Nigeria Super Eagles.

Best of Luck to Lukas Nmecha in his new club.