6 Things Every wrestling Fan should know About Rey Mysterio

By Kingofinnovation (self media writer) | 6 months ago

Rey Mysterio is one of the greatest professional wrestlers of all time both in WWE history and in the history of professional wrestling as a whole, he won numerous champions across numerous wrestling promotions, most notably WWE and WCW, the titles he won include the world champions, intercontinental champion, United States champion, tag team champion and cruiserweight champion.

He is regarded as the greatest little men in professional wrestling history, he is a sure fire WWE Hall of famer. We know Rey Mysterio as the father of Dominic Mysterio who is currently holding the smackdown tag team champion, but there are few things only few fans know about the mystery king, we are going to look into those things in this article today.

Rey Mysterio is a Christian and a member of the Catholic Church, he is not just an ordinary member but he devotes himself dearly to the work of God on Earth and holds his faith and believe for God his Creator in high esteem.

He tattooed the cross in his chest and tattooed other Christian symbols on other parts of his body. Rey is also always seen making his Catholic prayer whenever he makes his entrance to the ring by touching his forehead and chest region silently saying in the name of the father, the son and the holy Spirit. He even introduced his family to his believe and brought them near to God.

THE FEINT KICK (619) WAS NOT INNOVATED BY HIM

The rope feint kick known as 619 in WWE is a move so synonymous with Rey Mysterio that it is regarded as a second name to the legend. In my country not everyone knows Rey Mysterio but once you mention the number 619, everyone knows who you are talking about.

Rey is using the move very well in WWE that the fans will always give an ovation whenever he hits the move. Rey popularized the move and made it look real legit. But the truth is that it wasn't Rey Mysterio that innovated the move, it was innovated by a Japanese wrestler known as Tiger Mask, he called it the Tiger Feint and used it greatly in Japan. But when Rey adopted the move he raised it to another height and today even if other wrestlers use it, it will still be called 619.

THE ORIGIN OF THE NUMBER 619 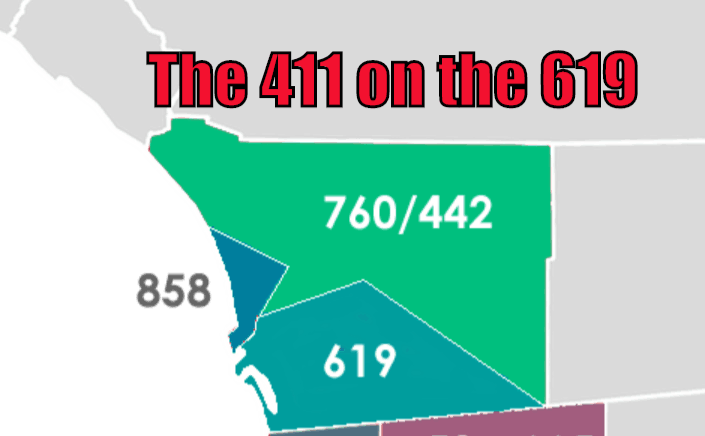 Many fans doesn't really know the origin of the number 619, some think it was a name given to the move, the truth is that it was not just a name brought out from no where, rather it is Rey Mysterio's Area code.

Rey's hometown is San Diego California and the area code is 619, so whenever you hear 619, know that Rey is just trying to remind us of the great city he is coming from.

EDDIE GUERRERO ONCE SAVED HIM FROM LOOSING HIS MASK IN WCW

Halloween Havoc 1997 will always be remembered for one reason which is the classic match between Eddie Guerrero and Rey Mysterio for the WCW cruiserweight champion.

It was a title vs mask match and should Mysterio loose the match he will take away his mask. But after a great contest, Rey won the match and the title thereby retaining his mask at least for the moment. But what everyone doesn't know is that Eddie was supposed to win the match and retain the title thereby causing Mysterio to loose but Eddie who is also from Mexico and knows what the mask means for the luchadors interfered and went to the authorities, talked to them and changed their minds. That was why Mysterio won the match.

HE IS THE LIGHTEST WRESTLER TO HOLD THE WWE, WORLD HEAVYWEIGHT, INTERCONTINENTAL AND UNITED STATES CHAMPION Rey should thank Vince McMahon very much for not looking down on him even though he was little because Vince is a fan of big men and relegates wrestlers of Rey's size to the cruiserweight or tag team division, instead he put Rey against heavyweights like Kurt Angle, Christian, Edge, Chris Jericho even at his early stages in WWE

PAUL HEYMAN BROUGHT HIM TO THE UNITED STATES 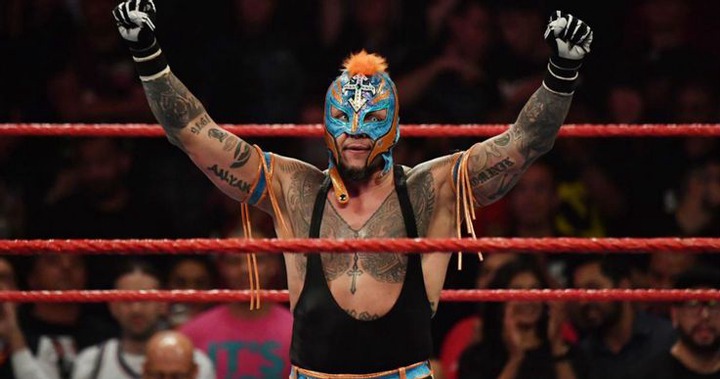 Another promoter Mysterio should be thankful to is Paul Heyman for bringing him to the United States. Mysterio was trained by his uncle Rey Misterio Sr. in his home country of Mexico, he debuted at the age of 14.

Paul Heyman saw him and the potentials he had and signed him to his ECW promotion even at a young age, from there he headed to WCW and then to WWE where he had his greatest push.