Following a 4-1 defeat by lowly Watford, Ole Gunnar Solskjaer's stint as Manchester United manager came to an end, as Chelsea, Manchester City, and Liverpool drew away in the Premier League title race. 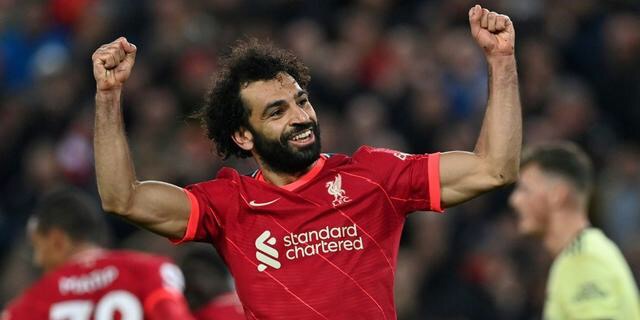 Solskjaer was fired on Sunday after United had only one win in their last seven league games, leaving them 12 points behind the leaders and fighting for a place in the top four.

Watford's three points had an impact at the bottom of the table, where Newcastle is in danger of relegation unless its new Saudi owners can complete a comprehensive rebuild in the January transfer window.

Three of the biggest talking points are examined by AFP Sport.

Despite humiliating home defeats to Liverpool and Manchester City in the last month, United's decision makers stuck with Solskjaer.

However, the manner of another dreadful performance at Vicarage Road shattered their resolve, and Solskjaer became the fourth United manager to be fired in the eight years since Alex Ferguson retired.

United is still in contention for a spot in the Champions League next season, with other results keeping them just six points below the top four.

However, after announcing plans to recruit an interim manager for the remainder of the season in the hopes of having a better pool of candidates, the club's management has been accused of already giving up on the season.

To make United's weekend even worse, Chelsea, City, and Liverpool exposed the difficulty that any new manager at Old Trafford has if he wants to fight for the title.

By a combined score of 10-0, the top three swept away three clubs with top-four hopes.

Chelsea took a six-point lead at the top of the table after a convincing 3-0 win over Leicester, but Liverpool reacted with a 4-0 hammering of Arsenal, and City closed the deficit to three points with a 3-0 win over Everton.

Newcastle were the only team in the Premier League under new management this week, thanks to victories for Steven Gerrard in his first game in charge of Aston Villa and former Villa boss Dean Smith in his first game as Norwich manager.

Eddie Howe was unable to take command in person due to a positive coronavirus test during his first match since arriving from a hotel in Tyneside.

The Magpies battled back from two goals behind to earn a point in a 3-3 draw with Brentford.

However, the victories of Villa and Norwich, together with Watford's humiliation of United, have placed Howe's side in a much worse position than they were at the start of the weekend.

Newcastle are now bottom of the table, six points adrift of safety, with games against Arsenal, Liverpool, Manchester City, and Manchester United yet to come before they can turn to the Saudi sovereign wealth fund for reinforcements in the January transfer window.

Content created and supplied by: mynisem1992 (via Opera News )