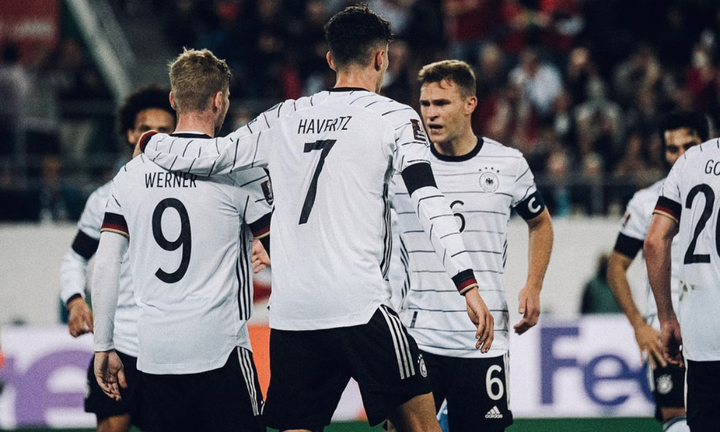 Chelsea football club of England stars Kai Havertz and Timo Werner were the heroes for Germany national team on Monday night, as they scored three goals in their 4-0 victory over North Macedonia in the FIFA World Cup qualifier against North Macedonia. 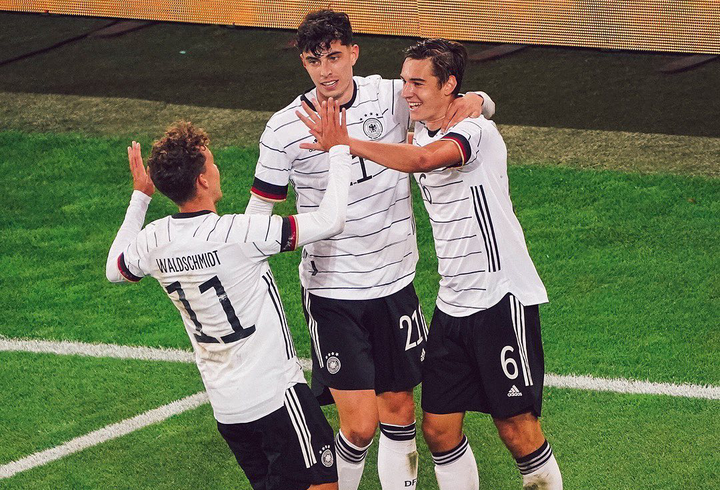 The duo were given starting roles by coach Hansi-Dieter Flick, following their outstanding performances for the team in their last game, and they were able to impress again.

Timo Werner started in Germany's attack alongside Kai Havertz and Bayern Munich's Serge Gnabry and the trio were superb in the game. 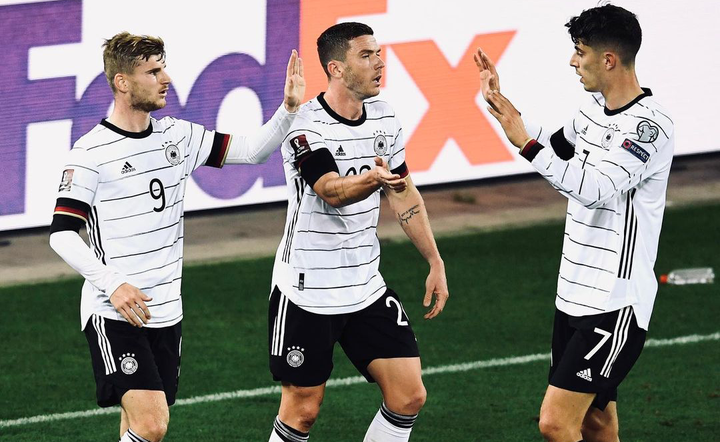 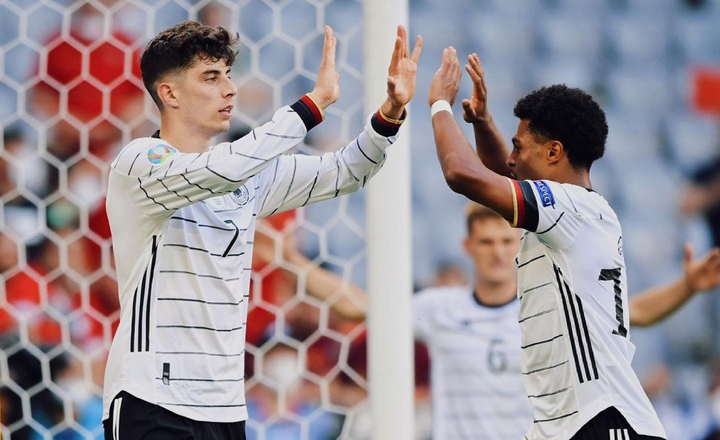 Timo Werner and Kai Havertz were outstanding for Germany national team in the entertaining encounter, and they were able to mark their excellent performances with three goals.

The victory over North Macedonia national team has now taken Germany to the top spot of their group table with 21 points from 8 matches played.