By Areolalekan (self media writer) | 1 year ago The ex-midfielder picks Barca's captain because he used to play against Leo.

"I've played against him and I've seen him be named the best player in the world five times," the former Bayern midfielder replied.

"That's why I stick with Messi. He's kept a high level for more than 10 years."

Maradona's playing career was marred by the numerous off-field incidents, including the infamous a 15-month ban for failing a drug test for cocaine during his Napoli times in the early 1990s.

By contrast, Leo has been at his very best for almost 15 years from scoring his debut La Liga goal in 2005 to winning the record-breaking Pichichi award in 2020.

Which other records Messi could set in the next years? 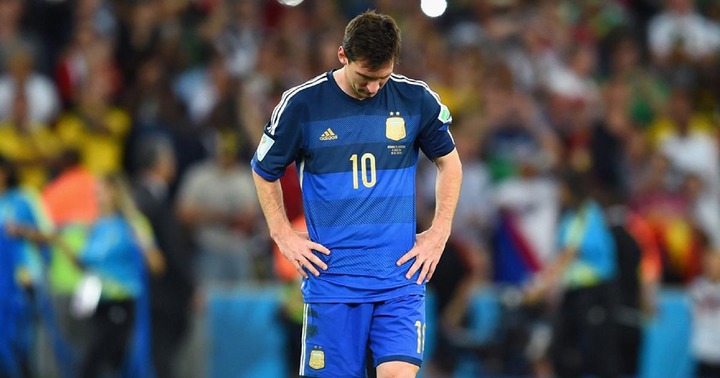 The former Bayern star believes the World Cup trophy is the only thing missing in Leo's illustrious career.

"I'd be delighted if Messi won the World Cup because then he could call himself the best player in history," Brazil legend Ze Roberto.

The former Bayern Munich player added: "It's the only thing he's missing in his career. Messi is one of the best players in football history alongside Pele and Diego Maradona."

The Barcelona legend has taken part in four World Cup tournaments during his illustrious career but failed to win the trophy.

He came really close in 2014 when his Argentina were beaten by Germany in the final thanks to Mario Gotze's goal in the extra time.

Do you think Messi would win the next World Cup in Qatar in 2022? Share your predictions in the comments