By IsaacOriyomi (self media writer) | 21 days ago

On Tuesday evening against Manchester City, Lionel Messi was spotted lying on the ground to defend a free kick as PSG tried to preserve their 2-goal advantage in the closing stages of the game. 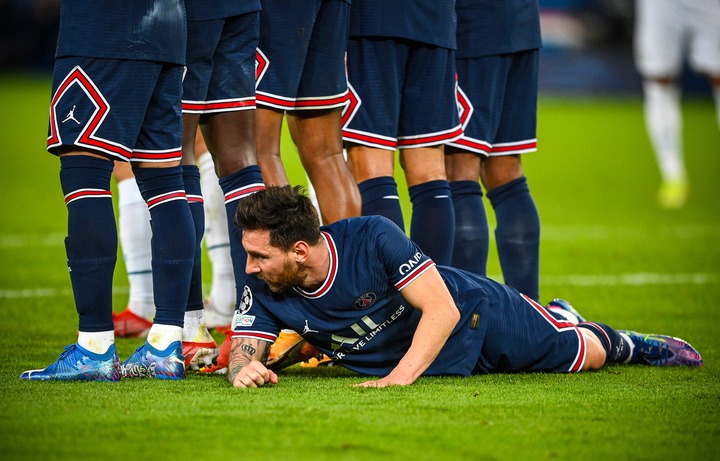 While some fans think it is an embarrassing thing for a world best player to be seen in that situation, others have pinpointed the fact that Messi is the main reason defenders have adopted this idea of lying behind the wall to stop free kicks from going into the net.

Players don't defend free kicks this way until recently when Messi scored 2 goals from under the free kick wall in the 2018/2019 season for Barcelona.

So, when they were about to face Inter Milan in the Champions League that season, the Italian club had already prepared to form a wall setup with another defender lying on the ground to prevent the ball from going under the feet of the jumping players in case Messi was to play a free kick underneath the wall.

And although, Messi wasn't available for the game, Inter Milan still utilized their plan. It was Marcelo Brozovic who lay down when Barcelona had a free kick which was taken by Luis Suarez. Since then, the style has been used frequently. 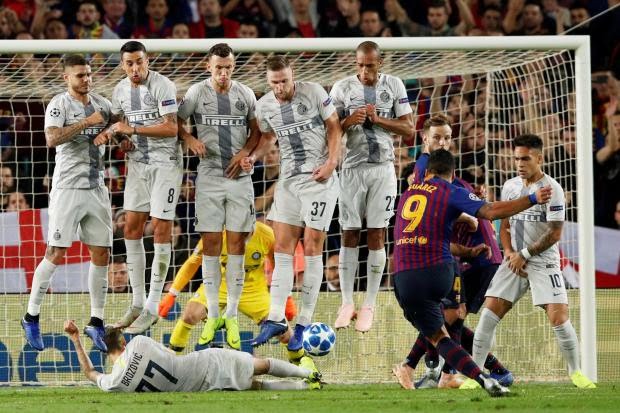 Messi, who was in the stands during the game, laughed at Brozovic's idea, but it was now his turn on Tuesday to face the same situation other players have been facing because of him.

Here are some of the comments from fans: 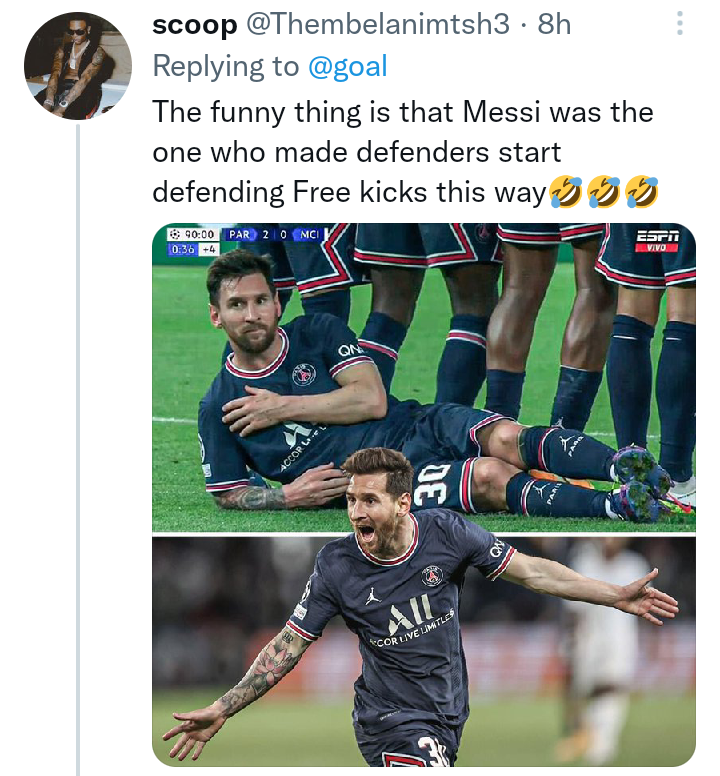 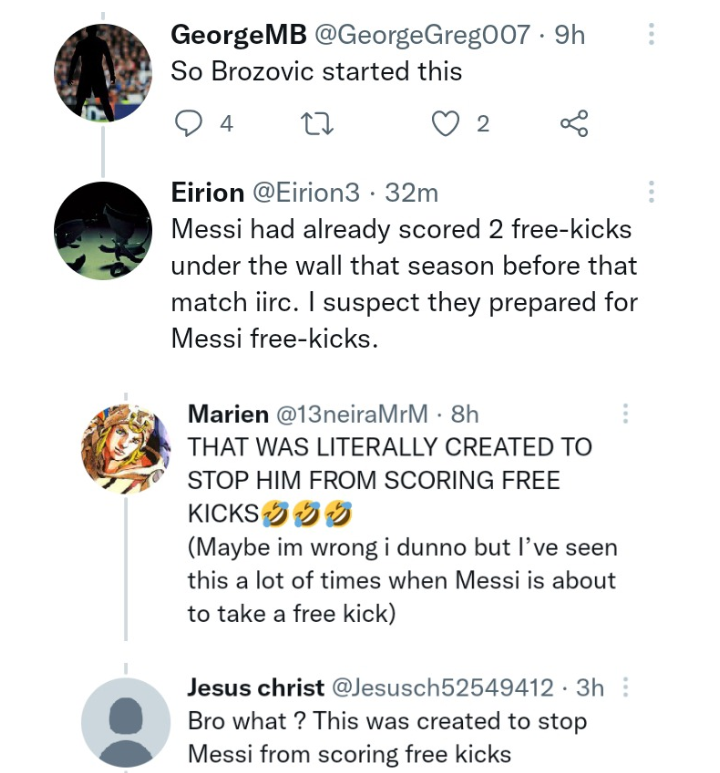 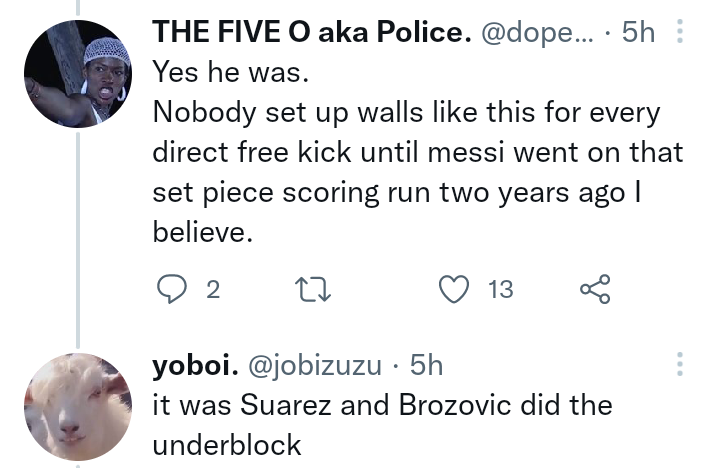