By OlokeO (self meida writer) | 1 months

Athletic Bilbao triumphed over Barcelona in the final of the Supercopa de Espana at Estadio La Cartuja three months ago and both sides are back in Seville. They will lock horns tonight in the final of the Copa del Rey, a clash both sides will be entering with much vaunted ambition and pressure. Athletic Bilbao lost the delayed 2020 final two weeks ago to Real Sociedad thanks to a Mikel Oyarzabal strike, while Barcelona fell flat against perennial rivals Real Madrid in El Clasico last weekend with a 2-1 loss at the Nom Camp. 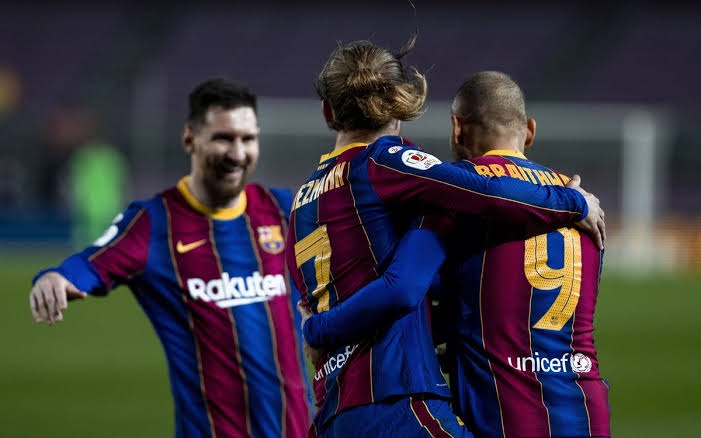 Barcelona has won the Copa del Rey title 30 times, six out of the last eleven. The hot like kitchen pressure is on for Dutch born manager Ronald Koeman and his troops to deliver on the big stage, something they’ve failed to deliver in the Supercopa, the Uefa Champions League and El Clasico fronts. Should Koeman falter against a roaring and hungry Athletic, managed by the shrewd Marcelino, distress is within touching distance and the exit door is the next destination.

It was the perfect start for coach Marcelino, having beaten Spanish and Euro giants Real Madrid in the semi-finals stage of the competition, but recent poor form means the Copa del Rey title seems their only chance of tasting European football campaign next term.

Marcelino will be anxious to correct the wrongs that happened two weeks ago, when his Athletic team put up a poor display in a historic final against their great Basque rivals. If they could pair a Copa title with their Supercopa trophy from earlier this season, the campaign would be considered a huge success, as well as one that earns them Europa League qualification. The 'Los leones' have lost three Copa finals to Barcelona in the past 15 years, in 2009, 2012 and 2015.

Barcelona, on the other hand, has done extremely well since January, with a record of 10 wins, one draw and one loss. Despite losing last week's El Clasico clash to eternal rivals 'Los Blancos', they're still in touching distance of Atletico Madrid at the summit of La Liga table. A feat that seemed almost impossible at the start of the New Year.

Checkout Chelsea's team news vs Leicester City ahead of the Premier League clash.

Two Chelsea defenders who might leave in the summer

OPINION: Chelsea Could Go Trophyless This Season Because Of These 3 Reasons