After the UEFA Champions League and Europa League matches, the premier league clubs will be in action this week and I will be showing you the table, top goal scorer, assist leader and 4 clubs that might play a full-time draw.

Thomas Tuchel and his men are still leading the race to win the premier league trophy, I believe that Chelsea will be outstanding in the rest of the games, Chelsea will face Norwich City at Stamford Bridge on Saturday and I think that, the boys will secure all the 3 points. Liverpool will be facing Manchester United and Jurgen Klopp men are one point behind Chelsea, while Manchester City got 17 points and Pep Guardiola's men will face Brighton. In my own opinion, Chelsea will maintain their position this week, despite that Romelu Lukaku and Timo Werner are likely to miss the game. 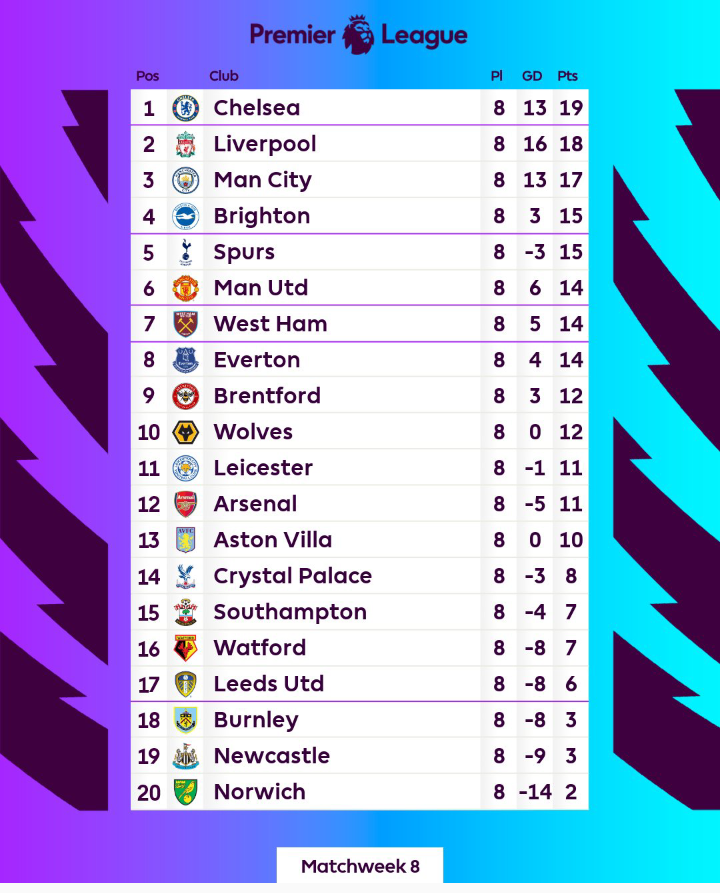 Manchester United midfielder Paul Pogba is still leading the race to win the play marker award, the French midfielder has so far registered 7 assists in the premier league, though Manchester United were poor in their last two EPL games, Paul Pogba could start against Liverpool and I believe that he will make the difference. Gabriel Jesus, Mohamed Salah and Abdoulaye registered 4 assists. 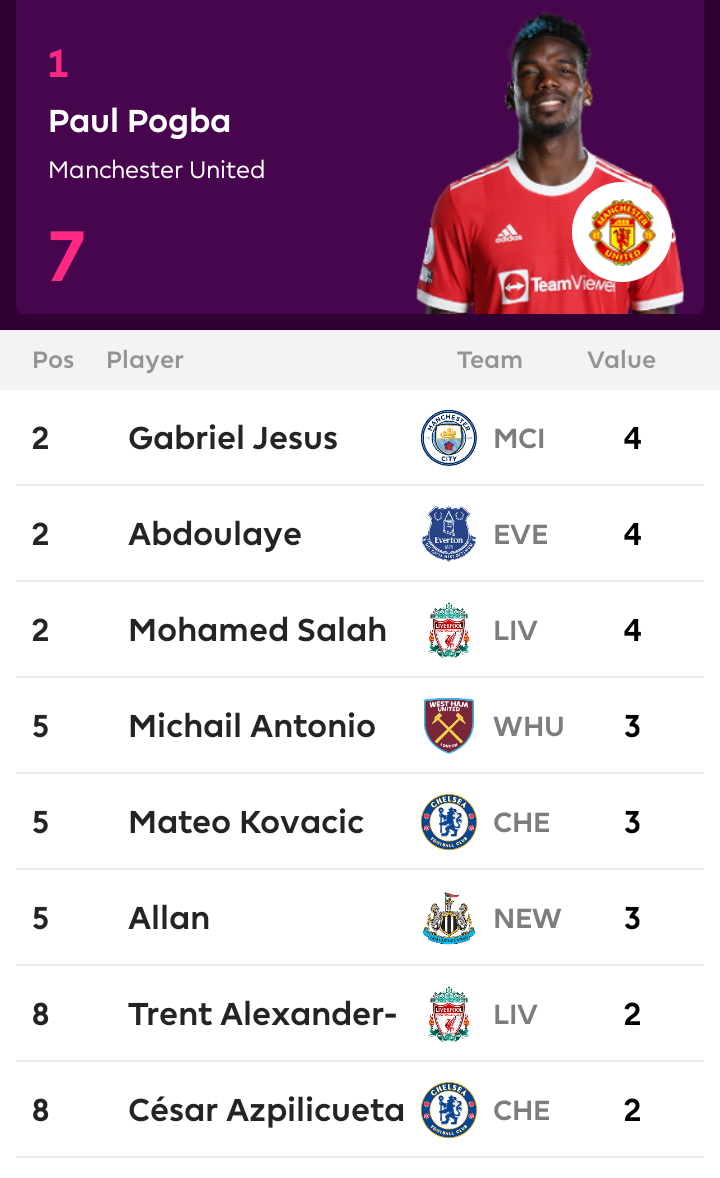 Mohamed Salah is still leading the race to win the premier league golden boot, though Jamie Vardy also got 7 goals while Michail Antonio and Sadio Mane got 5 goals. 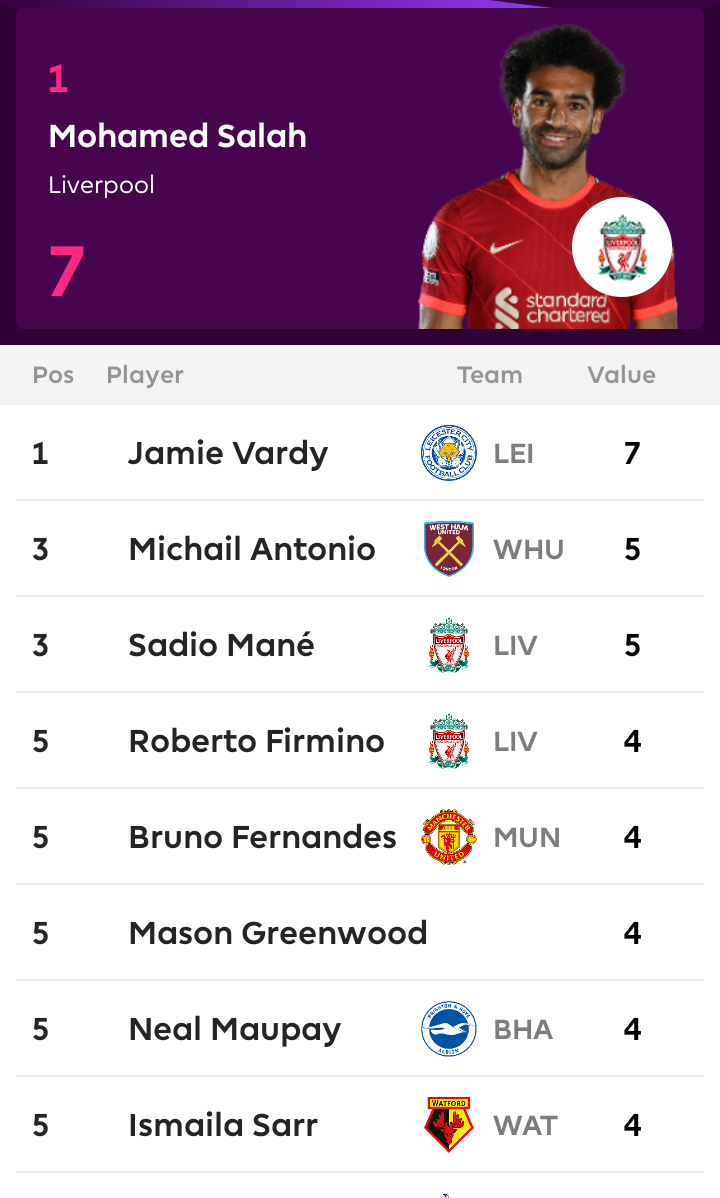 2. Manchester United X Liverpool: Ole failed to win his last 2 EPL games and a draw against Liverpool could secure his job.

3. West Ham United X Tottenham: both clubs won their last premier league games, we all know that it's a London derby and I believe that the game will end in a draw.

4. Brentford X Leicester City: Brentford were at their best in the EPL this season, despite the defeat against Chelsea, while Leicester won their last game against Manchester United. 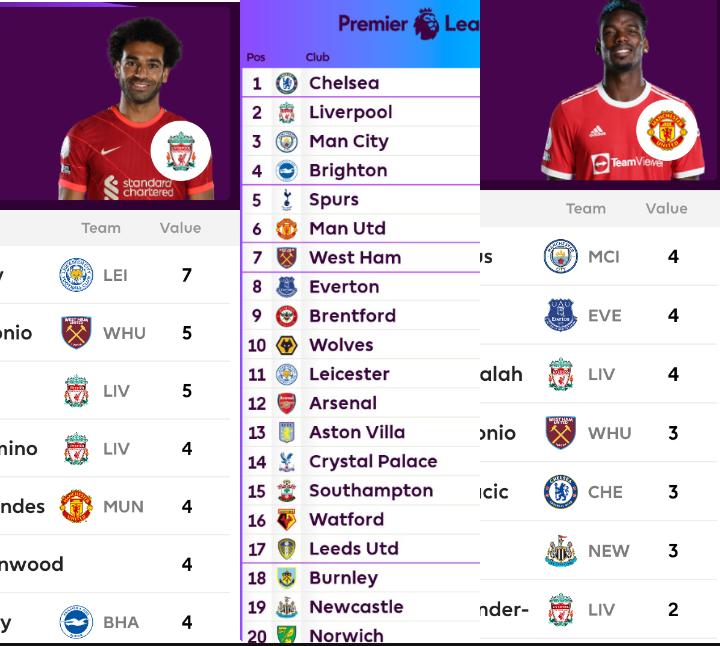