No Lukaku, No Werner, No Problem: Chelsea Dazzles in a Seven-Goal Thrashing of Norwich City

By Cowboy (self media writer) | 3 months ago

For a team that had lost their key strikers to injury during the midweek UCL, Chelsea team was certain they were going to head into this weekend’s Premier league fixture without a number 9. In as much as Norwich sat at the last spot on the table, yet nothing prepared any fan or viewer for what was going to happen in Stanford Bridge this afternoon.

The major purpose of a striker is to convert chances into goals, and when a team plays with no striker, many of the chances created could be lost. However, it took Chelsea just eight minutes into the game to begin to quell any questions about their lack of striker.

The opener was from Mason Mount who picked up a pass from Jorginho and fired a beautiful low shot from outside the 18yard box into the far end of the post. And then it all began.

The second goal would come in ten minutes later from Hudson-Odoi who paced unto a through pass from Kovacic, beating the defender with his speed, and then sliding the ball pass Tim Krul into the opposite end of the post. 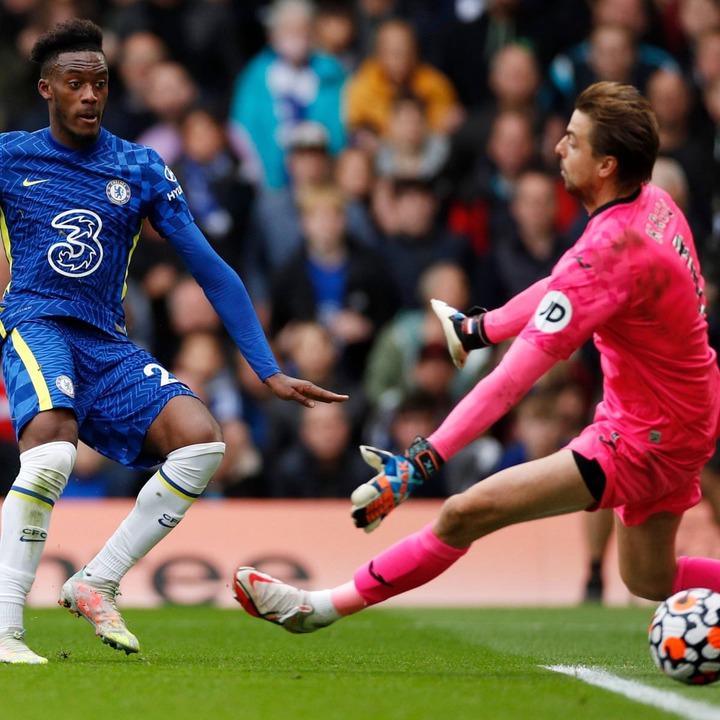 And then, just three minutes before the end of first half, Reece James latched unto a through pass from Mason Mount and beautifully flipped it over the goalkeeper. It was 3:0 and then erased every question about Chelsea’s ability to win the match without a striker.

However, more was still yet to come.

Ben Chilwell who was brilliant all through the game picked up an assist from Kovacic twelve minutes into the second half and fired home a low shot from the edge of the 18yard box. From then on, it was all clear that Chelsea wasn’t just all out for winning, but they wanted it emphatically.

Five minutes later, Hudson-Odoi put in a thunderous cross that saw Norwich defender, M. Aarons deflect the ball into his own net after the goalkeeper made a futile effort to keep it out. It was a frustrating afternoon for the Norwich No. 1.

To pile more misery on the already battered Canaries, Ben Gibson, after a dangerous tackle on Reece James, picked up a second yellow card and depleted his team to ten men.

A handball inside the 18yard box in the 85th minute saw Mason Mount convert a penalty replay - initially kept out by Krul - and made it 6:0. He would convert another assist from Loftus-Cheek to complete his hat trick and make it 7:0 for Chelsea team. 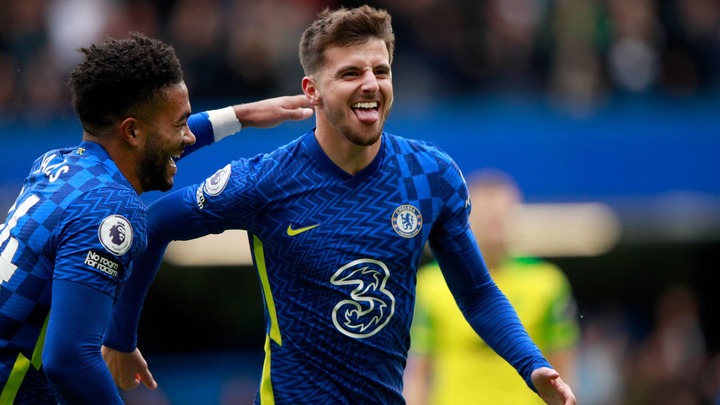 On the other side of the post, Edouard Mendy continued his brilliant performance from last weekend against Brentford, having kept out a clear chance from Teemu Pukki with his leg, buttressing his skill as one of the best Goalkeepers in the league so far.

A scintillating performance from this Chelsea side who headed into this game without a No. 9, and in so doing continues their lead on the top of the table. 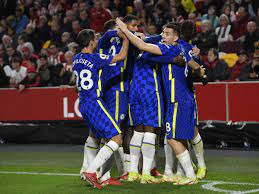