Things you need to know about this Manchester United defender, Timothy Fosu-Mensah

By Horlar_Teee (self media writer) | 2 years ago

The Dutch man who got his first appearance for Manchester United senior team, on 16, July 2020 has been out for a very long time. Timothy returned to Manchester United after he picked up an ankle injury, in Fulham where he was on loan. He is a very strong player, he has speed and a very good challenger.

Fosu Men-sah was allowed to play full game because Manchester United two left back Luke Shaw and Brandon Williams were injured in the game played early against Southampton. Ole was impressed with the Dutch man during training session, and the thought he deserve another opportunity to prove himself on the pitch. 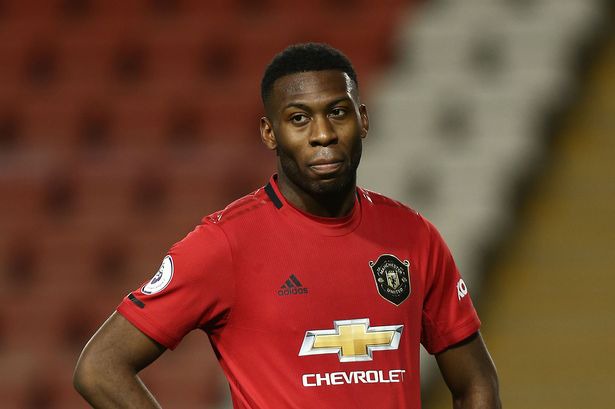 Timothy was born January 1998, in Amsterdam Neithrland to a Ghanian family. He started football at very young age, he started playing for zeeburga in Amsterdam, Then later moved to Ajax in 2006, he played for Ajax for 8 years. In 2014 Fosu moved to Manchester United, he played variety of position for United youth team, including center back, right back and central Medfield (according to Wikipedia). Timothy got his first debut for Manchester United senior team on February 2016, that same year october, he extended his contract for the club till 2020.

Fosu hasn't really gotten much playing time for United since van Gaal left. He was sent on loan to Crystal palace ( 10 August 2017), later to fulham the following year (August 2018). In total he has 22 appearance for Manchester United, haven't scored any goal neither gotten any assist.

Here is Fosu Men-sah statistics in the premier league : So, that is it for Fosu for now. I hope he get more chance to prove himself.