Galatasaray Close In On Emmanuel Dennis

By kabiyesi (self media writer) | 7 months ago 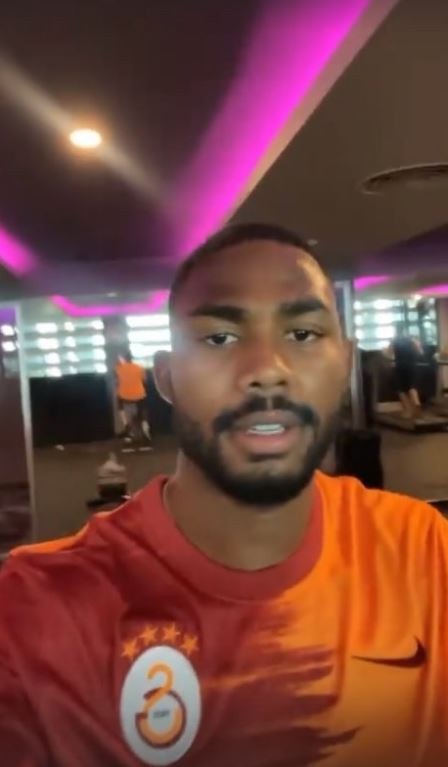 Baring any last minute hitches, Turkish Super Lig giants, Galatasaray will in the coming days wrap-up Emmanuel Dennis signing if feelers from Istanbul is anything to go by.

The 22-years old Club Brugge striker was seen in Gala jerseys in one of his social media accounts post thus sparking rumours about his imminent transfer to the Yellow and Red side.

Dennis was dropped from from the squad after he caused uproar in the team bus over sitting positions, but D'Avilla is bent on bringing the fleet-footed striker to the club this summer. The forward who could operate from right and left side of the attack was in action when Gala faced Club Brugge in 2019 UEFA Champions league clash.

In 2017, Dennis joined Club Brugge from Zorya Lugansk on a transfer fee of 1.4 million euros, but was loaned to FC Cologne in January. He then struggled to settle down to life in the German Bundesliga scoring one goal with one assist in 10 matches. The light-skinned striker scored 28 goals with 13 assists in 116 matches in Club Brugge colour.

But it remains to be seen if Gala will be willing to strike a deal with William D'Avilla and bring home their prodigal son after the club failed to endorse Henry Onyekuru's 4.5 m euro buy out clause last month.