Mother Teresa is known for her Catholic faith and her service to those in need. Believe it or not, there were people who criticized some of the ways she worked and some of her beliefs, but she was a woman who followed her own convictions no matter the consequences. 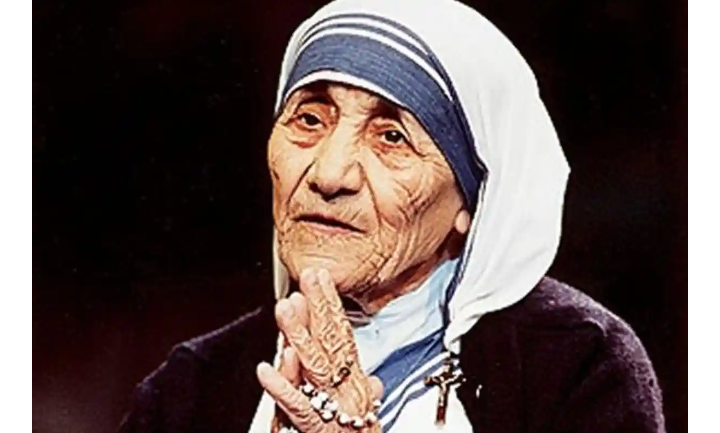 Her passion for good began when she was only a little girl. The start of her journey began in her hometown of Skopje, Macedonia, which was then part of the crumbling Ottoman Empire. Her life in the culturally rich city was a pleasant one — at first.

Mother Teresa was born Agnes Gonxha Bojaxhiu back in 1910. Her family was well-respected thanks to her Albanian father, who was a local businessman, but all that changed when she turned 8.

Then, Agnes' father passed away, leaving her mother, a devoutly religious woman, to open an embroidery and cloth business to support her three children. One can imagine the constant struggles, but the family was not alone. They had their faith in God.

Little Agnes was very much involved with their local parish, and found the work to be her calling, or at least a part of it. Although it would be hard for her, her mother, and her siblings, Agnes decided to take a great leap.

Agnes left home in her late teens, headed for the Loreto Abbey in Rathfarnham, Dublin, Ireland. She was well over one thousand miles away from her home town, but the newly minted nun focused on her work. When she arrived, she was given a new name.

After much preparation, she took her vows and was officially admitted into the religious order. Agnes chose the name Sister Mary Teresa, after her patroness, St. Therese of Lisieux. She had no idea that she would make the name famous.

After a few month of working with the Sisters of Loreto in Dublin, Teresa was given permission to take her work of service to Calcutta, India — an area stricken by poverty. It was here that she discovered what she described as a "call within a call."

At this point in her life, Teresa was a young adult, though also surprisingly mature for her age. With the work she did as a teacher in Calcutta, she had learned a lot herself. As she earned the title of "Mother" among the convent, she became overwhelmed with despair.

While she and her sisters worked hard for the needy in the Calcutta community, two sudden tragedies occurred that changed everything. They would put the nuns, and Mother Teresa, to the test.

The first was the Bengal famine of 1943. The convent pushed through the minimal funding and a scarce food supply, and then were faced with the 1946 Calcutta Killings, when Hindus and Muslims were at odds with each other. The nuns often had to beg for help themselves. It was their only chance to scrape by.

Somehow, they managed to pull through. Mother Teresa was proud of the work she and her sisters had done, but it was not enough. The pain that she saw around her in Calcutta pushed her to make a difficult choice.

The now fully grown woman took it upon herself to take further steps into harsher side of life by working among the poorest of the poor in the slums of Calcutta. She had no funds and no help. All she did have was her faith that God would be there for her.

Mother Teresa began her work with the poor by opening a school for the children. Not losing any faith and becoming a beacon for the children and their community, her hard work was soon rewarded. Surprisingly enough, the eastern European woman soon become ingrained in Indian culture.

One reason Mother Teresa became a respected hero in India was that she chose to don traditional Indian clothing, which became a part of her character. Soon, her work spread across the globe, to hundreds of countries and even more communities.

Eventually volunteers joined her in her work, as well as financial supporters. They were inspired by her message, summed up by the belief that "there are no great things, only small things with great love." Once the school was well taken care of, Mother Teresa set her sights on another problem she sought to fix.

As she entered her 40s, Mother Teresa's boldness grew as she made a request from the Holy See to start her own order. When the request was approved, so began the days of the Missionaries of Charity. This organization dedicated itself to the unwanted around the world — the poor, the orphans, the lepers, and the elderly.

The Missionaries of Charity took care where no one else would, with the sick and dying. Their goal was to provide a home where these people could be cared for and die with dignity. There was some controversy, but overall Mother Teresa had earned the respect from those around her, especially for her bravery.

She showed no hesitation in putting herself in harm's way, no matter if there was a disease outbreak or gunfire in the streets. In 1982, Teresa left India for a brief period to navigate through a literal war zone during the Siege of Beirut. The nun convinced the Israeli and Palestinian combatants to strike a temporary truce so she could personally evacuate children from a nearby hospital.

Before being a nun, before being a caretaker, Mother Teresa was truly a loving person. She may have her controversies, like not providing painkillers to those in her homes and implementing very strict anti-abortion rules, but at the end of the day, she did become an icon of purity with her incredible work.

Mother Teresa was honored for her work, winning the Nobel Peace Prize in 1979 and being canonized a saint in 2016, just nineteen years after she passed away. Her work has been passed down to those who also felt a call to do good. She'll go down as the most famous nun in history, though she'd say she was just following the example of the heroic women who came before her.