Barcelona have fallen from grace to grass, before the la liga restart, barcelona were two points ahead of Real Madrid, but real Madrid were crowned la liga champions Lin their last match, while Barcelona were disgraced by ten men Osasuna. Lionel messi would be disappointed with his new coach inability to continue from where Ernesto Valverde stopped. Barcelona would face Deportivo Alaves in their Last La Liga Match of the season at Mendizorrotza Stadium by 4pm today. 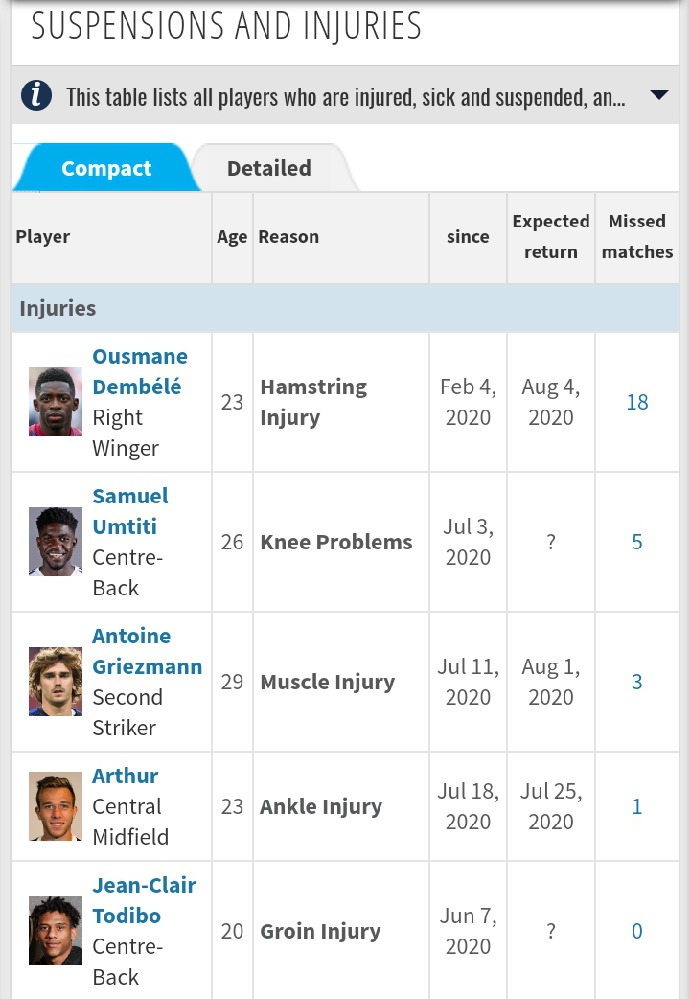 Ousmane is out with a hamstring injury, while Samuel Umtiti have Knee problems and won't be Available. Antoinne Griezmann would also miss out today's game against Alaves due to Muscle injury. Arthur won't feature for Barcelona until Jul 25 when he would return for Champions league. Jean-Clair is out due to groin injury. For La Liga matches, Gerard pique, Ivan Rakitic and Junior Firpo is currently suspended due to yellow card suspension and won't be available for their last match against Alaves today. While for Champions league, Arturo Vidal and Sergio Busquets are suspended for their next match in Champions league. 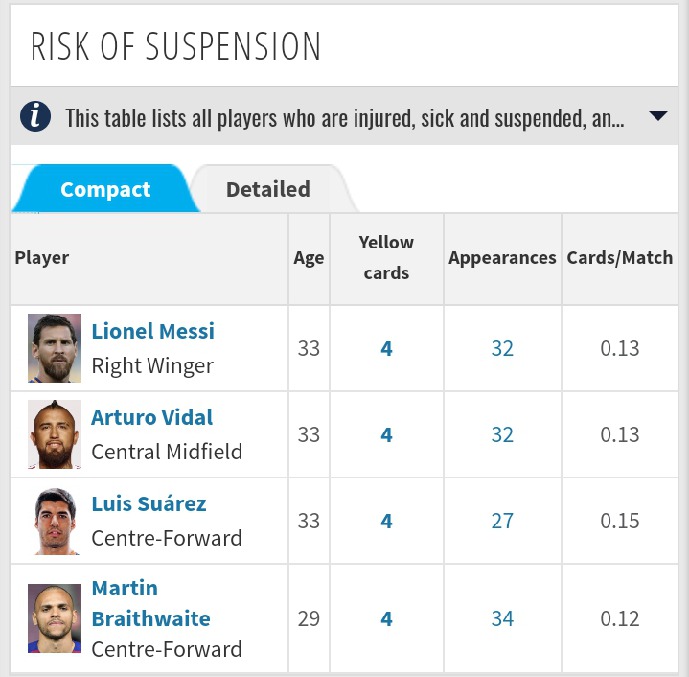 Lionel Messi, Martin Braithwaite, Luis suarez and Arturo Vidal would be suspended for their next season opening games if they get booked with a fifth yellow card during Deportivo Alaves Clash this afternoon. 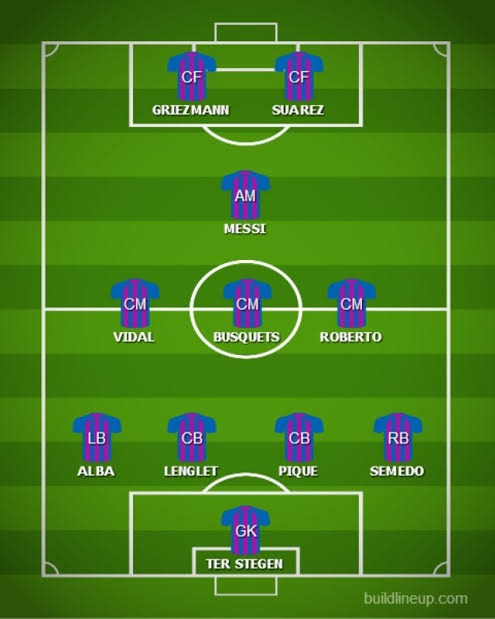