8 of The Most Injury Prone Players in Premier League History

There's nothing more aggravating than being unable to play because of niggles, aches, and pains. Several stars have been afflicted by injury throughout the Premier League's history, with their time on the treatment table robbing them of the chance to play on the field. With 10 of the Premier League's most injury-prone players, we've chosen to take a look at the sad careers of some of football's most recognizable faces. 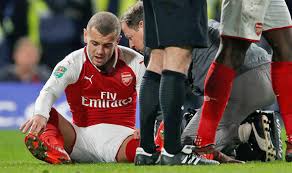 Wilshere was an important member of the team at both club and international level, but both has been forced to play without him far too often. Despite breaking through in the 2009-10 season, Wilshere has only 34 caps to his name, despite the fact that he should be at least ten caps farther along in his international career by now. Wilshere's most common injury has been ankle ailments. 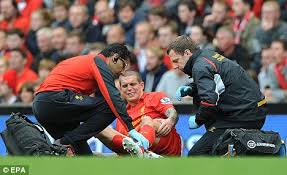 Daniel Agger, a Liverpool defender, has had his fair share of issues, and some Reds fans would have wondered whether he would come off worse when he collided with Wilshere. In his eight years on Merseyside, he has averaged less than 29 appearances a season for Liverpool, owing to long-term injuries that forced him to miss almost all of the 2007-08 season and many more subsequently. For the first time in his career, he played more than 30 games in a league season in 2012-13. His previous injuries include rib, knee, back, and foot issues, to name a few. 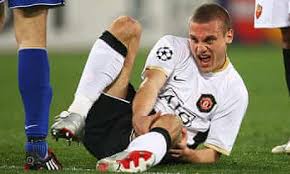 Nemanja Vidic is recognized as one of their best defenders of the Premier League era but he's also been injured on a frequent basis. After two strong seasons in 2007-08 and 2008-09, Vidic has only managed one season since then in which he has played in at least 30 league games due to the recurrence of his strains, injuries, and issues. In fact, in three seasons, he only made 43 league appearances. The worst injury was a long-term cruciate ligament tear, but other knee and calf ailments also played a role. 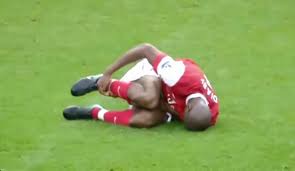 Diaby, who was compared to Patrick Vieira upon his arrival at Arsenal in 2006, was a muscular box to box midfielder whose career was hampered by injury. Many predicted that after an outstanding 2009/10 season, the Frenchman would be a vital figure for Arsenal for years to come, but his troubles soon surfaced, and he only made 32 league appearances over the next five seasons. Diaby was permitted to leave the Emirates on a free transfer in 2015, but injuries plagued him throughout his two seasons with Marseille, and he only made five Ligue 1 appearances in two seasons before retiring in 2017 at the age of 32. 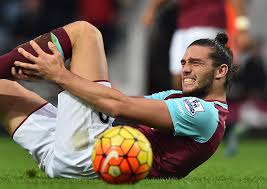 The same injury will usually recur in an injury-prone player. Injuries are like Pokémon for Carroll. It's almost to the point of being a difficulty. The striker has had knee injuries, heel bone injuries, fractured feet, ripped ligaments, medial collateral ligament knee injuries, groin injuries, ankle injuries, rib injuries, hamstring injuries, thigh injuries, and, to top it all off, a ruptured intraarticular ligament beginning in the ankle. Carroll injured his ankle while attempting to put on a pair of shoes, putting him on the shelf for ten days. When asked why he picks up injuries, the then Newcastle United midfielder replied, "That's just me." I've hyper-extended most of my injuries when running for a tackle because I'm trying to give 100 percent every time and immerse myself into everything.” It appears that this includes the therapy room. 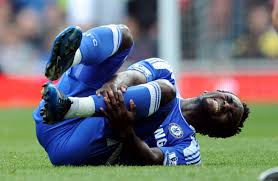 Michael Essien, a former Chelsea midfielder, has seen significantly more bench and table action than the majority of his former teammates. Essien, dubbed "the Bison," was a ferocious midfielder who never shied away from a little of action. But, as a result of his repeated ailments, we never got to see him at his finest on a consistent basis. While at Chelsea, the Ghanaian international was been sidelined many times with knee and leg issues, missing up to six months at a stretch. Essien was also forced to miss the 2010 World Cup, in which Ghana was eliminated on penalties against Uruguay in the quarterfinals. 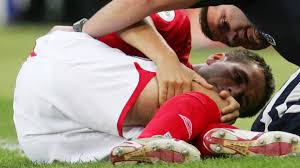 After breaking through as a teenager at Liverpool, Michael Owen established himself as one of Europe's most feared forwards. With lightning speed and ice-cold finishing ability, he was forced to change his game after suffering a devastating hamstring injury at Leeds when he was just 19 years old. Owen remained a key player in the early 2000s, winning the Ballon d'Or in 2001, but his career took a plunge after returning to Newcastle after a loan spell at Real Madrid in 2005. A broken metatarsal and cruciate knee ligament were among a slew of issues that plagued him before thigh and groin issues affected his later years. His issues became so severe near the conclusion of his career that he told BT Sport that he 'couldn't wait to retire.' 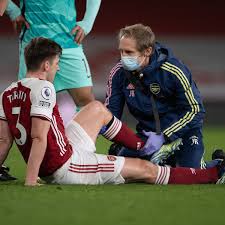 This Arsenal star is at the very top of our list because he appears to be injured all of the time. He is a left-back for the Gunners, although he hasn't been able to play much for them since he has been plagued by ailments. He has already suffered two injuries in the 2019-20 season. One hip injury occurred in June 2019 and a shoulder injury occurred in December 2019. Previously to this, he suffered a groin injury in the 2018-19 season, which necessitated surgery, and was preceded by a hip injury a month prior.

When you think of a player that is prone to injury, who comes to mind?