ESP 1:2 FRA; Impact of the combination of Benzema and Mbappé in France Victory

By Holywinxy (self media writer) | 8 months ago

World champions France were crowned the second-ever UEFA Nations League winners, after recovering from a goal down in Milan to claim a 2-1 victory over Spain in a final of two contrasting halves. 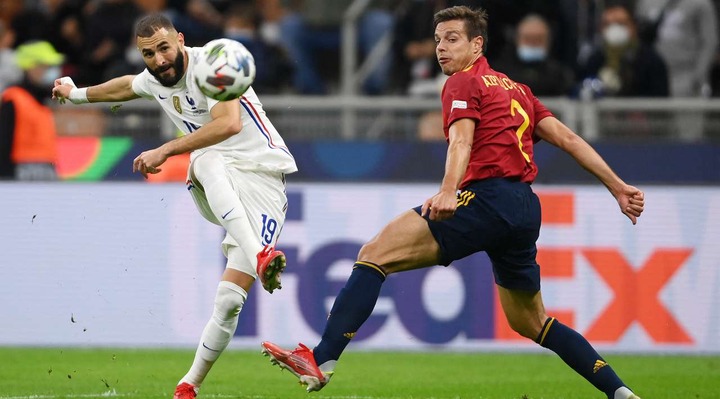 France made a purposeful start, and Paul Pogba created an early chance when he threaded in a perfectly-weighted pass into the path of Karim Benzema, but the latter’s ball across the box was cut out by César Azpilicueta with Kylian Mbappé waiting to pounce. In response, Ferran Torres picked out Pablo Sarabia down the other end of the pitch for Spain, but the Sporting Lisbon man scuffed his effort which was comfortably saved by Hugo Lloris. 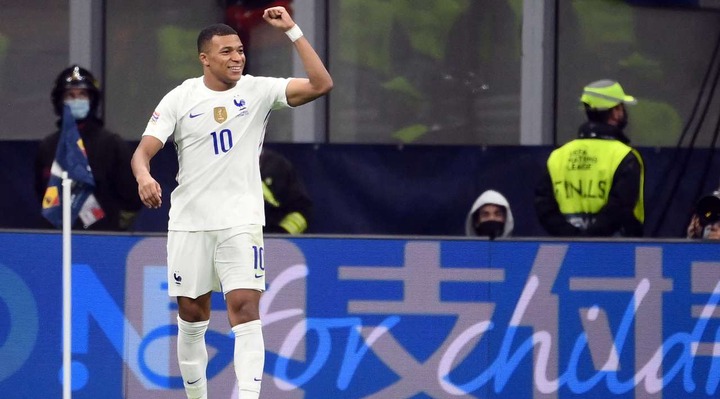 The only real flashpoint in the half came when referee Anthony Taylor undertook a VAR check for a potential handball from Jules Koundé in the box, but after a brief review, no penalty was awarded. A goalless first half set the tone for a tense second, but with silverware at stake, both sides went for broke and attacked with renewed vigour.

It was 'Les Bleus' who had the first real sight of goal after HT, when Theo Hernandez came within inches of breaking the deadlock for France at the end of a blistering break, but the Milan midfielder’s effort cannoned off the bar. Moments later, with almost crushing inevitability for France, Sergio Busquets played a long pass forward to Oyarzabal, who brilliantly took the ball in his stride and fired a fine left-footed strike past Lloris for his sixth international goal. 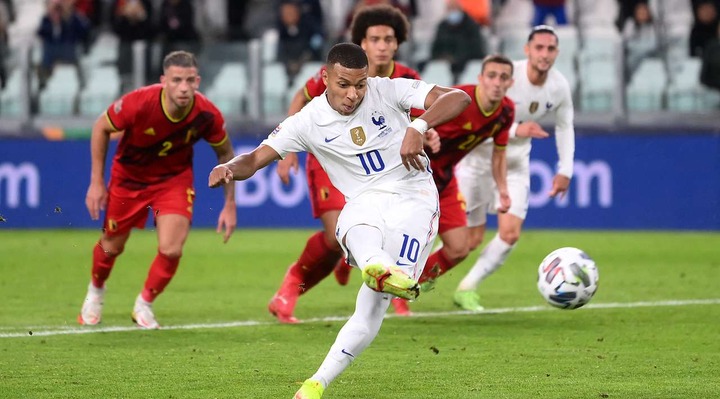 The French response was almost immediate, as Benzema made it two goals in as many games with a stunning curling effort to wipe out Spain’s lead just two minutes later. Though the game was now wide open, it surprisingly took until the 80th minute for the winner to arrive. Timing his run to perfection, Mbappé received a cross-field ball from Hernandez, and bamboozled Unai Simón with a couple of stepovers, before clinically dispatching his shot past the Athletic Bilbao keeper to give France a decisive 2-1 lead, and an everlasting place in Nations League lore.