By MichaelUgochukwu18 (self media writer) | 8 months ago 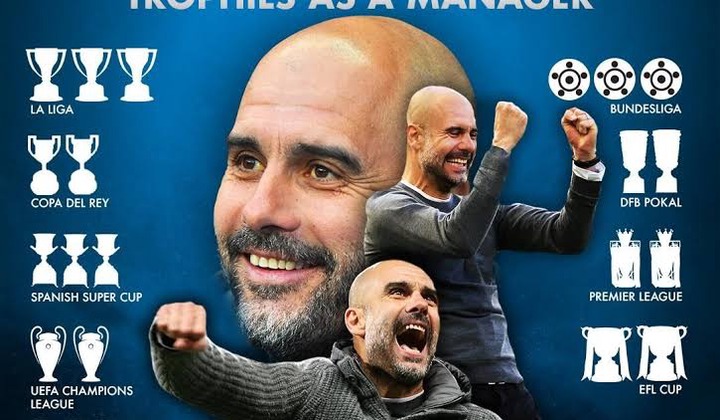 Pep Guardiola says “Manchester City deserve to be in the Champions League final as he praised his players for an incredible European campaign”.

It means Guardiola, who reaches the Champions League final for the first time since he won the competition with Barcelona in 2011 will now lead his side against almighty Chelsea in the final in Istanbul on Saturday, May 29 as City bid to claim major title missing from their trophy cabinet.

Pep Guardiola has been the Manchester City manager since the start of the 2016/17 campaign, the Spanish coach signed a deal to replace Manuel Pellegrini during the 2015/16 season and officially took charge over the summer after cutting his ties with Bayern Munich.

After leaving Barcelona in 2001 at age 30, Guardiola joined Serie A side Brescia as Andrea Pirlo's replacement in the deep-lying playmaking role, where he played alongside Roberto Baggio under manager Carlo Mazzone. Following his stint at Brescia, Guardiola transferred to Roma.

Pep Guardiola has won an incredible 29 major trophies in 11 seasons as manager at Man City, Bayern Munich and Barcelona, he have won two Champions league in his career.

Pep Guardiola has won an incredible 29 major trophies in 11 seasons as manager at Man City, Bayern Munich and Barcelona. He have won Champions league twice in his manager career.

Content created and supplied by: MichaelUgochukwu18 (via Opera News )