By Larrytee (self media writer) | 1 year ago Chelsea have arguably been the most busy club in the transfer window this summer as they wish to improve on their current season.

They have played the whole season without any major signing even after the transfer ban was lifter over them.

During this summer, the blues have completed a deal for Hakim Ziyech and Timo Werner with deals for Kai Havertz, Declan Rice, Ben Chiwell, and the likes still in place. 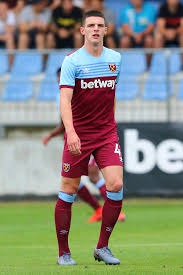 Reports just coming in is that Chelsea are willing to offer two major players to sign Declan Rice from West Ham united. Rice who have been referred to by many Chelsea fans as the new John Terry having spent grown up in Chelsea's Academy.

The two players involved are Ross Barkley and Mitchy Batshuayi, but the reports made known that Chelsea are not willing to add any cash in the deal. However, on the likelihood on this ‘2 for 1’ deal coming to fruition, it seems doubtful. West Ham are reportedly uninterested. 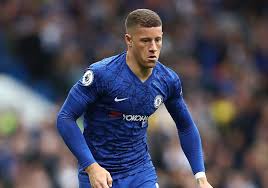 Although it might look like a good deal for West Ham united, as Barkley is in fine form for Chelsea at the moment and Batshuayi is already out of favour in the club, but the Hammers are not willing to along with the deal.

Content created and supplied by: Larrytee (via Opera News )