By TheProfessor (self media writer) | 1 year ago

Arsenal have pulled one of the surprises of the season again to their fans. First was a League win against the best Premier league side of the season and now against the second best team, Manchester City in their FA Cup Semi-final clash at Wembley. Arsenal win against City just like against Liverpool came as a surprise to football fans because Arsenal is not seen as a team who could compete against the very best. Aubameyang gave Arsenal the lead on the 19th minute sliding to finish Nicholas Pepe's cross. Aubameyand also scored on the 71st minute to push Arsenal to the FA Cup final. 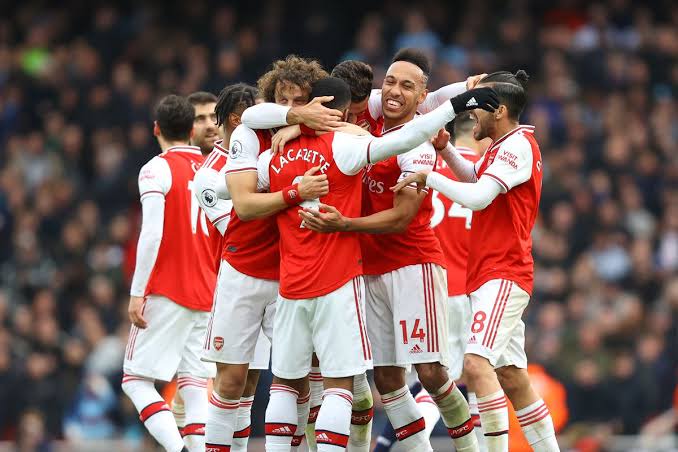 Arsenal's win against Pep Guardiola's team helped them maintain and extend a long standing record between the two teams in the FA Cup. Arsenal have not lost an FA Cup tie against Manchester City in 116 years. The last time they did the oldest living being on earth, Lucille Randon was nine years old.