Man United are sticking with Solskjaer despite his poor performances and mixed outcomes.

By Dwanemw (self media writer) | 8 days ago 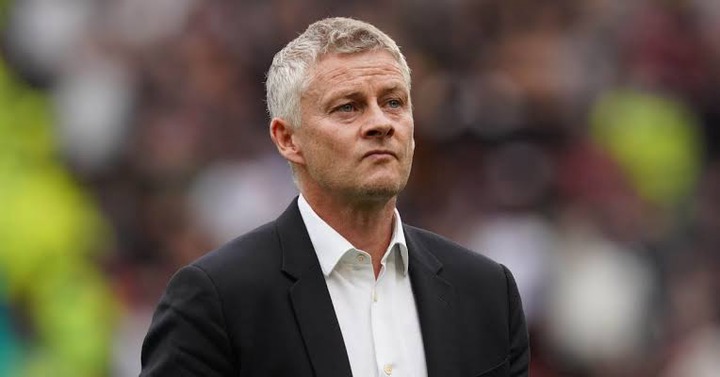 If there were any concerns about Manchester United's attitude on Ole Gunnar Solskjaer, go no further than Mike Phelan's new contract to see that the club has no plans to relieve him of his responsibilities.

Both Michael Carrick and Kieran McKenna, crucial members of Solskjaer's coaching staff, are expected to be given contract extensions, indicating the board's backing for the current structure.

December will mark three years since Solskjaer took charge from Jose Mourinho, who was fired. He has been tipped to be sacked numerous times since then, maybe more than any other Premier League manager, but he is still in charge.

Solskjaer has had to defend himself and United's early season results, and he was questioned again last weekend after United's 2-2 draw with Everton about whether he believed he was the appropriate man to lead the club forward.

"It's the same question that was posed after Wednesday night," says the author (2-1 v Villarreal in the Champions League). He responded, "I'm extremely confident that we'll get the best out of this squad."

“A lot has transpired this month, and we've had Raphael [Varane], Jadon [Sancho], and Cristiano [Ronaldo] with us since August.

"We have a lot of work to do and we need to improve, we both know that, but I have faith in this group of players and the coaching team that I have." "So, sure, in a nutshell."

This time last year, Maurcio Pochettino was being tipped to replace him and he was forced to defend United’s poor start to the season, but each time there has been a crisis Solskjaer has managed to get his team out of it - often against the odds.

Pulling results out of the bag when they are most needed has been a common theme of his three-year tenure. In the 2019-20 season it was almost cyclical; the team would go through a bad spell, have a difficult game and win it.

Think back to United drawing to Sheffield United, losing to Astana, drawing to Aston Villa but then going on to beat Tottenham at home and Manchester City away.

This next run of games could provide another example. United find themselves in a better position in the league than this time last year and are four points better off after seven games. But now comes the real tes

Leicester away, Liverpool at home, Tottenham away and Manchester City at home are their next four league fixtures. Lose and the pressure will increase. But win those games and that title talk will slowly return such is the nature of the job.

Solskjaer is under no illusion that he needs to deliver this season and it’s something fellow countryman John Arne Riise believes he can do.

“I think Solskjaer is doing well. He’s keeping his cool and focusing on the things he can do something about with the team. He doesn’t care so much about the press or what people write about him,” the former Liverpool man told Goal.

“One week he’s the worst manager in history, the next he’s making great subs and looking good again. He’s used to that. It’s a tough job, one of the biggest clubs in the world to manage. He’s always going to be under lots of pressure. He needs to win something, and that’s why I was disappointed that they went out of the League Cup so quickly.”

The Carabao Cup exit to West Ham was a big blow for Solskjaer. Not only is it the easiest of the four trophies available to win but the elimination also makes juggling the playing time of his squad players even more difficult.

He openly admits that it is not his job to keep all the players happy but life will become more difficult for the United manager come January if the likes of Donny van de Beek are pushing for an exit having seen barely any minutes.

With one trophy out of four already out of reach, and the realistic prospects in two other competitions to become clearer in the next four weeks, the pressure over this next run of games is immense.

Former United defender Denis Irwin told Goal, "The essence of the job here is that if you're the manager of Manchester United, you're going to be under pressure." "Ole enters his third season after making some terrific summer additions, and I don't believe he has any illusions about what that implies. As an ex-player who has played with him, I can say that we all want him to succeed and believe he is the perfect person for the job."

There is no getting around the fact that the recent performances have been terrible. However, the club believes that the foundations he has laid and the progress he has achieved over the last three years mean there is no need to make snap judgments based on a few poor results.

According to sources, they will not be sidetracked by social media 'hysteria,' and they remain confident in the team's future.

Dwight Yorke told Goal, "He's been backed and given big money, and we've seen the development that he's made, but now he needs to kick on." "When you have the skill and team that we have, the expectations climb even higher, which is understandable, especially when looking at the attacking line-up."

"We have a superb goalie and a strong central defense." I simply believe we have so much there. If I were managing that football team right now, I would not be thinking that we can't win the league or that people aren't sure.

"I believe that team has what it takes to win the Premier League this season."

If Solskjaer is to achieve his league-winning dream, the next month will be crucial, but even if it isn't a perfect sweep, he'll have the support of those above and around him.

As the club's football director, John Murtough, put it: "We have a long-term strategy in place and are confident in our approach. We must maintain control, not get carried away, and not stray from our course. Ole and his team are putting a lot of effort on it."