By DopeSportNews (self media writer) | 10 months ago

Teams competed in their Matchday six and final match in the Africa Cup of Nations Qualification yesterday.

Namibia defeated Guinea 2-0 in Group A, but the hosts were already eliminated from the competition despite winning yesterday's match. Guinea took a narrow lead in the first half thanks to Mamadou Kane's goal, but just minutes later, Namibia equalized thanks to Peter Shalulile's goal. Namibia completed their comeback in the second half of the match, thanks to a goal by Peter Shalulile. Mali advanced to the next round of the competition after defeating Chad 3-0.

Ghana won 3-1 against Sao Tome and Principe in Group B, maintaining their lead at the top of the table. In the first half of the match, Ghana's Nicholas Opoku scored the game's first goal as they led Sao Tome and Principe 1-0. Jordan Ayew extended Ghana's lead from the penalty spot after Sao Tome and Principe conceded a penalty. South Africa was defeated 2-0 by Sudan, allowing Sudan to progress to the next round of the competition. This meant that South Africa missed out on a major opportunity to compete in the AFCON. Sudan qualified for the next round of the competition thanks to Bakhit and Abdel-goals. Rahman's 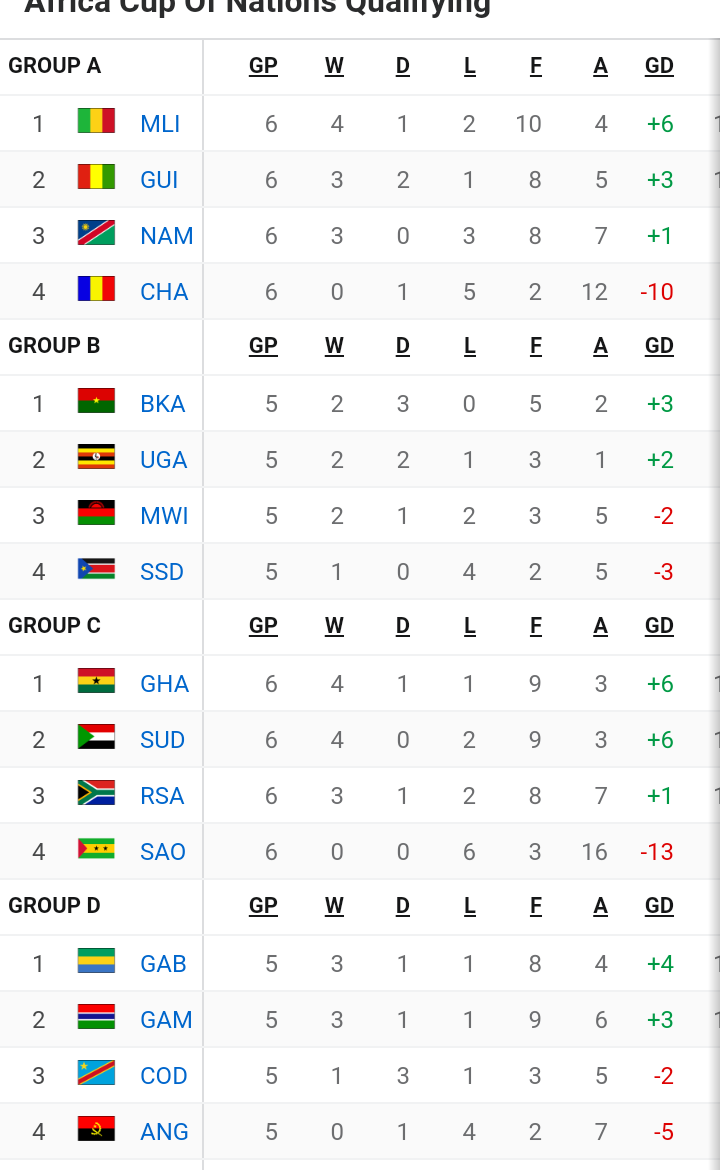 Tunisia won 2-1 against Equatorial Guinea in Group J, maintaining their lead at the top of the table. Tunisia took the lead in the first half with a goal from Jaziri, and Tunisia extended their lead to 2-0 with an own goal from Carlos Akapo late in the second half. Equatorial Guinea attempted to re-enter the game after Firas Chaouat scored an own goal to make the score 2-1. Equatorial Guinea qualified for the next round of the competition despite losing their match yesterday. Tanzania defeated Libya 1-0 thanks to a goal from Simon Msuwa in the first half. Tanzania had already been eliminated from the competition despite winning yesterday's match.

This is how the Africa Cup of Nations Qualification table looks after all of the matches played yesterday. 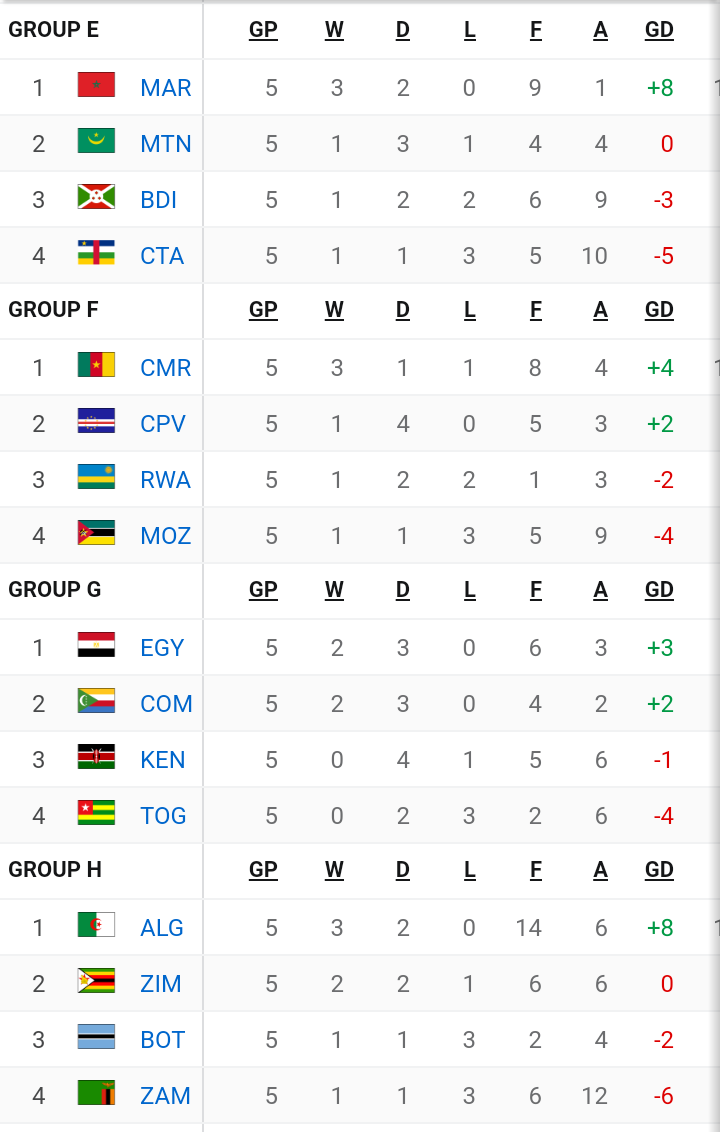 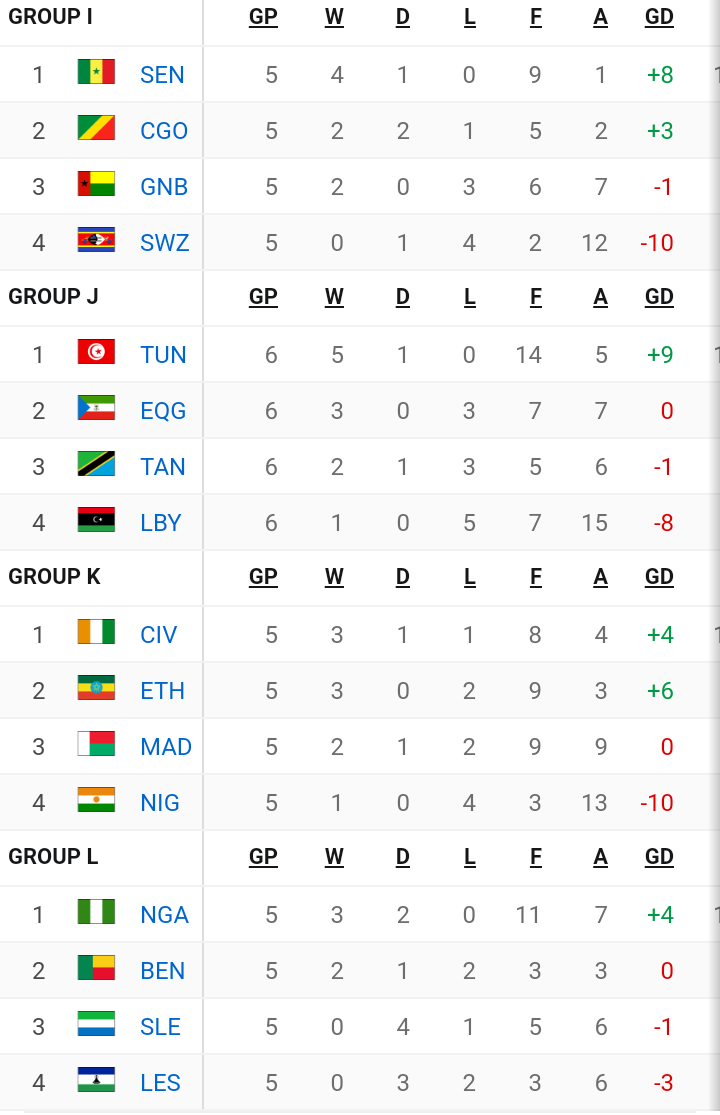 How would you rate your national team's performance in the competition thus far, and how do you feel about their Group table position?