By Ashaolu (self media writer) | 5 months ago

The match went under way in north London for the final match of an epic opening weekend to the new season.

First action in a City shirt for £100m man Jack Grealish and he draws a foul on the edge of the Spurs penalty area early in the contest.

Ilkay Gundogan steps up to take the free-kick, but his curling effort is deflected over the crossbar. From the resultant corner a cross is whipped in from the left and Spurs keeper Hugo Lloris fails to punch it clear - but Fernandinho's header is wide of the target.

Another foul on Jack Grealish minutes later. Spurs defenders did not want to allow him any space to get on the ball. City picked up where they left off last season in terms of possession. 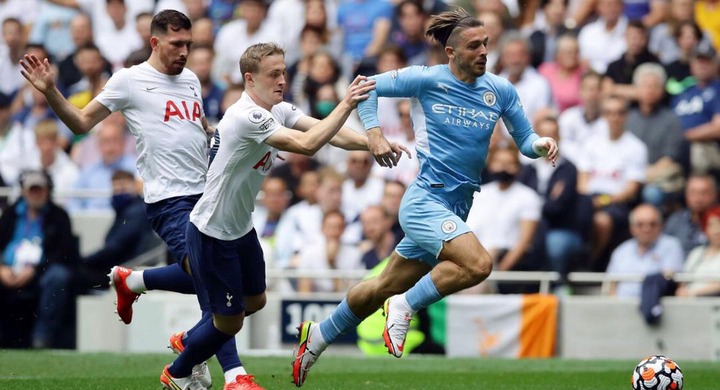 A decent spell of pressure for Man City, keeping Spurs camped in on the edge of their own penalty area. The ball reaches Riyad Mahrez on the right, but after skipping past Sergio Reguilon his cross is gathered in by Hugo Lloris.

Sergio Reguilón and Steven Bergwijn touched the ball once between them in the opening 15 minutes - a measure of how much Spurs struggled in possession against the champions.

Second corner came in quick succession for Spurs, following a smart break with Pierre-Emile Højbjerg at the centre of it. The crowd came alive as Son Heung-Min goes to take the set piece, but Man City deal with it comfortably. 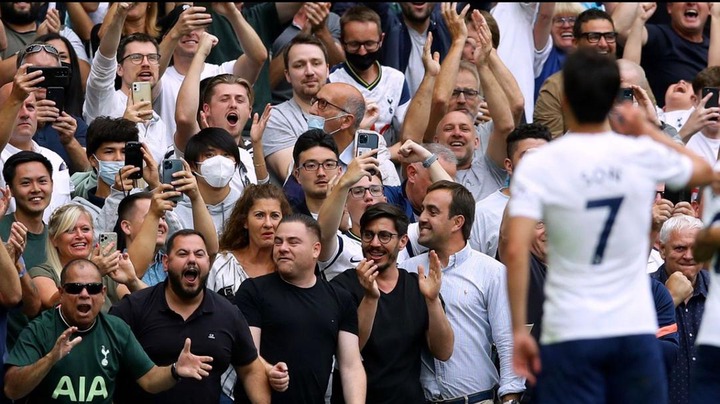 Chance for Spurs after Ederson misjudged a high ball into the penalty area. The City keeper will be grateful to Ilkay Gundogan, who clears off the line at his near post.

More good work from Spurs, as Lucas Moura picks out Steven Bergwijn in a dangerous position on the right. His cross finds Son Heung-Min, but the South Korean international sees his shot partially blocked.

So far so good for Spurs and Nuno Espirito Santo. They defended very solidly and registered more attempts at goal than City. Japhet Tanganga particularly impressive in defence.

HALF-TIME: No goals in the opening period at Spurs, but plenty of tension and excitement. Man City dominated possession, as expected, but Spurs looked lively on the counter attack and defended superbly.

Totthenam were the better side after the restart and their goal came in the 55th minutes. This time, as soon as Son picked the ball up in the wide area, he just wanted to back those sky blue shirts into the box. It was a really clever ball to begin with from Lucas Moura; when Son received it, he's got Nathan Ake in front of him and he did a stepover to help him drift inside. It looked like Ederson couldn't see it, but, it found the bottom corner of the net. "Great goal."

Son Heung-Min has now scored on Spurs' last four home matches against Man City in all competitions. And that strike was his seventh Premier League goal against City overall.

Another chance for Spurs to double their lead came moments later. The ball fell to Steven Bergwijn and he raced clear into the City area, but, fired wide.

After a sluggish start to the second half, Man City started turning up the pressure late in the game as Spurs struggled to keep the ball for the last few minutes. 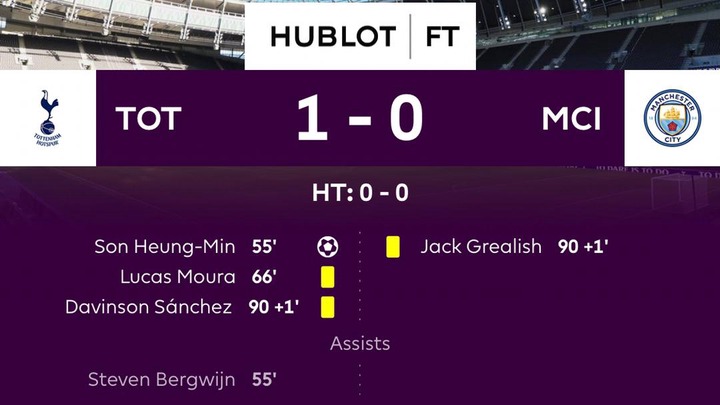