Eden Hazard joined Real Madrid last summer for a fee worth around 90million pounds, as the superstar left Chelsea after a glorious seven years with the blues.

The Belgian first season with the Spanish giants wasn't the one he would have dreamed of, as he was hit with injury several times and was unable to give what was expected of him. He scored just one goal in his first season in La liga ,and he will hope to perform better when the next season begins.

Even though it was not Hazards best season in Madrid, the superstar has already won the Spanish supercup and the La liga trophy. Hazard and his teammate were in a celebratory mood last night as his team won the Spanish league due to a win against Villarreal and Barca's loss to osasuna, the Belgian posted on social media to celebrate with his fans and an that popped a reply from one of his former teammate John Terry. 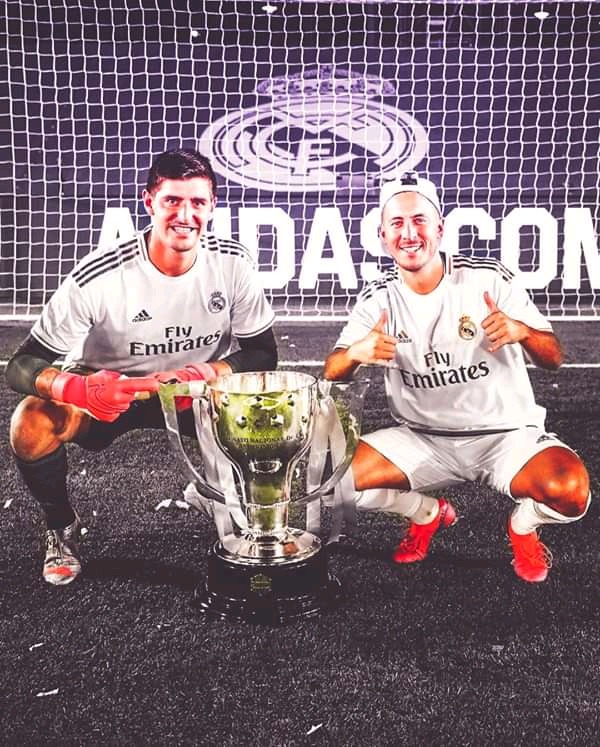