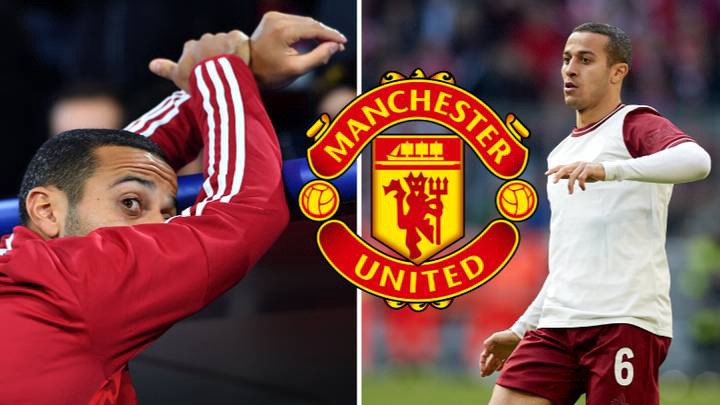 Manchester United are set to beat Liverpool to the signing of Bayern Munich Midfielder Thiago Alcantara according to reports.

Liverpool have been linked with the Spainaird for weeks. They have been lukewarm to making a move for the Midfielder, despite been in the drivers seat to seal the move. Reports emanating this morning proves that, Ole Gunnar Solskjaer is interested in the player, as Manchester United are now the new front-runners to sign the 28 year-old.

Thiago Alcantara has just a year left in his current contract with the Bundesliga outfit, possibility of renewal is very slim though, as the management of Bayern Munich are unwilling to renew his contract, after admitting that they are willing to accept offer for the Spainard.

The former Barcelona player is valued at £30m, any club willing to to sign him, will have to cough out any amount close in that region. With the financial buoyancy of Manchester United £30m, should be an easy pay.

Looking at the current Manchester United team, they seems to have enough option in the middle of the park, adding Thaigo who is a play-maker will add-up massive creativity to the attacking play of Manchester United.

One of the criteria that will ensure this move materialise will be, if Manchester United are able to seal a Champions League slot ahead of next season, something they are still battling with.

Alcantara has been a superb football player for Bayern Munich, the 29 year old obviously still has a few years to play at that top level, with the momentum he is in. Despite him possessing this great attributes as midfielder It is not a good one that both parties couldn’t reach an agreement to extend his stay.

For Thiago Alcantara he as been in a scintillating form for Bayern Munich, after shambolic display in Hinrunde. The return of Thiago back to his form started after the Winter break, ensuring he forces his way to becoming one of the most important player in the team. Despite the fact that manager Flick formed a formidability in the middle of the park, with pairing of Joshua Kimmich and Leon Goretzka, Thiago was still able to navigate his way back to the first team.

His massive contribution in the final third, would be a massive gain for prospective destination. Alcantara has great footwork, his trickery could also be vital in a highly tenses game.

To add to the speculations, Bayern Munich are preparing for the departure of Thiago as they have lined-up replaceemnt for the Midfielder.

We will know in coming weeks if Thiago Alcantara will leave the Champions, to join another side, or possibly remain, and extend his contracts.

DO YOU WANT MANCHESTER UNITED TO SIGN THIAGO? DROP YOUR COMMENTS BELOW, AND DON'T FORGET TO SHARE