Opinion: The five Most Powerful Kid Footballers In The World Right Now

By hubpost (self media writer) | 2 years ago

We have seen so many kid football stars in the world, but these five kids that I am going to show you here have got the speed and energy needed to progress In their football career. 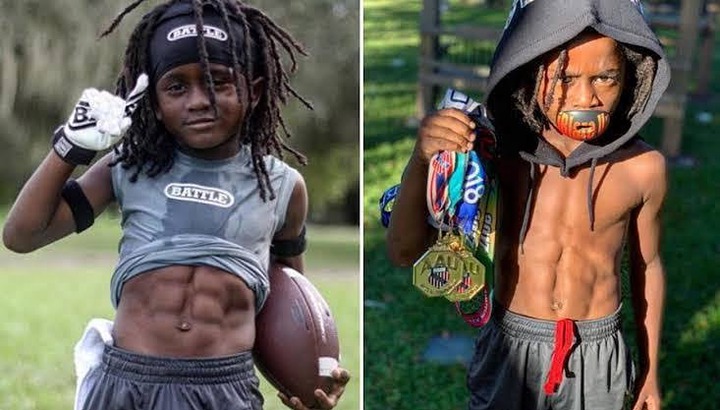 Below are the 5 most powerful kid footballers in the world right now; 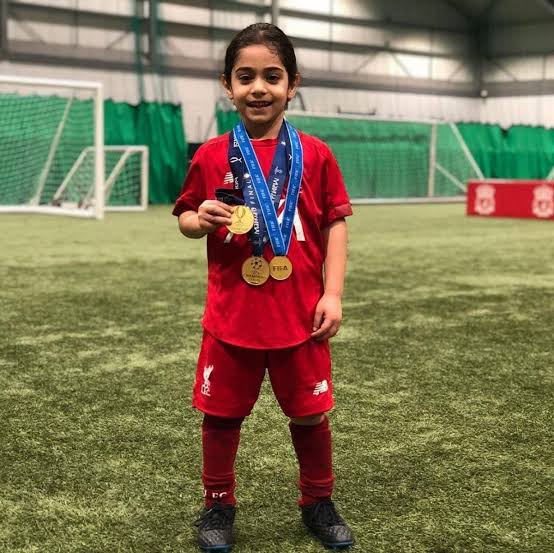 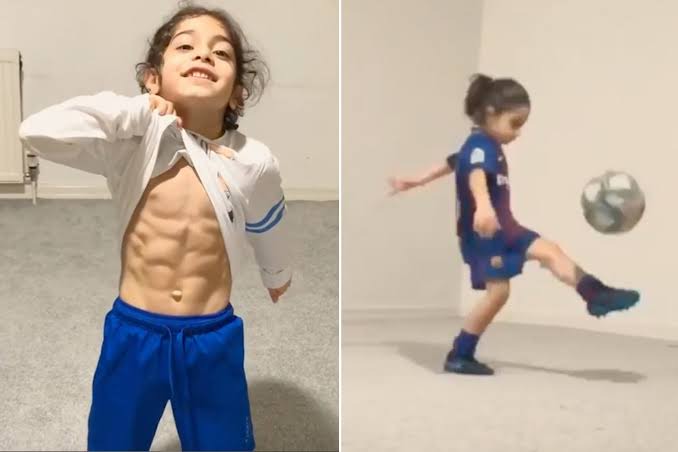 Arat has already gotten the attention of many football fans, including football idols like Lionel Messi. This 7 years old kid has the ability to take down any of his mates who dares stands on his way. He's full of energy and skills needed to progress at a fast pace in his football career. The addition of acrobatics to his skill set shot him up above other kids on this list. Although Arat is in Liverpool Academy, he's working hard to join the Catalans soon. 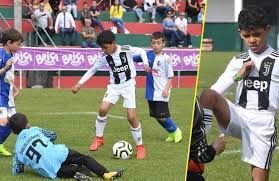 Scoring 58 goals in 28 games with 18 assists is not the best stats to describe Cristiano Ronaldo Jr.

Cristianinho, who's currently 10 years old has inherited all the qualities of his father, Ronaldo, he is just a mini form of him.

Like his dad, Ronaldo Jr is full of strength, skills, speed, technique, and finishing that will help him to scale up faster than other kids. 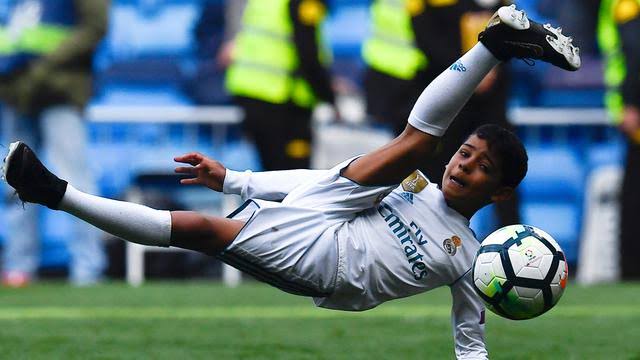 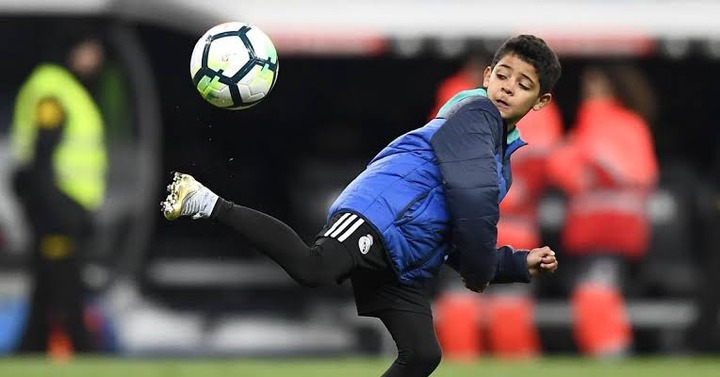 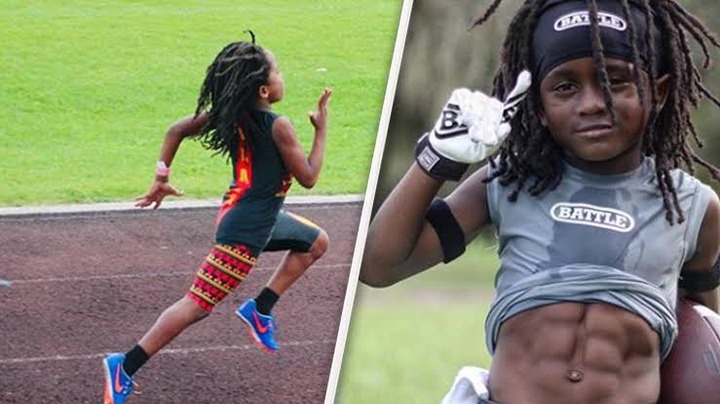 Ingram is arguably the fastest kid in the world right now. He broke that record when he ran 100m at 13.8 seconds at the age of 8. It is hard to estimate the potential of Ingram in soccer as he's currently playing American football - though many people believe that he might change his mind and quit American football for soccer.

He's a perfect replacement of Mbappe in the football world if he later decides to play soccer. 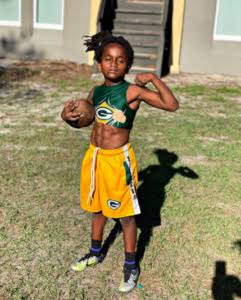 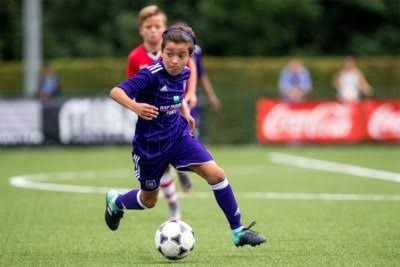 This 14 years-old Belgian footballer is one of the next great stars to come out of Belgium.

Just like Ronaldo Jr and Arat, Rayana has already got the skills, energy and finishing and he also knows how to take free-kicks very well. It seems like he's imitating Manchester City's Kevin De Bruyne who's also from Belgium. 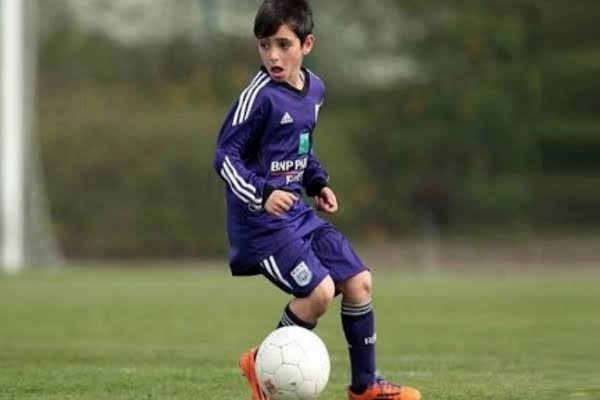 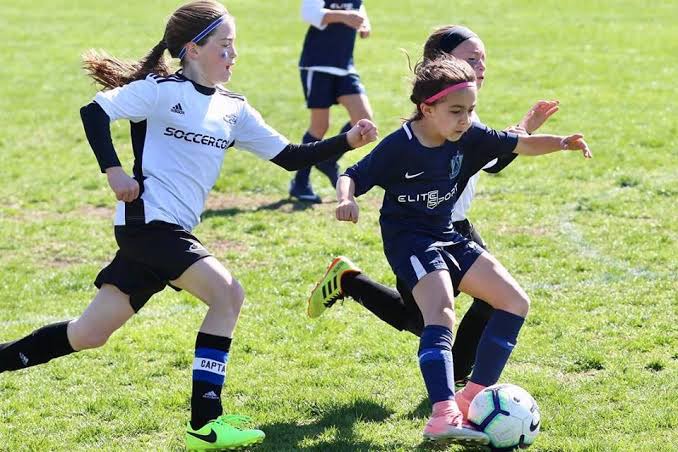 I know that's a big blow to those who believe that football is only for boys. Ariana at just the age of 10 is already dribbling like her idol, Neymar Jr.

She's probably the future of Women Football as Neymar is determined to train her by hiring a coach for her in the United States to train her. 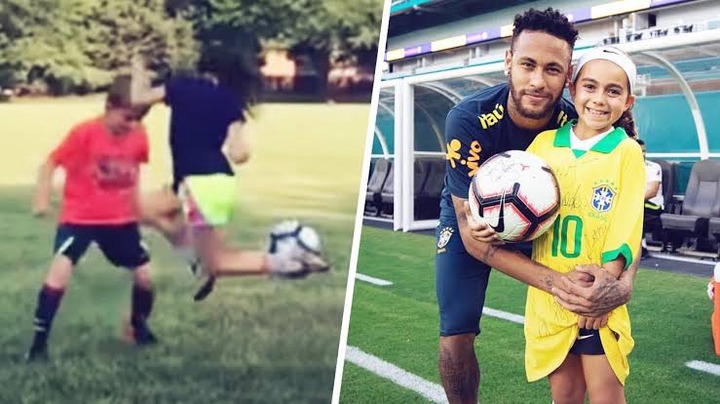 Content created and supplied by: hubpost (via Opera News )