Copa America is a football tournament contested by the nations in the continent of South America, the tournament is usually played after the club season ends. The 2021 Copa America has just ended yesterday, the final was played between Argentina and Brazil at Maracana stadium where Argentina emerged victorious by scoring just 1-0. The early goal scored by Di Maria has put the Argentines in a state of winning till the game ended.

It is a dream come true for these players, Messi, Di Maria and Aguero. They had worked hard to win an international title but that didn't come in the previous year till 2021.

Messi, Di Maria and Aguero have been playing for 15 years in the Copa America tournament without a victory until this year, they reached quarter final twice, 2006 and 2010, they ended runner up in 2014 and in 2016 at just Round 16, they didn't give up but keep pushing to see their way to victory and finally they landed in it.

These trio of forward attacking were pictured jubilating their victory after winning the Copa America Cup. 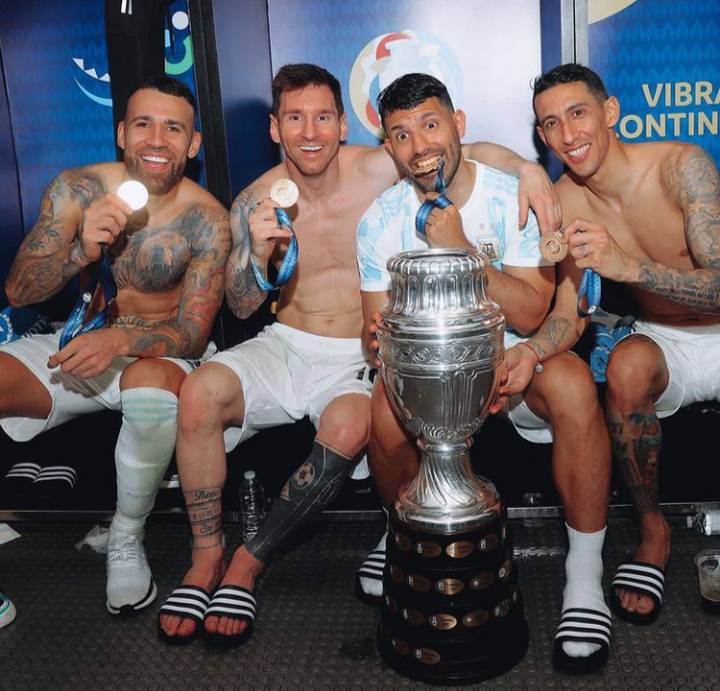 In the world of football you can't mention great players without the name of Messi, he is regarded as one of the legends in football, he is a six times Ballon D'or winner, he has won many awards, individually, he has won most of the big football league such as the champions league, Laliga title but has not won the world Cup or Copa America, since then this became a challenge to Messi, he worked hard several times to see himself doing something for his country but he couldn't make an impact, until this year 2021, the year 2021 will still remain memorable in the history of Messi's football. Di Maria is also a big player who has won titles like the champions league and the La liga title and even Ligue 1 title. Despite his success in the world of football he has failed to produce something worthy of achievement to his nation, Argentina, but finally he did that by scoring the goal that earned them the 2021 Copa America title. 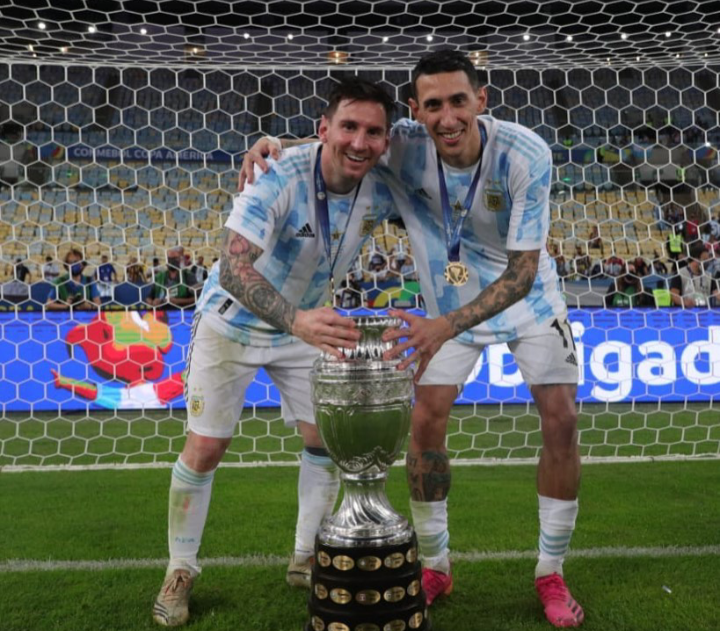 Aguero is also a big player in the world of football, his footprint can never be deleted in the Manchester City club, he won many English premier league titles, The FA Cup, but has not done something for his nation, winning the Copa America title is a huge achievement for his nation. 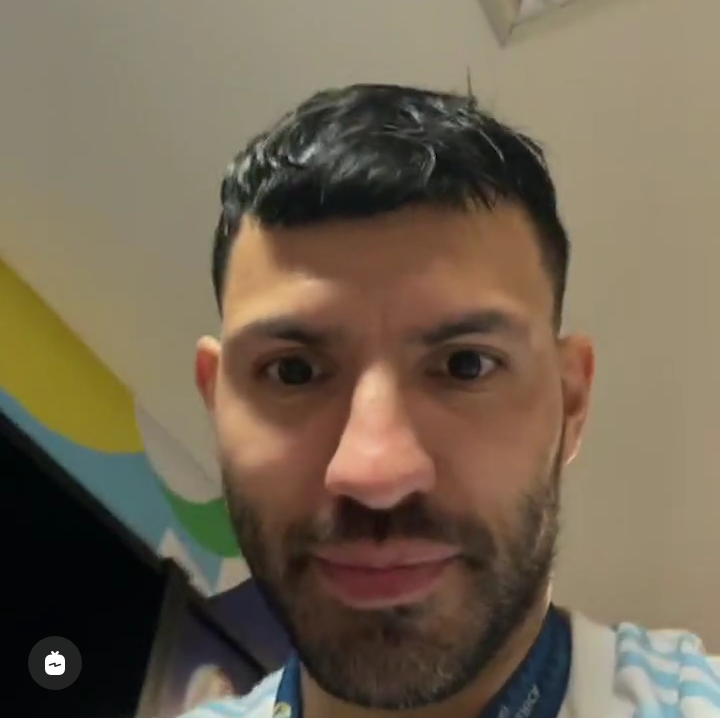