By WriterMedia (self media writer) | 29 days ago

Yesterday,Real Madrid's duo of Karim Benzema and Vinicius Junior singlehandedly ran the show against Valencia as they both scored within a space of two minutes to complete a remarkable La Liga comeback victory. 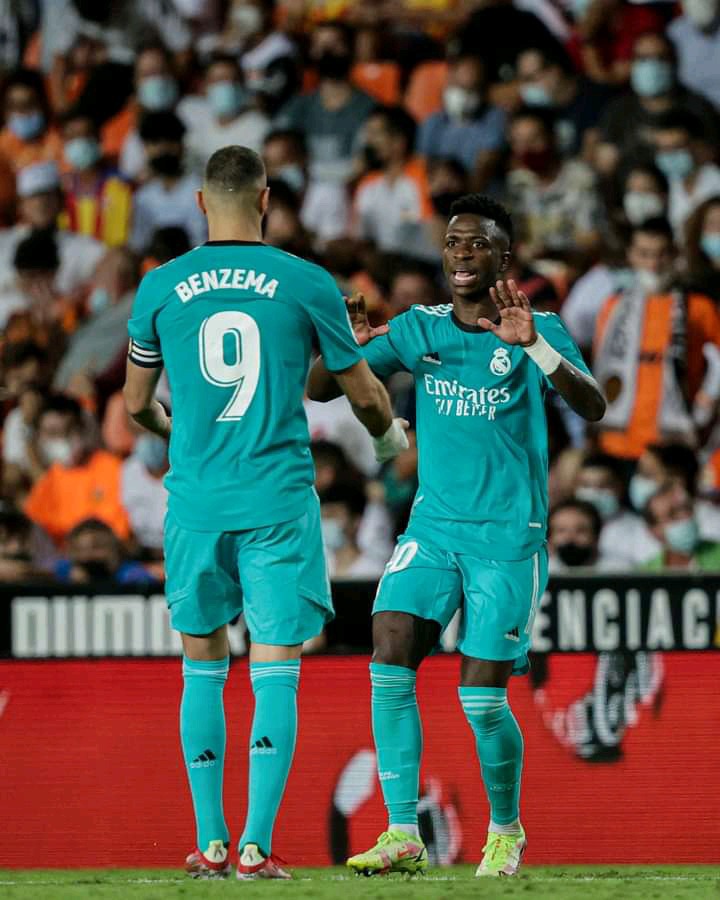 The game ended in a 2-1 win for the Los Blancos,with Vinicius Junior and Karim Benzema bagging a goal and an assist each. 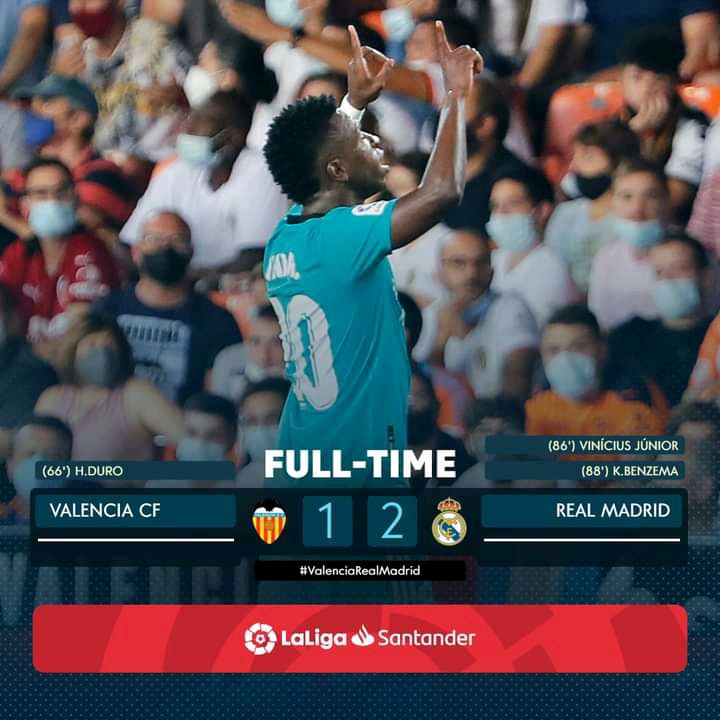 The duo of Vinicius Junior and Karim Benzema currently has 11 goals and 6 assists between them in just 5 La Liga games played this season already. Vinicius Junior on the other hand has been remarkable since the beginning of this La Liga season. 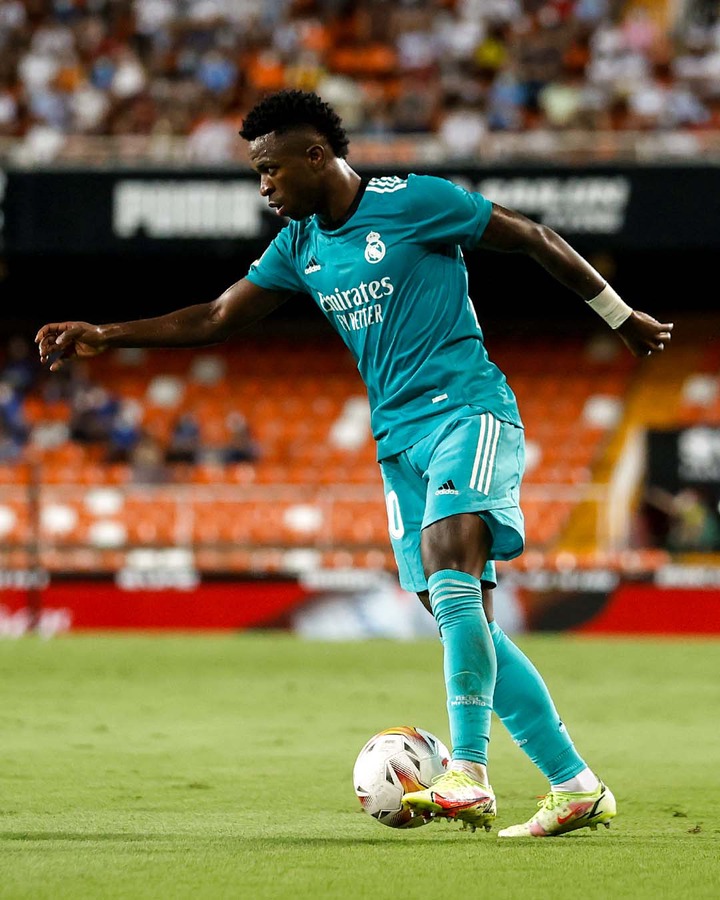 In a second week in a row now, Karim Benzema and Vinicius Junior have managed to help Real Madrid win their league games even at the brink of defeat. They did it in a 5-2 win against Celta Vigo in game week four, and did it recently in a 2-1 win against Valencia. In both games, the duo have managed to grab a goal and an assist, with Karim Benzema always getting the upper hand. 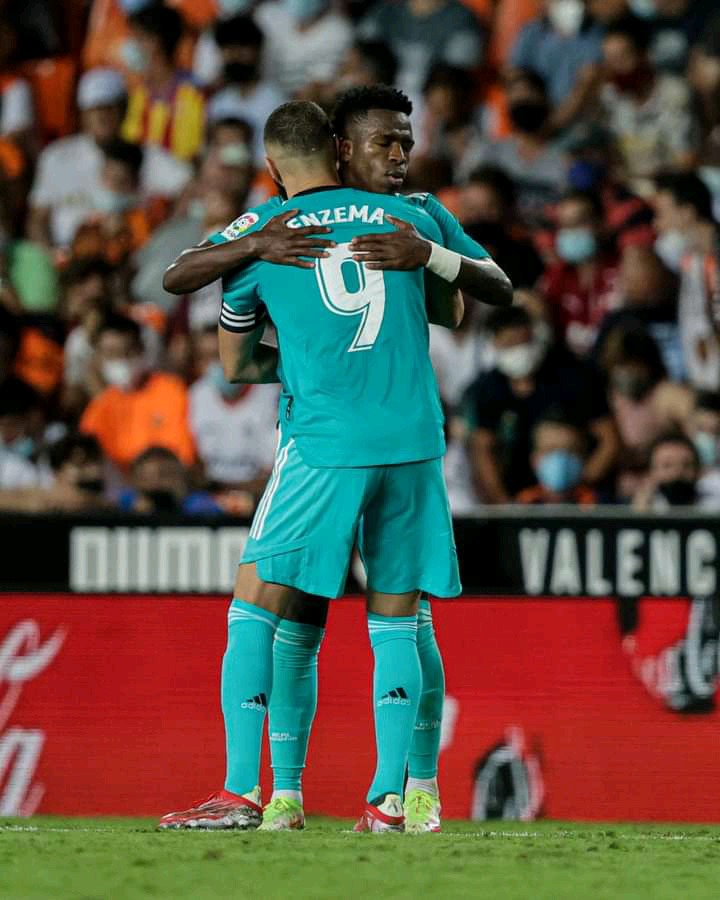 While a lot of improvements have been noticed in Vinicius Junior,Karim Benzema is undoubtedly the main player for Real Madrid now. With the Kylian Mbappe deal taking a long time to finalize,Karim Benzema may easily lead the Los Blancos in La Liga this season.

Karim Benzema currently has 6 goals and 5 assists in 5 league games this season. He is currently the highest goal scorer in La Liga Santander. In my opinion,it may just be a matter of time before the Frenchman clinches the La Liga golden boot for this season. With Memphis Depay and Sergio Aguero still in the race,here are a few reasons I think Karim Benzema may easily win the Pichichi award, beating other top strikers;

1. The absence of Lionel Messi 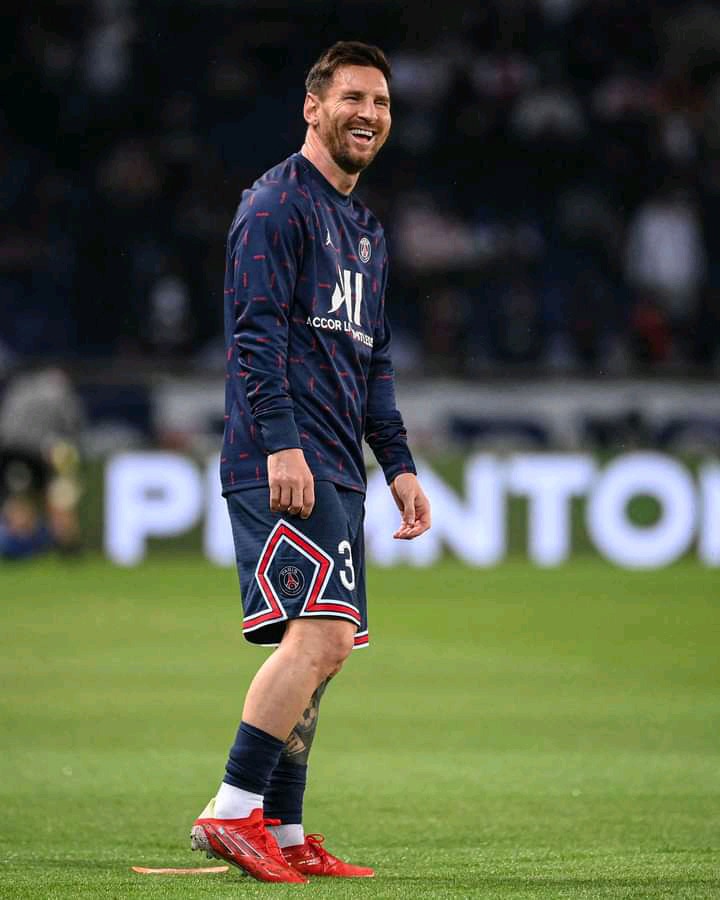 Before now,Lionel Messi has won 8 out of a possible 10 La Liga golden boots. The Argentine star has many times beaten the likes of Cristiano Ronaldo,Karim Benzema, and other top forwards to the award. 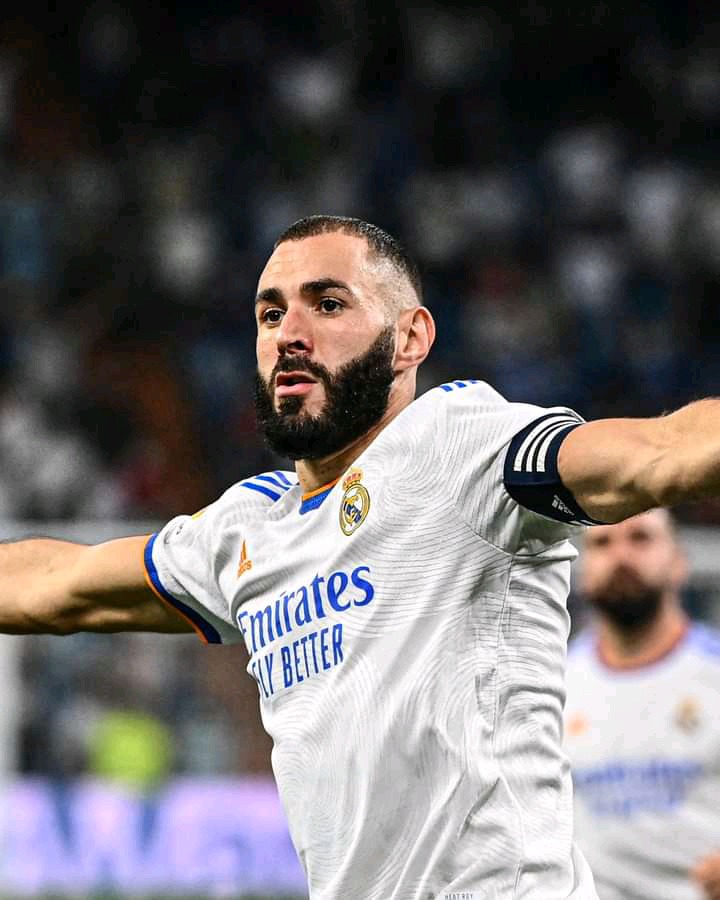 Right now,only a few like Luis Suarez,Memphis Depay,and maybe Sergio Aguero can attempt to compete with Karim Benzema for the Pichichi award. Lionel Messi's exit from La Liga may be the gateway the Frenchman will use to clinch the golden boot this season. 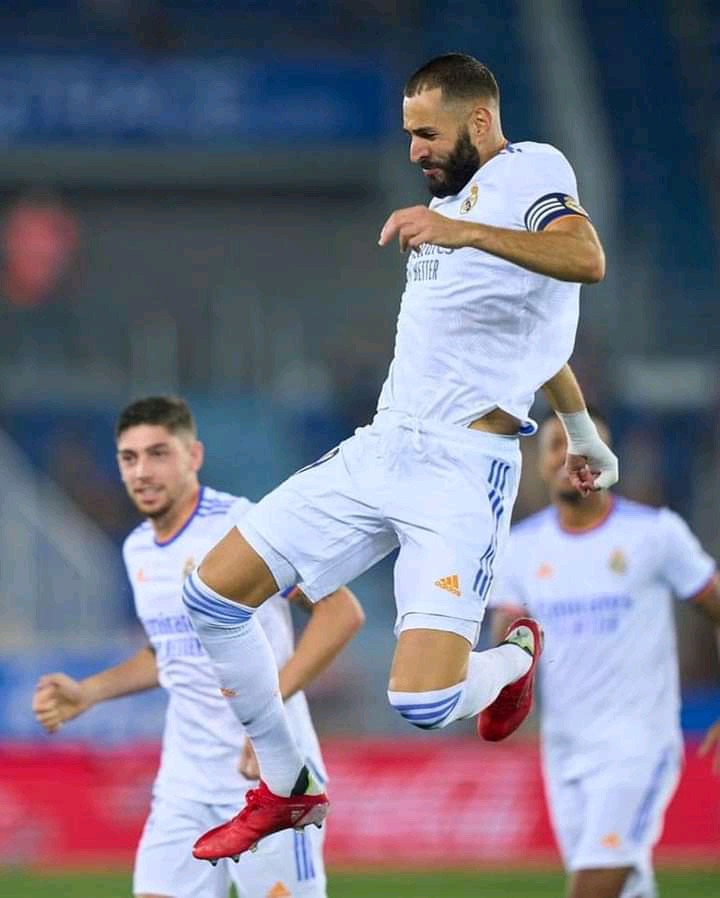 Real Madrid's captain,Sergio Ramos also left the La Liga Santander last season on a free transfer to Ligue 1 giants,Paris Saint Germain. Before his departure,he was the main penalty taker for the Los Blancos. He had a conversion ratio of about 88.0 during his time at Real Madrid.

With Sergio Ramos now out,it means Karim Benzema will be the one on penalty duties for Real Madrid. 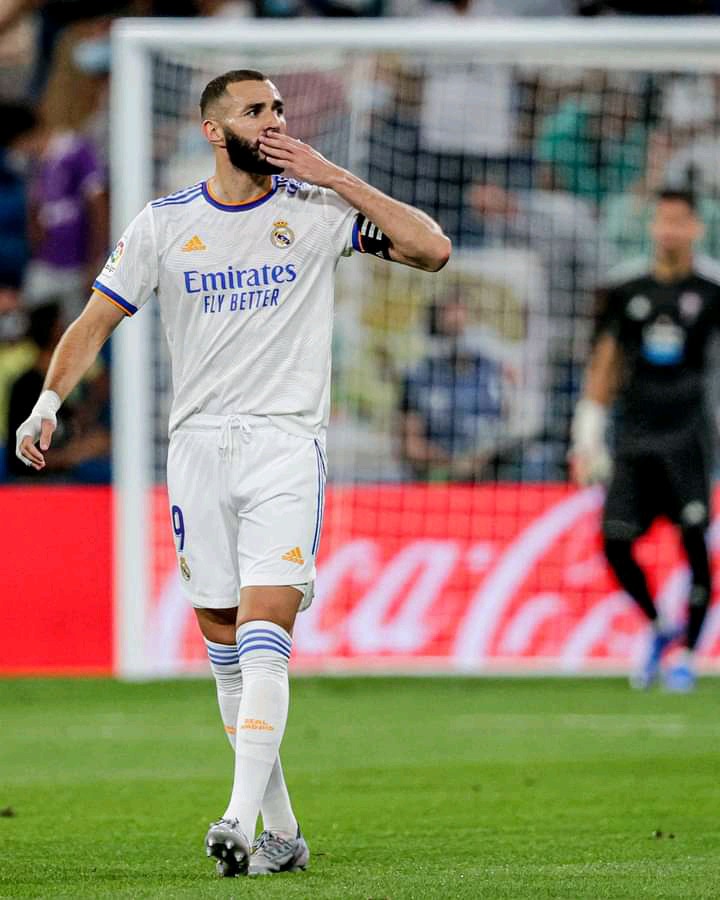 In fact,the Frenchman completed his last La Liga hat-trick with a penalty against Celta Vigo. The game ended 5-2 in favour of the Los Blancos,and hat-trick hero Karim Benzema had his name on the score sheet.

The exit of Sergio Ramos may have laid the task of taking penalties on the shoulders of Karim Benzema,and this is one of the outlets the latter is likely to exploit in order to easily win this season's La Liga golden boot with little or no competition from other forwards. 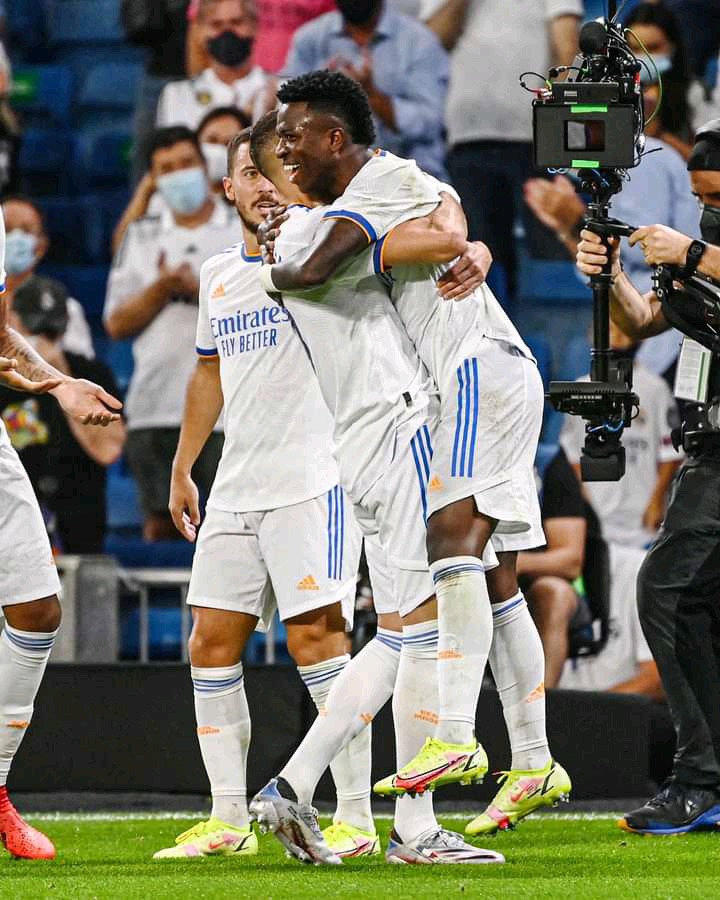 What are your thoughts on this article? Do you think Karim Benzema can easily win the La Liga golden boot this season?