ARS/WAT: It Wasn't A Vintage Arsenal Display But The Gunners Did The Most Important Thing

Arsenal emerged victorious with a 1-0 scoreline after a crunch Premier League game against Watford FC at the Emirates Stadium yesterday. The only goal of the game was scored by English midfielder Emile Smith Rowe after a mesmerising run from fellow countryman Ben White. 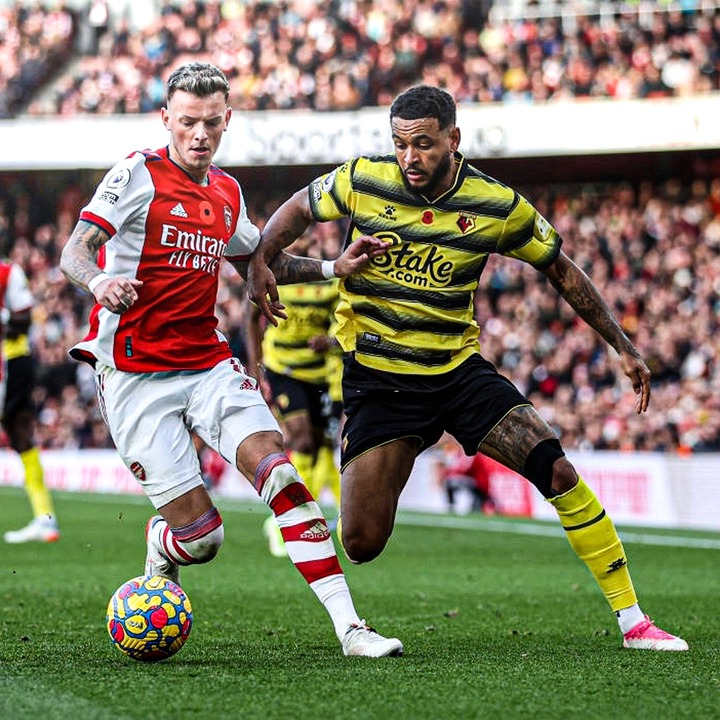 Aesthetically speaking, it was not a vintage Arsenal display that fans are becoming accustomed to under the management of Mikel Arteta. After Bukayo Saka's early goal was ruled out by VAR for offside, the home side's efforts to score the opening goal proved abortive as Gabonese hitman Pierre Emerick Aubameyang also missed a penalty. In previous seasons, with the game locked at 0-0 and Watford FC growing in confidence, Arsenal could have tried to force the issue and end up conceding goals on the counterattack.

However, the Gunners did not let up or break away from the game plan and constantly pushed Watford deep into their half. Then Ben White went on a mazy run with the ball and after a challenge from an opponent, the ball rolled over to Emile Smith Rowe who finished expertly. With the score still 1-0 late in the game, the home team did get a little bit nervy and misplaced passes, goalkeeper errors and communication errors crept into their game. Mikel Arteta was visibly annoyed as his team fell into a defensive mode which had cost them against Crystal Palace.

Fortunately, the team did enough to see out the game and claim the three points which is the most important thing in any Premier League game. There are no longer easy games in the EPL and what every team needs to fight for is the three points.

Although it wasn't a vintage Arsenal display, the team was able to win the three points. Surely, the fans would be hoping that their club continues to bag the full points in the future.