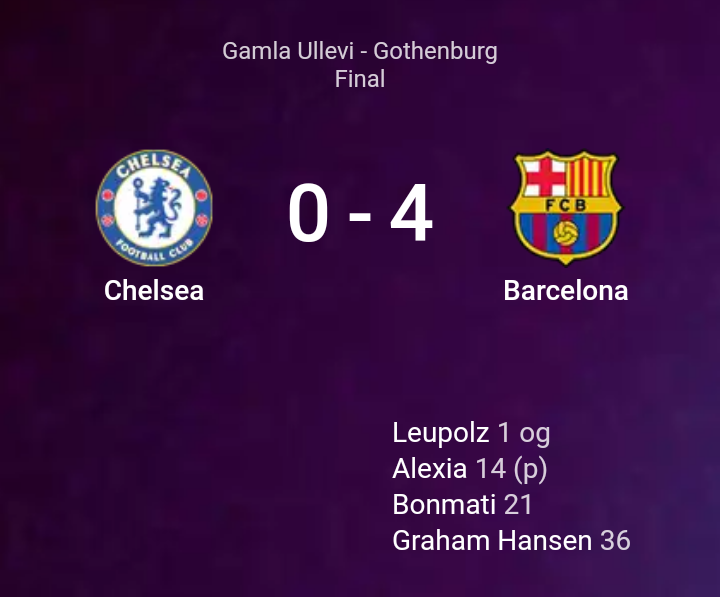 The Spanish Champions Barcelona continued their impressive run in the UEFA Women's Champions League as they claimed a 4 - 0 win over English Champions Chelsea in the final of the competition.

Before the encounter at Gothenburg, the Barcelona ladies were the favourites to clinch the title for the first time due to their experience in the competition. 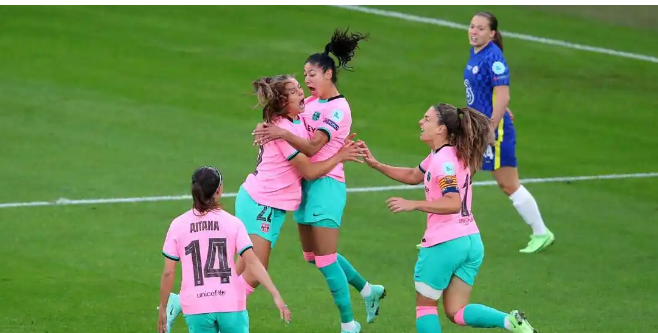 In the first half, the Catalan giants Barcelona were dominant in the opening few minutes of the encounter as they raised to a one goal lead thanks to an own goal from Leupolz's. 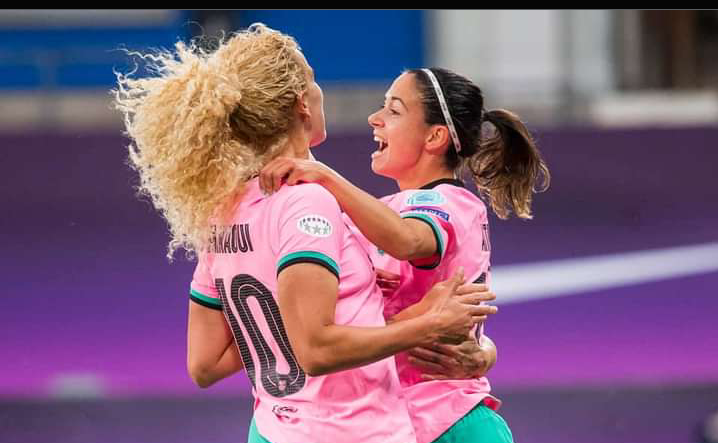 The Spanish giants Barcelona continued their dominance in the first half of the encounter as they scored three more goals in the space of 22 minutes.

Goals from Alexia, Bonmati and Graham Hansen gave Barcelona a 4 - 0 comfortable half time lead over Chelsea. In the second half of the encounter, the English champions Chelsea were dominant in possession but they failed to create clear cut chances against an attacking minded Barcelona.

Here is what Barcelona posted on their official Facebook and; 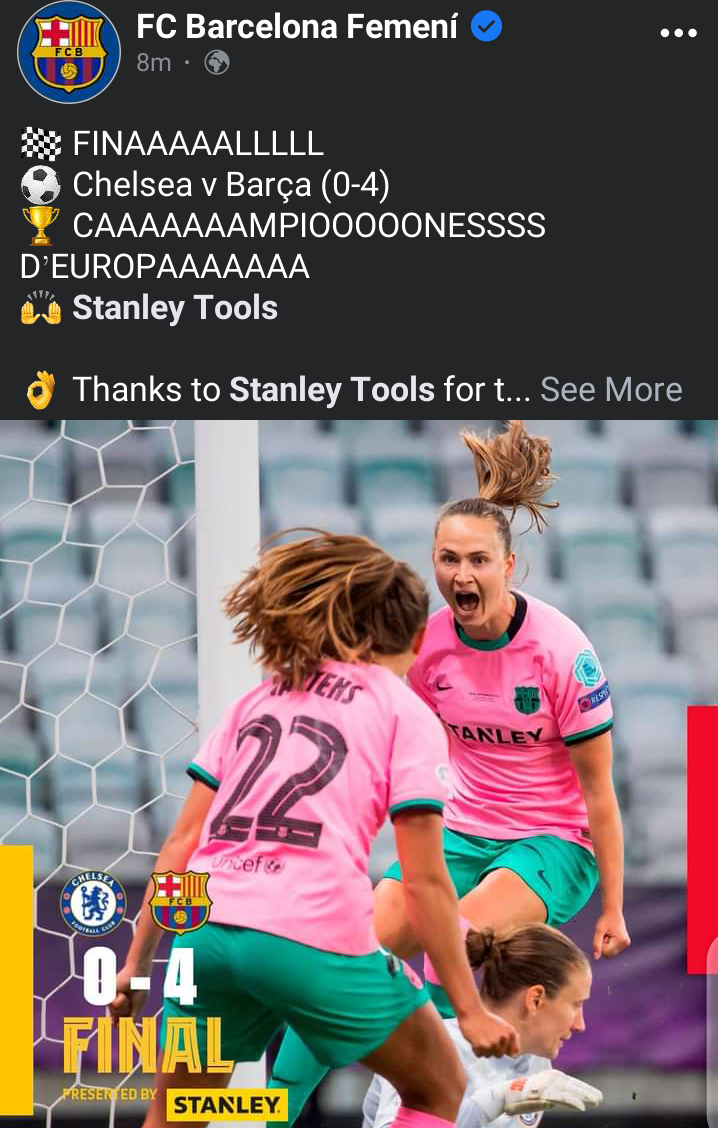 Here is how much Barcelona women earned for winning the UEFA Women's Champions League;

Here is the official prize money; 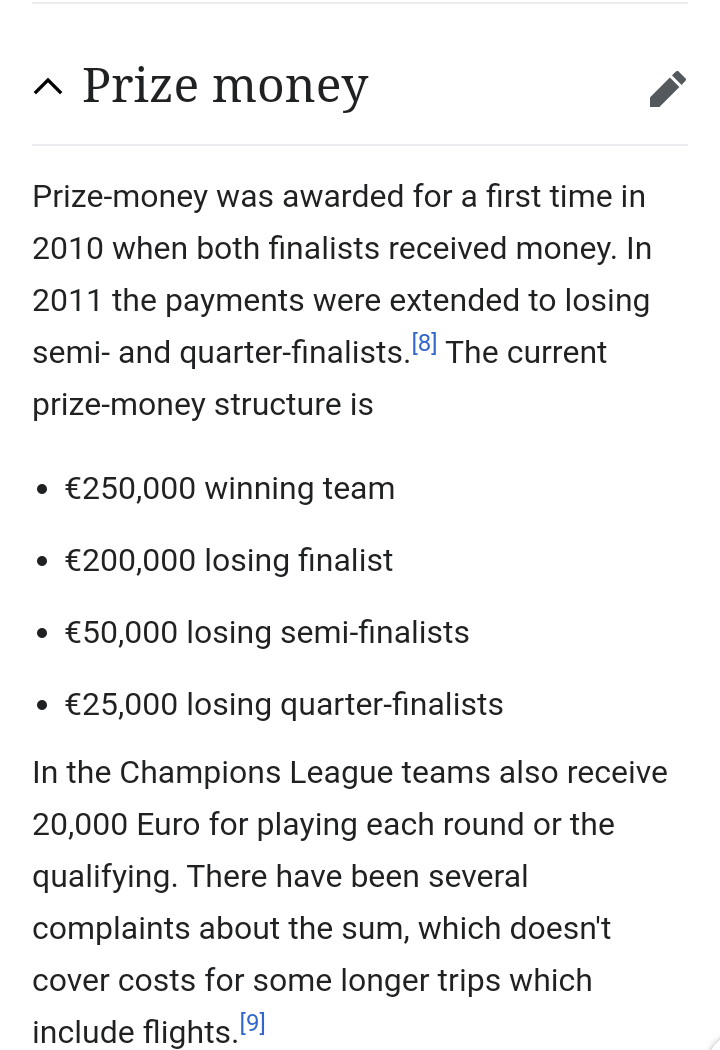 Here is how much Barcelona women earned in Naira;

The Spanish giants Barcelona earned a sum of #125,345,500 for winning the UEFA Women's Champions League.

Here is the conversion rate from Euros to Naira; 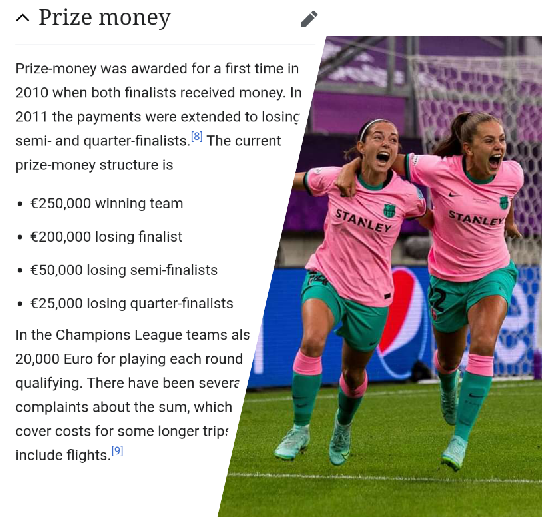