By EdoWriter (self meida writer) | 9 months 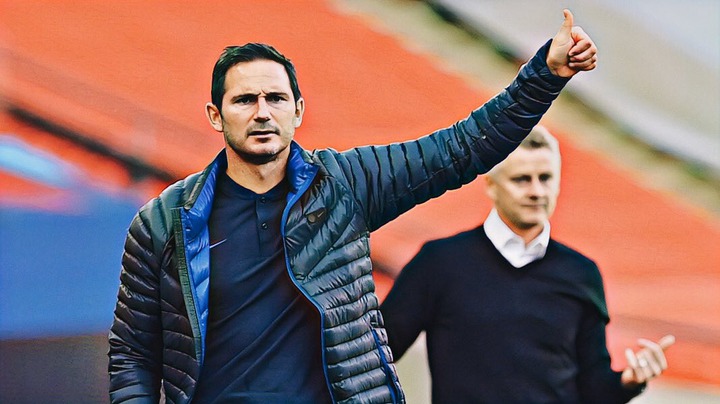 Before the Sunday FA Cup Semi-final kick-off between Chelsea and Manchester United, a lot of pundits and fans alike were predicting another loss for "the blues" who have already lost three times to the "red devils", this season.

Manchester United were obviously confident that they would dispatch the Chelsea side easily for the fourth time. Why wouldn't they be? Manchester were on about 17 games unbeaten run and Chelsea had just lost 3-0 to Sheffield United, 3-2 to West Ham United and even struggled to beat already relegated Norwich City 1-0. 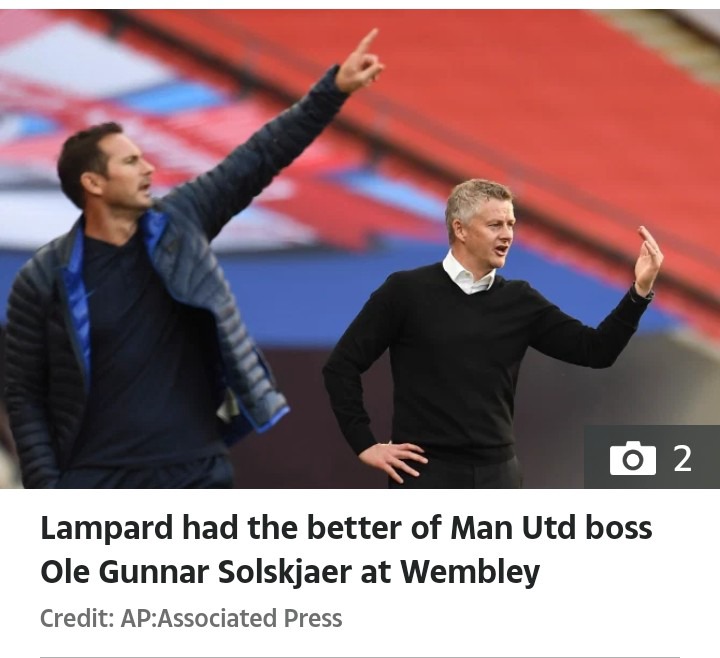 However, a football game is never always correctly predicted by form. Chelsea had to look for a way to avoid a fourth defeat and navigate their way through to the FA Cup final. This is where Chelsea's manager, Frank Lampard came up with masterclass that surprised Ole Gunnar Solkjaer.

Frank Lampard decided to move away from his regular 4-3-3 formation and switch to a 3-4-3, having three centre backs and two wing backs. This was to mirror the same formation used by Manchester United and block them from having extra space to exploit on the counter. This season, Manchester United beat Chelsea 3 times by simply playing on the counter with players like Rashford and Greenwood having enough space to run into behind the Chelsea defence.

However, this game was different as the balance between the midfield and defence made it difficult for the red devils who are not good in retaining balls.

This may be the first time you have heard of the word "overlapping center backs". Not to worry, it is a tactic where one of the three center backs have the freedom to move forward like an extra winger, and create an overload in attack. 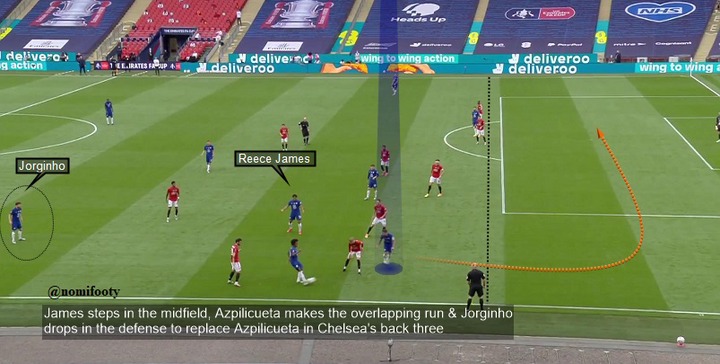 From the picture, Reece James who is the original Right wing back, goes into right midfield, allowing Azpilicueta to make the run as an overlapping center back into the right wing. Jorginho covers his position in defence and that was how Chelsea scored. 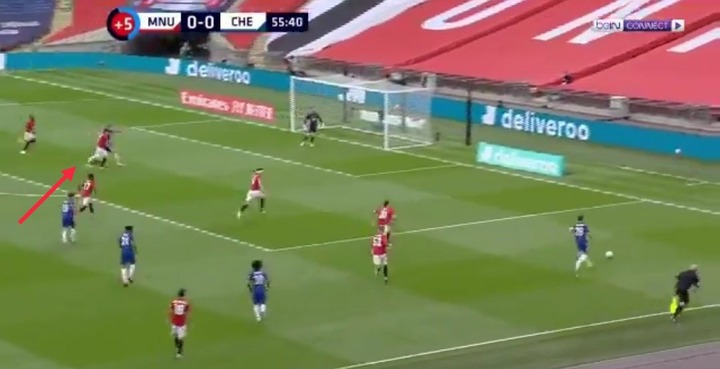 You can see how Azpilicueta, the third man in defence ran forward in an overlapping run to make the cross for Olivier Giroud to score. Even Chelsea's third of the night came from an own goal that would have still been Rudiger's if Harry Maguire hadn't tried to block it.

Rudiger in this case, had to become the overlapping center back as Azpilicueta stayed back in defence.

Chelsea and Frank Lampard already knew that Manchester United would stick to their old patter of trying to mark from the front. So to break the high press, long balls had to be sent to Olivier Giroud who keeps it in play for his teammates to continue. 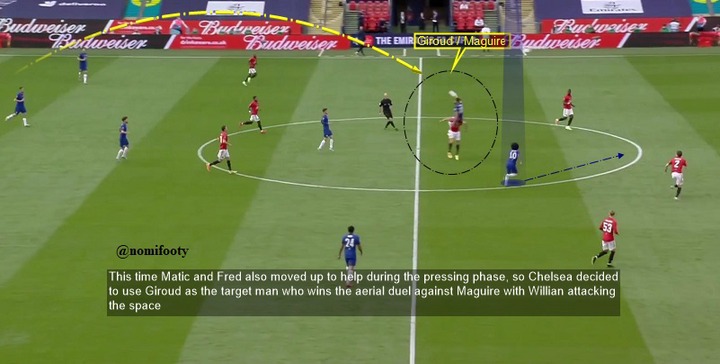 After Fred and Matic moved up to help during Manchester United's pressing phase, Chelsea hit long balls to Giroud who wins the aerial duel against Harry Maguire with Willian attacking the space and winning the second ball. The same thing happens again as Giroud wins the first ball, drops it for Mateo Kovacic who easily takes advantage of the second ball. 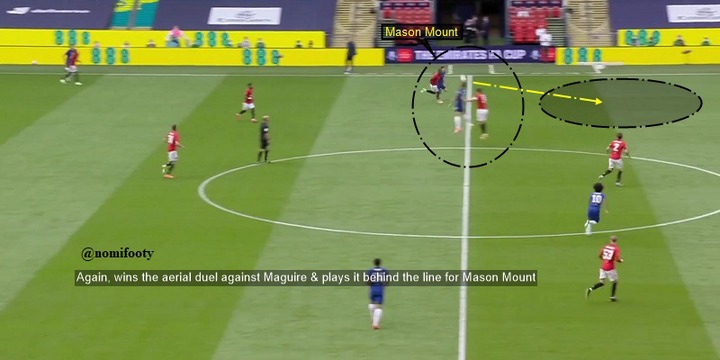 Again, the Frenchman wins the aerial duel and plays it behind for Mason Mount to chase.

This tactic was vital as Frank Lampard and his men successfully bypassed Manchester United's press and ran free at goal. Thanks for reading and hope you got enlightened by the analysis?

Please support me for more of such tactical breakdown by clicking the following:

Checkout These Very Funny Football Quotes From Commentators And Footballers.

DJ Cuppy Hang Out With Her Sister Temi Otedola

“I was rejected 3 times at a ritualist den” - kidnapped 18 year old nurse narrates her experience.

Why I Returned N1.2 Million I Found Along The Road -- Abdulkadir Shehu