By GistSports07 (self meida writer) | 1 months

Chelsea Manager Thomas Tuchel has paid respect to his Predecessor Frank Lampard, Ahead Of The Blues Champions League Finals Against Manchester City On April 29th. 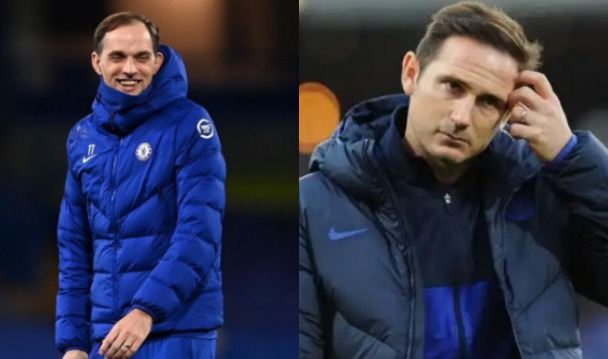 Tuchel was Appointed head coach on January 26th 2021, after Frank Lampard was sacked following a run of one win in five league matches. 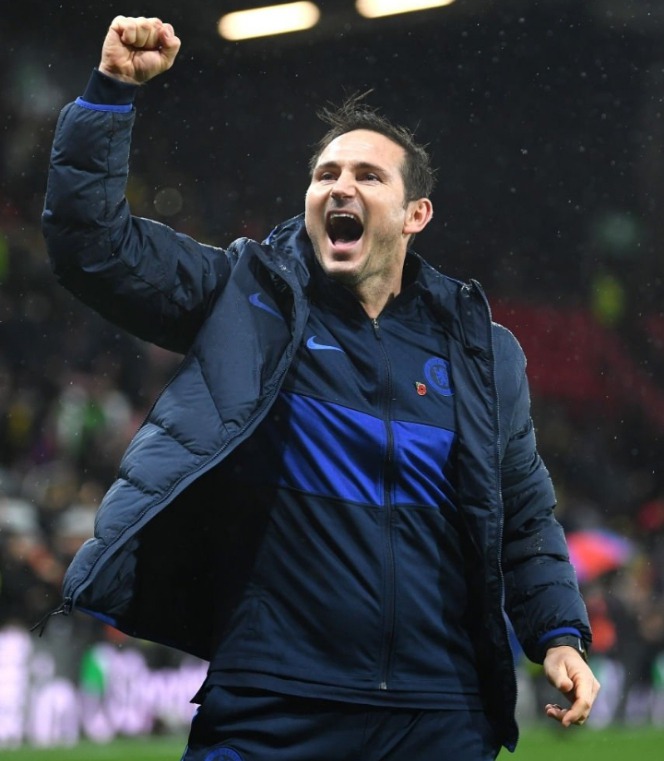 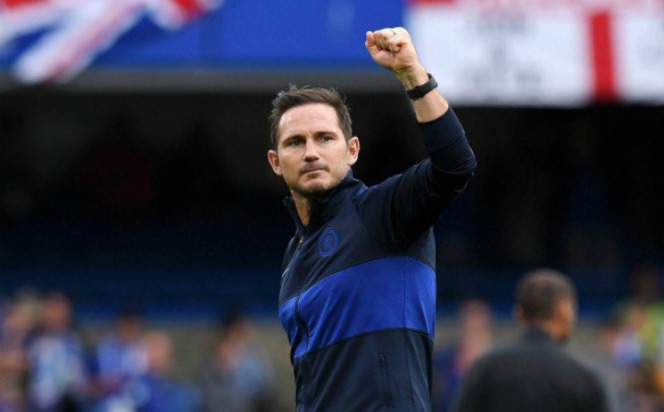 The German Tactician has brought back the glory days to Stamford Bridge in less than four months at the club. The Blues are on course for a top four finish this season with an FA Cup and Champions League Finals to play.

However, Tuchel has admitted Frank Lampard had a role to play in the road to Champions League Finals and has praised his Predecessor.

Speaking his prematch press conference ahead of Arsenal Game, He Said: 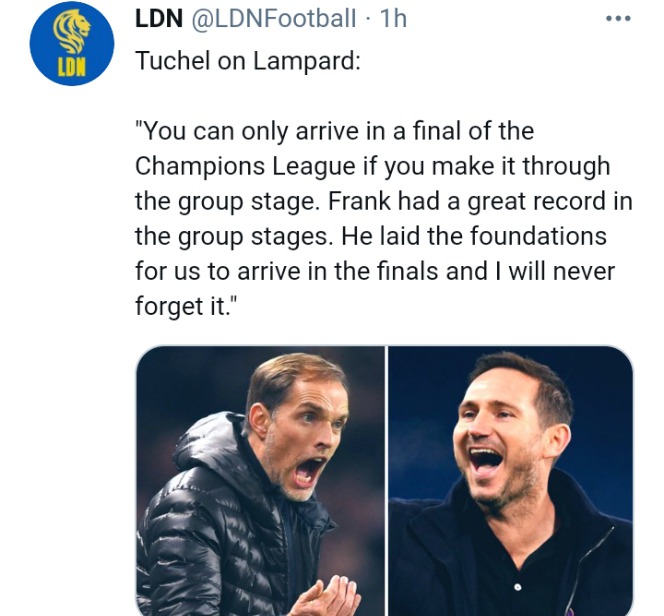 "You can only arrive in a final of the Champions League if you make it through the group stage. Frank had a great record in the group stages. He laid the foundations for us to arrive in the finals and I will never forget it."

Tuchel Also Provided good news on Kovacic and Christensen Availability Ahead Of The FA Cup and Champions League Finals . 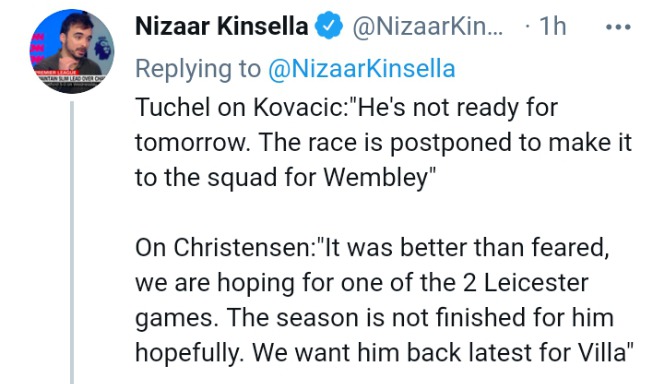 The Blues faces City on the 29th of May in Istanbul, Turkey.

Content created and supplied by: GistSports07 (via Opera News )