BRA 2-0 SER: What Fans Are Saying About Brazil's Bench After The Win Against Serbia

By KUNOYnews (self media writer) | 10 days ago

Brazil started the game against Serbia slowly after missing many chances in the first half. In the second half, Brazil continued to dominate the game, and two goals from Richarlison gave Brazil the much-needed win at the 2022 World Cup. 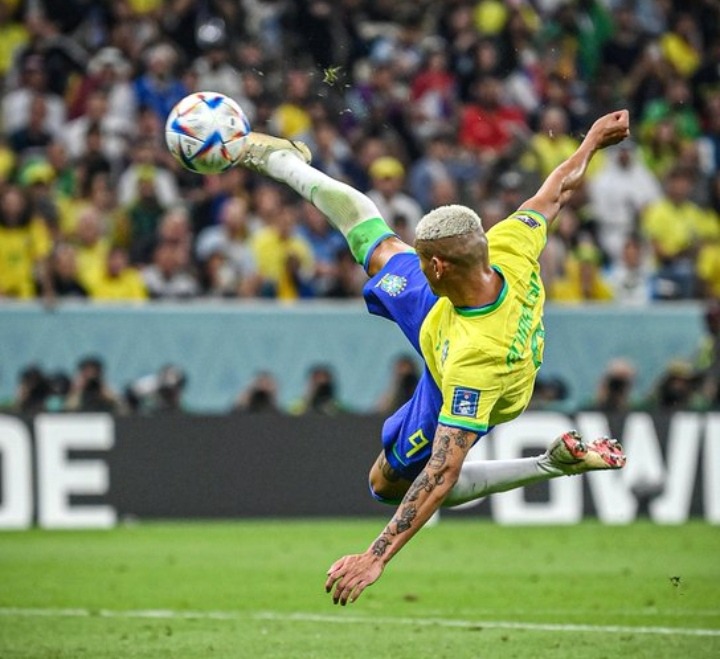 However, fans have been talking about Richarlison's scissors kick, Raphinha's misses, and Brazil's team selection, but this article will focus on what the fans are saying about Brazil's bench after the convincing win against Serbia. Take a look! 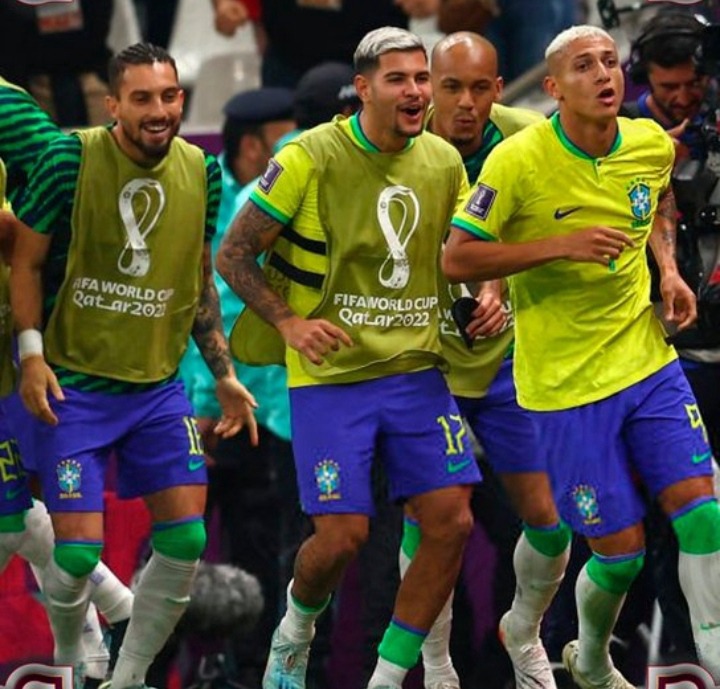 1. Brazil's Bench For The Game Against Serbia Is Strong Enough To Beat Many Teams. 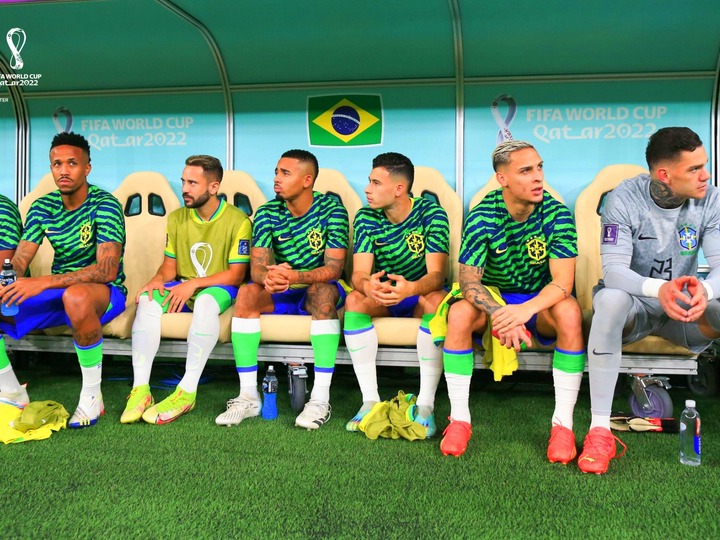 Many fans believe Brazil is the main favorite to win the 2022 World Cup after the team's performance against Serbia. However, a look at the bench shows the kind of squad depth that Brazil has. Coach Tite kept 11 World Class players on the bench, and many fans believe that these players are good enough to beat many top teams. 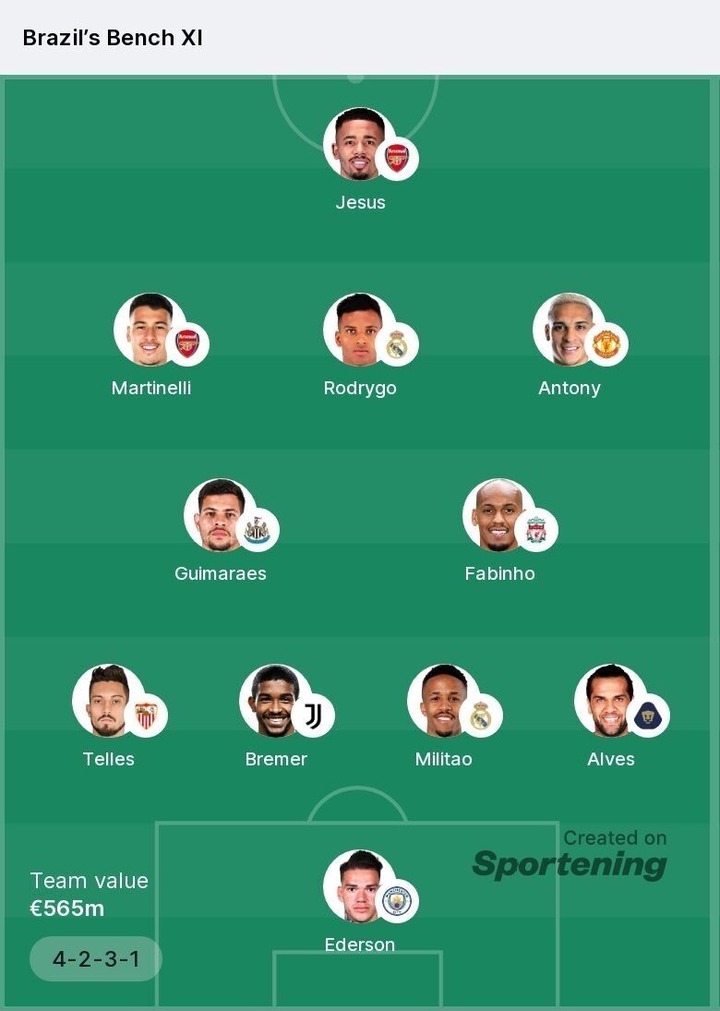 Note that most of the players on the bench are starters for their club sides. For this reason, many fans are impressed with the squad's depth. 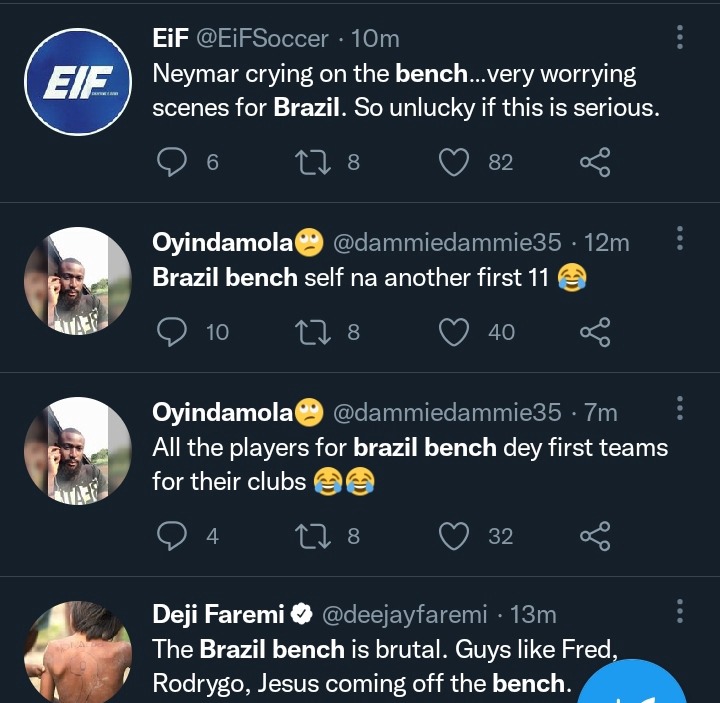 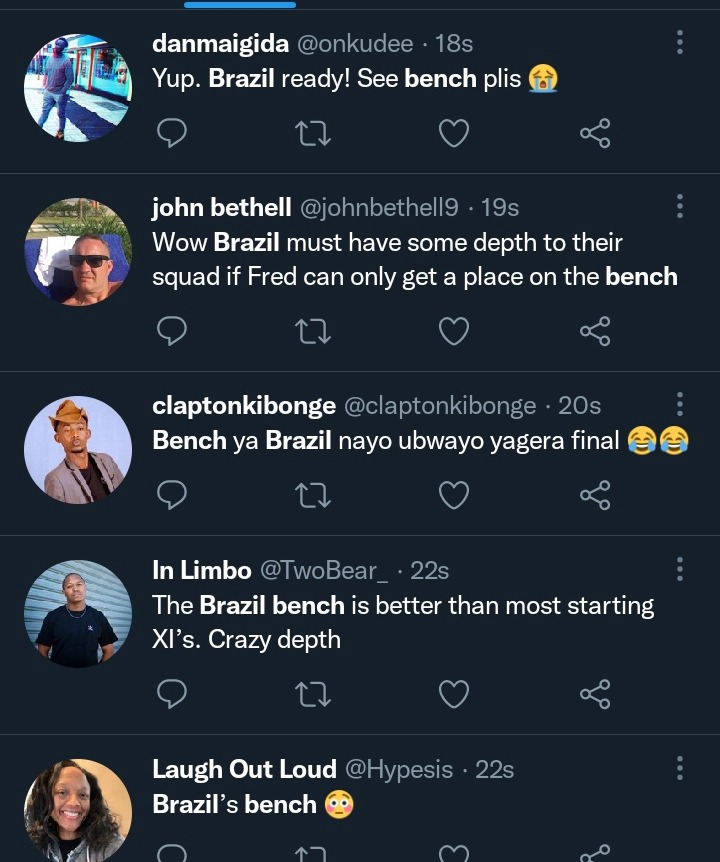 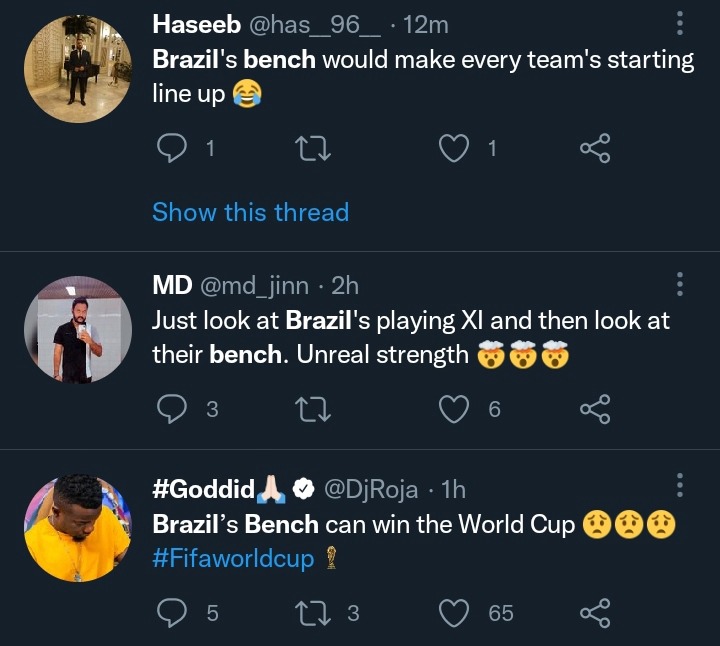 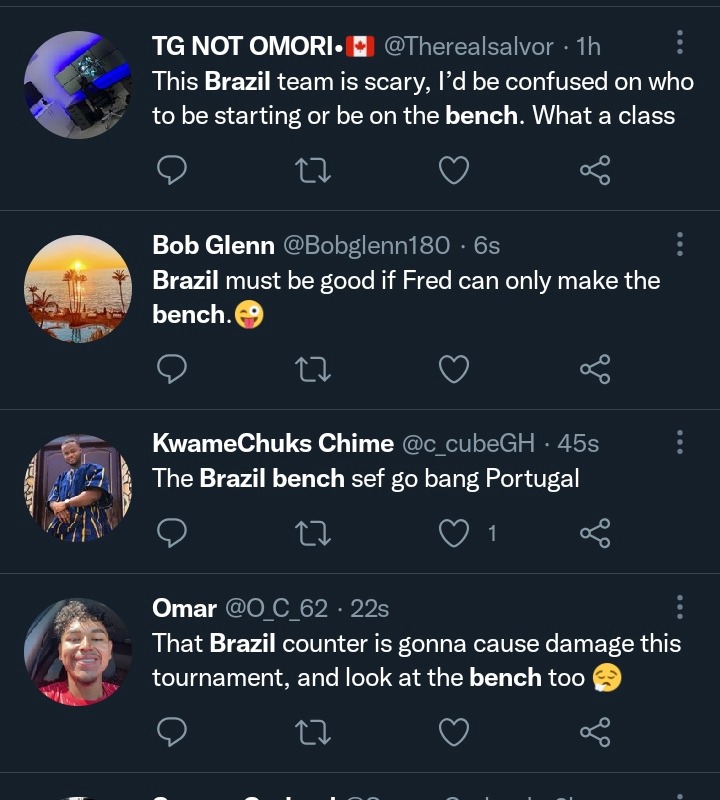 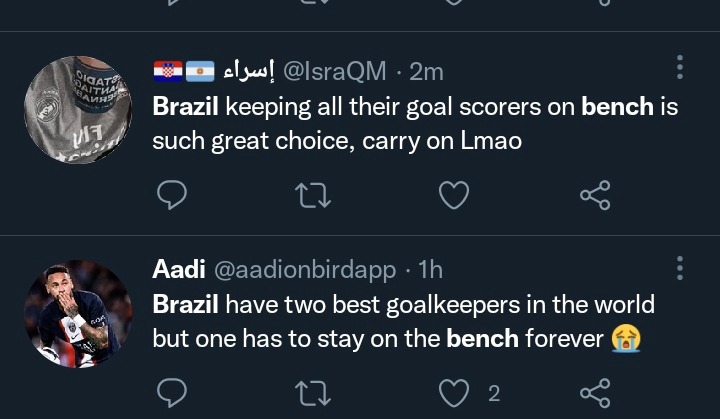 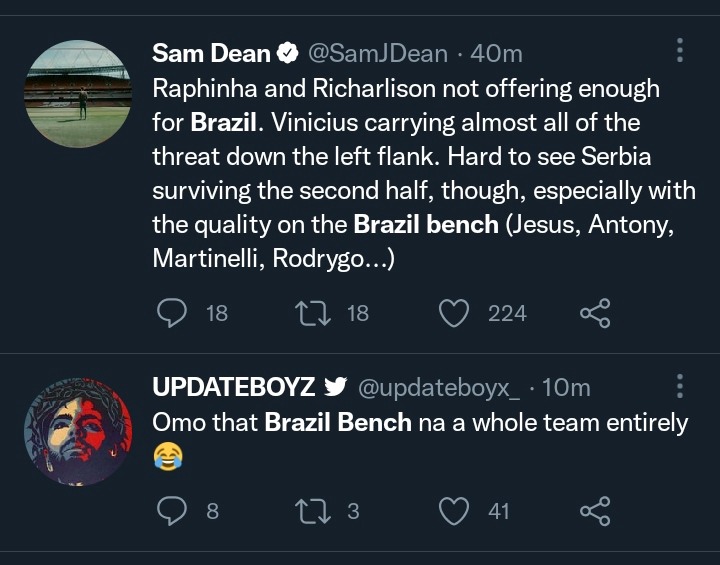 Photo: Screenshots Of Some Reactions To Brazil's Bench Against Serbia || Twitter