How Arsenal moved to their present stadium (Emirate Stadium) 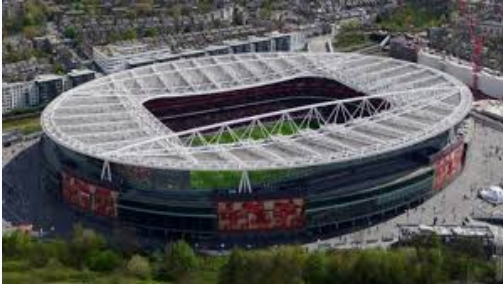 By 1912, Arsenal’s financial state was in disarray and they were a club on the brink of extinction. Their location in Woolwich was problematic in the quest for more fans and notoriety and the club were in a state of ruin within the football league.

Public opinion of football in London was divided, with sports such as cricket and rugby far more popular within the eyes of sports fans in the capital.

Club owner Henry Norris noticed this trend within the sporting landscape and looked to move the club to a place in London where they would be able to thrive financially.

North London’s Finsbury Park area was identified as the place where the club could grow within the capital, with football being better received in that area of the capital than in Woolwich.

Despite initial opposition, the move across London transformed the clubs fortunes and Arsenal have never looked back since.

The aforementioned Henry Norris was a shrewd and successful businessman and Arsenal Football Club owes a great deal of gratitude to him.

His foresight to move Arsenal across London allowed the club to grow in stature as well as generate some much-needed funds – to secure the long term future of the club.

In addition, Norris was influential in negotiating Arsenal’s standing within the English Football League – a status that had been taken off them during their time at Woolwich.

Norris was dogged in his quest to see Arsenal become an established English Football League club. And, at the end of the First World War he was able to push for Arsenal to ply their trade once again in the professional game.

Successes and riches followed for Arsenal, all thanks to the efforts of Norris and his associates.

Who Else Noticed The Difference Between Messi's 1st Goal Yesterday and That of 2015 Finals?

Dear Ladies, If Your Man Does These Things, He is not Interested In The Relationship

Opinion: Letter To My Fellow Nigerians From The Southeastern And The Western Parts Of The Country.

What Happened To Pontius Pilate After The Crucifixion Of Jesus.

"The Threats By Bandits to Kill or Marry the Abducted Students in Kaduna is Unfortunate".-Shehu Sani