By Gigapen (self media writer) | 9 months ago

Since the conclusion of last night's match between Nigerian-born boxer Anthony Oluwafemi Olaseni Joshua and Ukrainian boxer Oleksandr Usyk that was held at Tottenham Hotspur Stadium in London which ended in a unanimous win for the Ukrainian. 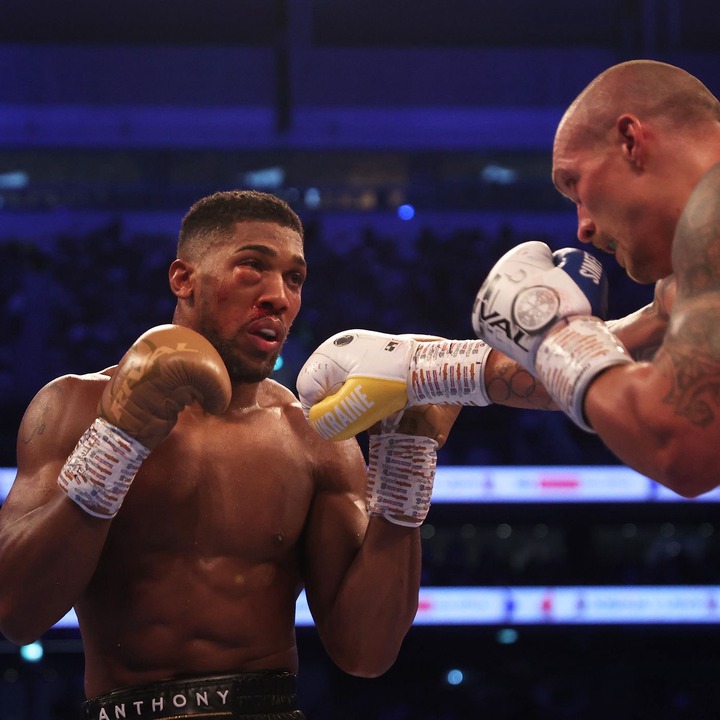 Many Nigerians have taken to social media to cast shades at him as they blamed his defeat on the fact that he prostrated for president Muhammad Buhari and presented his heavyweight titles to him on his visit to Nigeria last year. 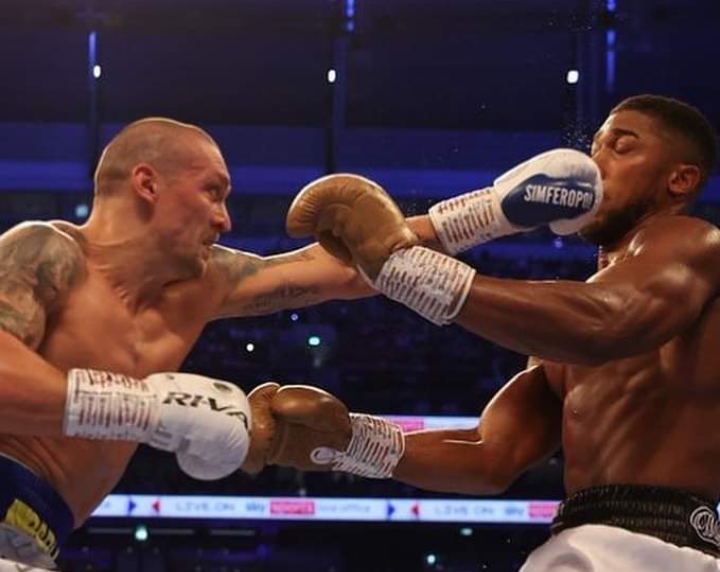 This is a very wrong speculation because there is absolutely no one that can be blamed for another's loss, and all that happen to Anthony Joshua was a will of God because he was destined to lose regardless of whether he prostrated for someone or not. 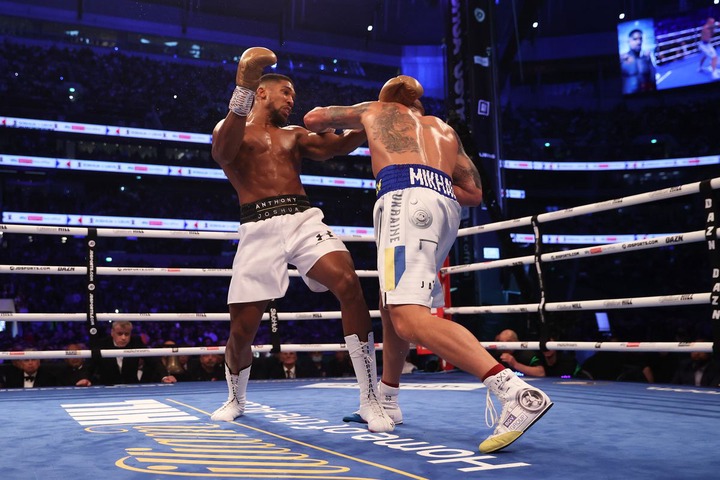 And besides in Yoruba culture, prostration is a sign of respect when greeting an elder or a leader and Buhari is the leader of Nigeria, so for Anthony Joshua to show respect and deference to him doesn't mean that he has done anything wrong, and that the notion that his defeat is spiritual is bogus. 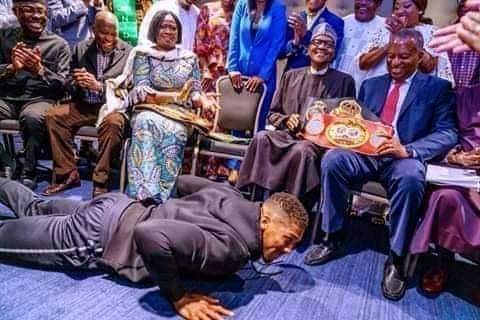 Photo: Anthony Joshua presenting his titles and prostrating for president Muhammadu Buhari during his visit to Nigeria in January 2020

Here's one thing to consider if Nigerians are saying that it's because of prostration for President Mohammed Buhari that he lost, let's not forget that he faced another tough opponent in the form of Bulgarian boxer Kubrat Pulev after his visit to Nigeria in 2020. And he defeated the latter with a resounding 9th round knockout which helped him retain his heavyweight titles. 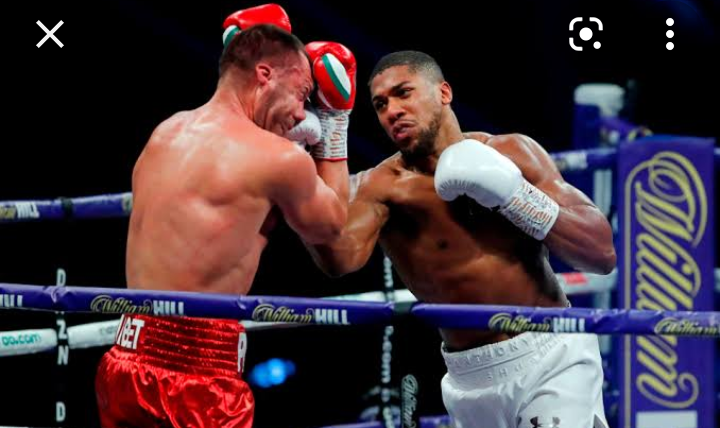 His defeat at the hands of the Ukrainian boxer, Usyk came as result of bad or lack of tactics, overwhelming skills in his opponents arsenal, and his lack of dedication to win at all costs. Logically there are many factors but as Nigerians are spiritual people that can attribute even the smallest loss to an act or deed that someone did without believing that every outcome has been destined by God.