Photos Of Timo Werner, And Other Chelsea Players In Training Ahead Of Their Game On Saturday

By ItzSwayne (self meida writer) | 17 days 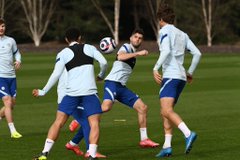 Chelsea would be returning to football action on Saturday 12:30 pm, as they would be hosting West Brom to the Stamford Bridge. Chelsea who are looking for a top four finish this season, are wishing to give their whole push in the last 9 games of the season from which they expect to pick up at last 24 points from. For that reason, they quickly returned to their training ground to prepare for a West Brom side that nearly scared them when they played themselves earlier in the season. 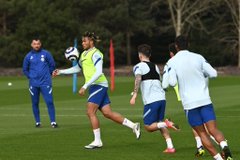 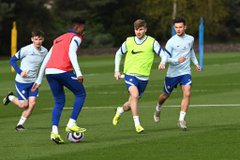 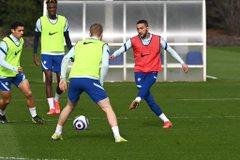 The training session featured Timo Werner and other Chelsea attackers, as Tuchel looked to instill goal scoring abilities in the forward, after he missed a golden chance for Germany last night. Other players seen in the session were Kai Havertz and Tammy Abraham, who has not been in the team since his ankle injury against Newcastle United. 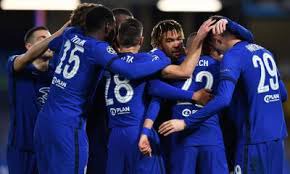 During the Lampard era of this season, Chelsea came from behind to snatch a 3-3 draw against West Brom in the second half with goals coming from Mason Mount, Hudson Odoi and Tammy Abraham's last minute equaliser. It was a season defining point for the blues, as it helped them maintain a favourable position up in the league despite their many shortcomings.

Opinion: 4 ways to identify a girl that is in love with you

"Dear Students, You Will Never Suffer After Graduation If You Can Do This" -Reno Omokri

Are You Tired Of Wearing Old Fashioned Outfits? See 50 Stylish And Latest Styles You Should Sew

Between Sophie Momodu And Chioma, Who Wore The Bikini Outfit Better?