Football Matches would definitely be laughing stock if there was no Umpires regulating them. It's not new how Football matches could go horrible or unbelievable when Football handling and outcomes were ridiculously tailored to favour a particular participating side.

There were times Referee's decisions had marred or favoured sides that never even deserve to draw with their opponents. It's even popular how the bitterness that emanated from poor officiating could kill the feeling and commitment of Supporters, it's always sad to be part of football agony and complaints. 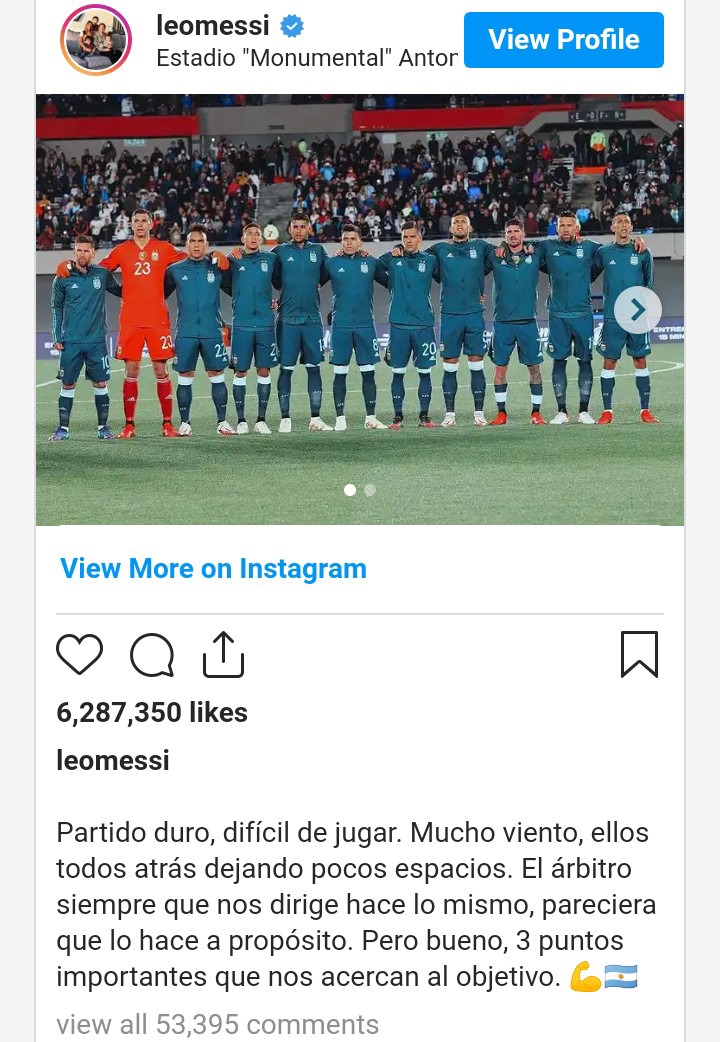 Lionel Messi took to his Instagram page to complain about officiating in Argentina's 1-0 victorious World Cup qualifying game over Peru. The 6 time Balon d'Or Award Winner, attacked Brazilian Referee, Sampaio Wilton for poor officiating in their Match against Peru which was played in the middle of strong wind and unstable atmosphere. 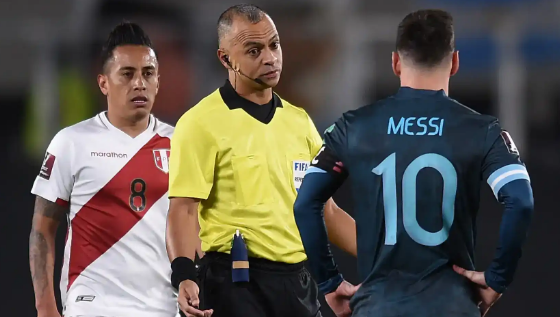 Although Messi led Albiceleste won by a lone goal but that didn't stop the Legendary Player from taking a swipe against the Brazilian Referee. Messi's rant says ''the Referee does it same way when he Referees us, as if he does it on purpose". This statement is enough to land any Player in trouble based on violation of the rules of the game.

Messi is well known for getting himself into trouble with Referees in previous times. In 2017 during the 2018 FIFA World Cup qualifiers, Messi was banned for 4 Argentina's games for his 'Dissent' comments against Referee Sandro Ricci, when Argentina were up against Chile. It was made known then that Messi had violated Act 57 of the Football Disciplinary Code for directing insult against the Assistant Referee.

He was never pardoned until he served his 4 game ban punishment. At this point of the World Cup qualifiers, it would be unprofessional on Messi's part to be suspended from taking part in some games if his comments get reviewed by the governing body. His absence in subsequent games may affect Argentina's campaign for the Qatar 2022 World Cup Tournament. This is almost like it was in previous times when Footballers questions Referee's decisions against their Teams out of contexts and guidelines and got hammered. 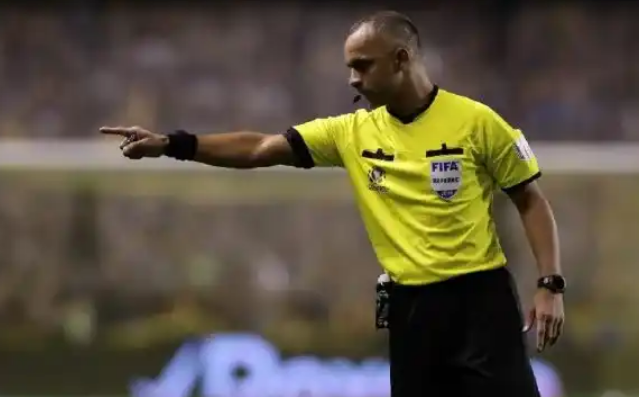 Another look at the matter is the fact that, since Sampaio Wilton has been referring games that involved the Albiceleste, Argentina has never lost on any occasion. In 2017 when Argentina played Peru, the same man was at the centre of the game which Argentina won. Again in 2019 Copa America tournament Group games, against Paraguay, the Albiceleste drew 1-1 with same man in the centre of the game running the affair. Argentina also beat Ecuador by 3-0 in another Copa America game with same Referee at the helms of officiating. 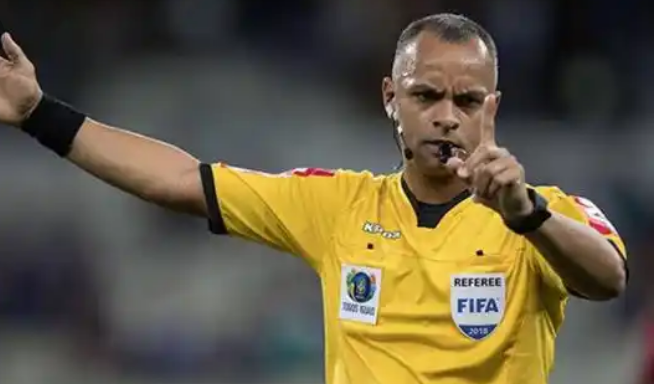 For the fact that Argentina were always lucky or better off with Sampaio Wilton on duty, Messi shouldn't have taken that dig at him. In the end, there was no proof that the 39 years old Referee has been working or worked against Argentina as Messi was painting it. 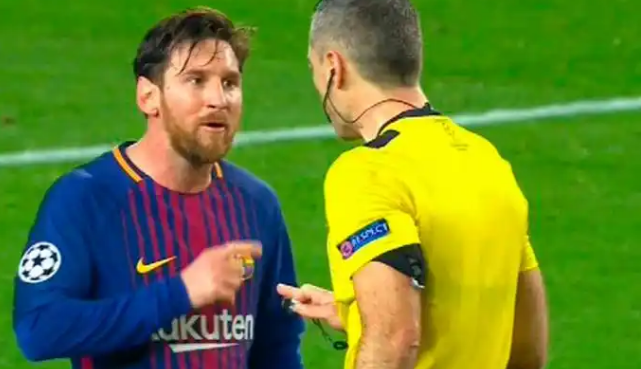 Messi will have to learn to accept games outcome whenever Sampaio Wilton anchors Albiceleste games as he doesn't have any Power over the appointment of Referees. What do you think should be done to tackle Players that comes with open criticisms against the Referees? Follow for more stories.