By Informationminister (self media writer) | 1 year ago 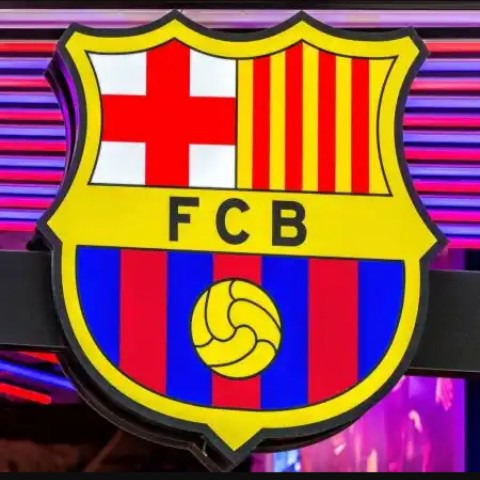 Barcelona can now be referred to as; "The giant underdogs" in European football.

The Catalans have shown their unworthiness of being called "The european giant," as they are always known to be. On Thursday night, the Catalans were far from their best when they hosted Osasuna at the camp nou as they found it very difficult to grab three points from two meetings in the la-liga.

The first time these two met at the el-sadar stadium,the Catalans managed to go home with a draw,this time around, coming to the camp nou, so much was expected from the big boys,but instead, they shook the world with a lackluster style of football that can't even be played by any team in the segunda division.

Remember, this Catalan team were sitting second with just four points behind league leaders "Real Madrid," hoping to grab a win from this match to help sustain their la-liga title dreams, but instead, it was shattered right in their face.

The Catalans went one goal down just 15 minutes into the start of the game,before Lionel Messi came equalising at the sixty fifth minute with a stunning free kick. Osasuna then received a red in the second half, but still went on to win the Catalans at the end. ThisBarcelona team are recognised as the weakest team ever for more than a decade. Barca used to be a team that was most feared and dangerous in world football, because of their consistent dominance & their ability to score as many goals as possible.

Barcelona used to be a fierce and messimerising team during the era of Pep Guardiola,but all that seem to have changed. They now find it very difficult to score three goals in a single match and their clean sheet record also has been below par.

This Barcelona team are been referred to as the "Giant underdogs," because they've proven to be no threat and can easily be beaten by any team irrespective of the standing just like we saw against Liverpool and Roma in the champions league, and now Osasuna.

Their legacy and respect are gradually going down the mud if they don't go back to the drawing board and fix the problem as quickly as possible.

Now, they have just one last life to prove to the world they still have their philosophy and still have what it takes to still be called "European giant," and that's only by lifting the champions league this season,and for this to be possible, they firstly have to go past Napoli when they host them in the second leg of the championship league. Let's watch and see if they can bounce back as soon as possible..

Content created and supplied by: Informationminister (via Opera News )