By Adenijisports (self meida writer) | 7 months 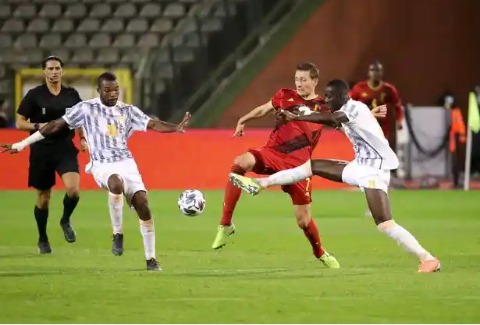 The Red Devils defender Eric Bailly has disclosed that he feels "perfectly fine" despite being forced off the pitch during the Ivory Coast's interntional friendly with Belgium on Thursday evening.

The Ivorian star appeared to be clutching the back of his leg before being replaced in the 2nd half of Ivory coast match.

A report claimed that the centre-defender could now be facing 3 weeks on the sidelines with a hamstring problem, which would have ruled him out of Manchester United's upcoming fixtures with the Magpies, Paris Saint-Germain and the Blues.

However, Eric Bailly has taken to internet based network (social media) to provide a positive update on his situation, posting the following message on IG: "Thanks for worrying about me. But I feel perfectly fine, just fatigue."

Eric Bailly was handed a starting role against Spurs in the English Premier League last weekend but couldn't stop his side from suffering a heavy defeat to Tottenham.

Manchester United gaffer Ole Gunnar Solskjaer will seemingly choose between Bailly and Victor Lindelof to partner Harry Maguire in centre defence against Newcastle next Saturday, although Axel Tuanzebe is now fit after a long periods on the sidelines.

So What's The Difference Between The Current Security Chiefs And The Ones Sacked? -Man Asks

The Global Economy As At April 2021