As regards the 2021-2022 Premier League fixtures, Liverpool successfully humiliated Manchester United at Old Trafford, as the Jurgen Klopp's men defeated them 5-0. Of course, nobody believes the Red Devils could concede such a number of goals against the Reds yesterday. Nevertheless, it was a big call for Manchester United, so as to be able to strengthen their squad. 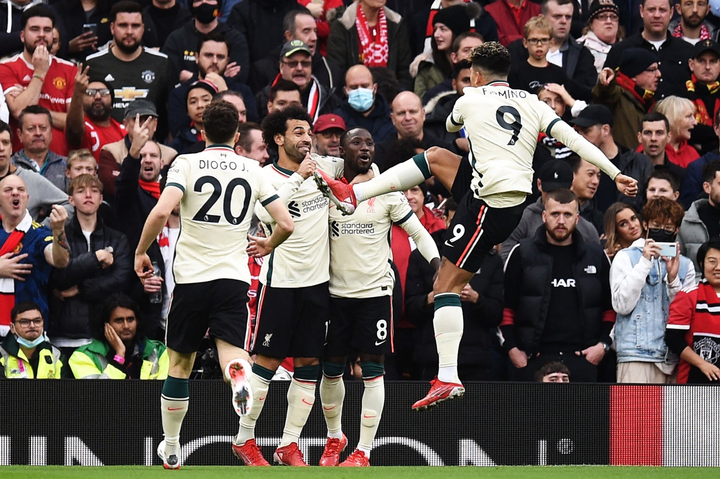 Meanwhile, there are five records Mohamed Salah created at Old Trafford yesterday, as he registered a hat-trick against the Ole Gunnar Solskjær's men. Apparently, the Egyptian wizard is indeed on fire this season, having seen his performance in all competitions, from the beginning of the 2021-2022 campaign. Without a doubt, the player keeps getting better on a daily basis.

Frankly, the Liverpool's No.11 is indeed a brilliant and consistent player, because he has never stopped performing amazingly in every season since he joined the Reds family. Having said that, he created these five records, followed by his hat-trick against Manchester United on Sunday. Of course, the Egyptian is expected to get a salary-rise, whenever he extends his contract at Anfield. 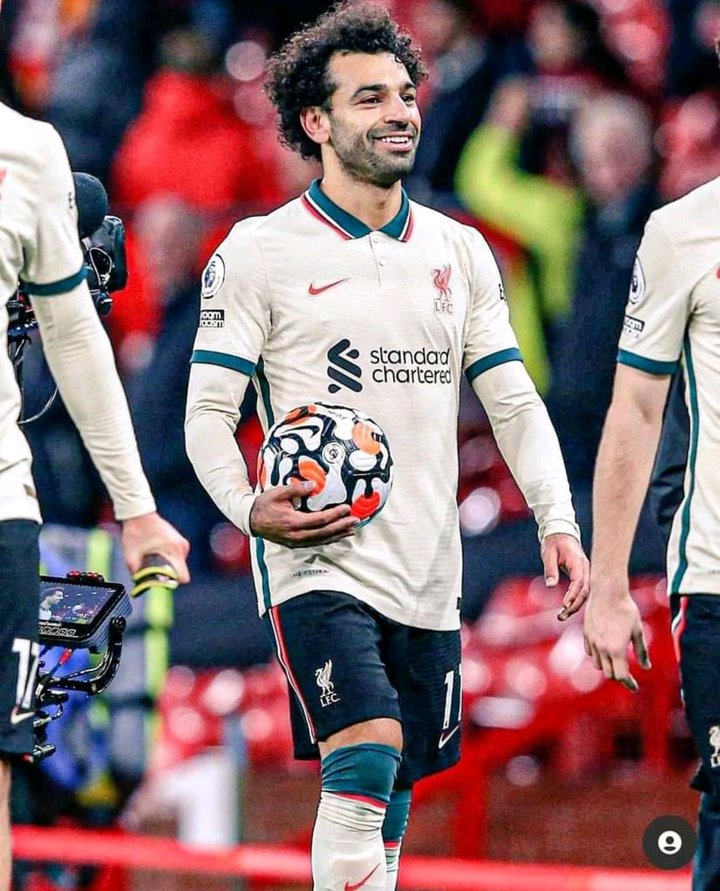 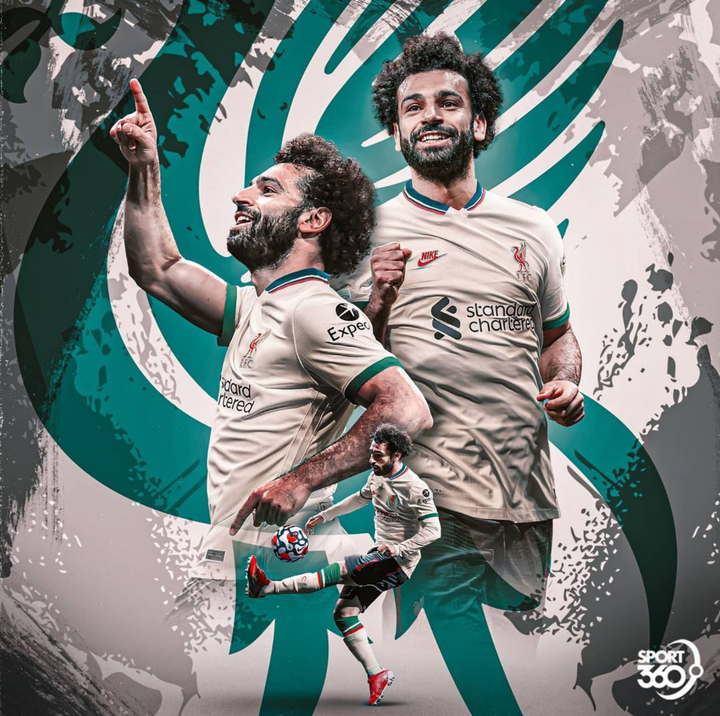 Firstly, Mohamed Salah is now the first African player with the most goals (107) in Premier League history. The Egyptian broke Chelsea's Didier Drogba 104 goals record, having bagged a hat-trick against the Red Devils last evening.

Secondly, the Liverpool's No.11 is the first Premier League player to score an away hat-trick at Old Trafford for over 18 years, since Ronald did so for Real Madrid in April 2003. 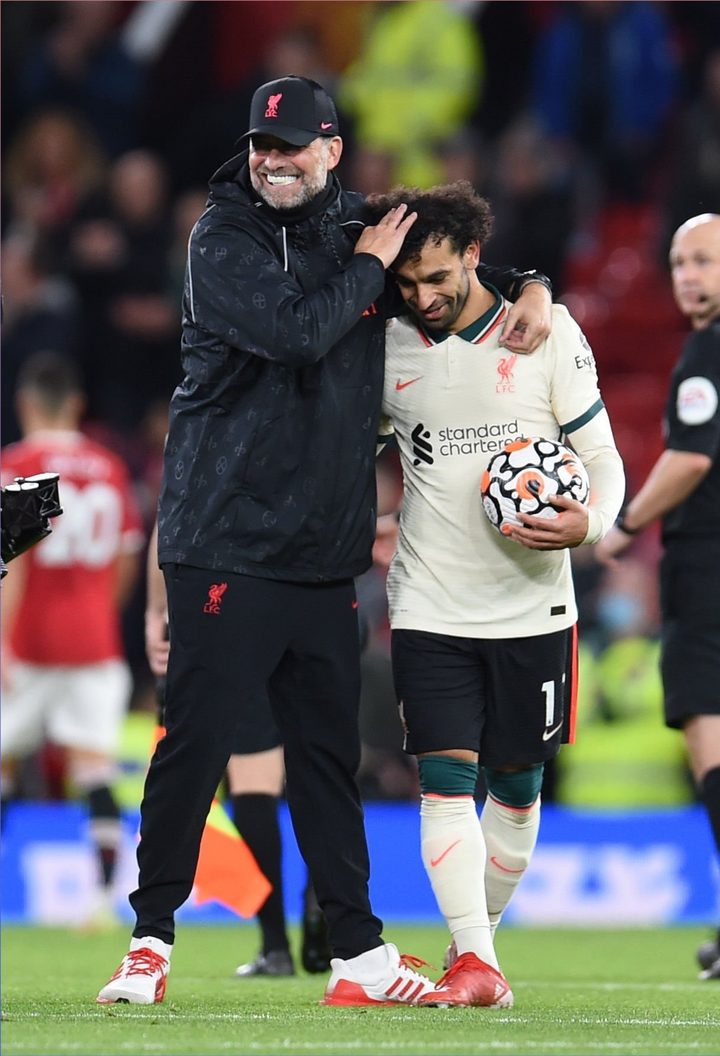 Thirdly, the Egyptian wizard is the first Liverpool player to score in 5 back-to-back away games (Manchester United, Atletico Madrid, Watford, Porto and Brentford) since 1902.

Fourthly, Mohamed Salah is the first Liverpool player in history to score against Manchester United, in three straight away appearances at Old Trafford. That being said, the player has already surpassed Luis Suárez and Fernando Torres' records at the club. 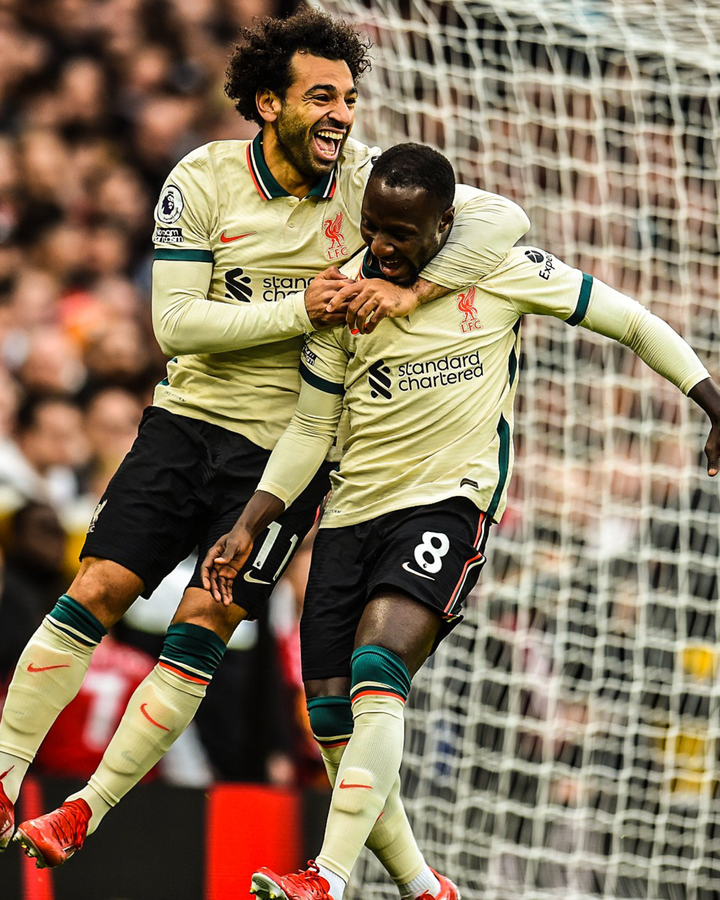 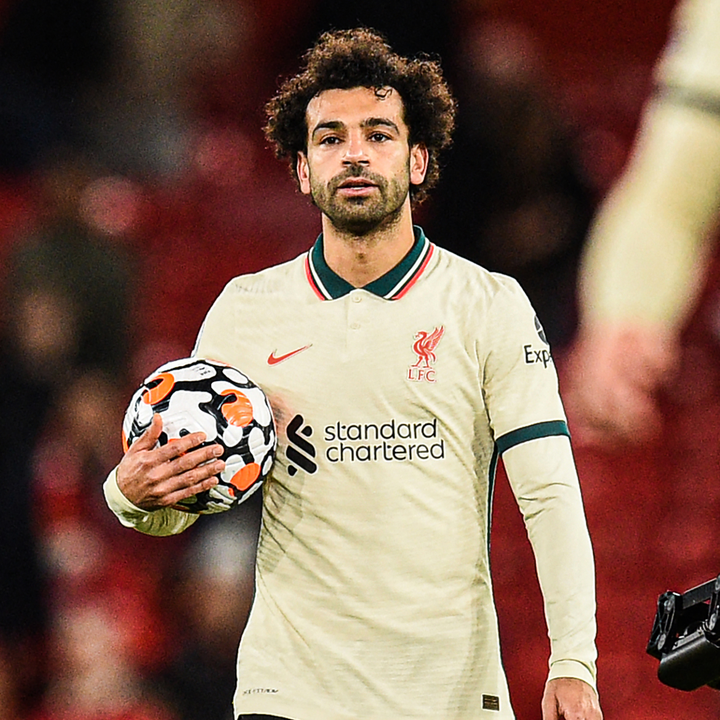