UCL: 2 top clubs that are in a must-win situation but are in bad form heading into game week 2

By SportsBible (self media writer) | 27 days ago 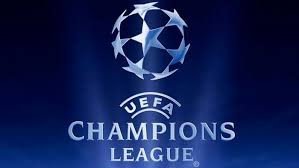 The game week 2 fixtures for the UEFA Champions League group stage will be played this Tuesday and Wednesday. Although after that there will be 4 group stage matches left, clubs like Paris Saint-Germain, AC Milan, Manchester United, Atletico Madrid, and Barcelona head into their respective matches knowing that only a win will do. All 5 clubs will be at risk of being eliminated if they fail to win. However, among them are 2 clubs that are in desperate need of the win as their poor form may not allow them to recover and qualify for the knockout rounds.

Last season the Red Devils could not make it past the group stage after failing to win any of their last 2 matches. This season it could happen again if Ole Gunnar Solskjaer's men fail to beat Villarreal after their shocking defeat in game week 1 to Young Boys.

Villarreal drew their first match with Atalanta and is not in great form currently. However, so are United who has only picked up one win since they lost to Young Boys. What makes it worse for United is that they have not beaten the Spanish club in 5 attempts. It will be interesting to see how Solskjaer handles this situation.

Having been consistent in this competition for the last 2 decades, it's not often that Barcelona finds itself in a must-win situation after the first group stage match. You will go back to the 2000/01 campaign, which is 21 years ago for the last time Barcelona did not make it past the group stage.

Having said that, there is a real danger it could happen this season if they fail to beat Benfica after the humbling experience against Bayern Munich. On paper, the Blaugrana is a much stronger side than the Portuguese club. However, since losing to Bayern they have only won once. That makes this an interesting game as the Eagles have not lost any of their last 10 matches in all competitions.

REPORTS: Barcelona midfield star suffers hamstring injury, could be out for weeks