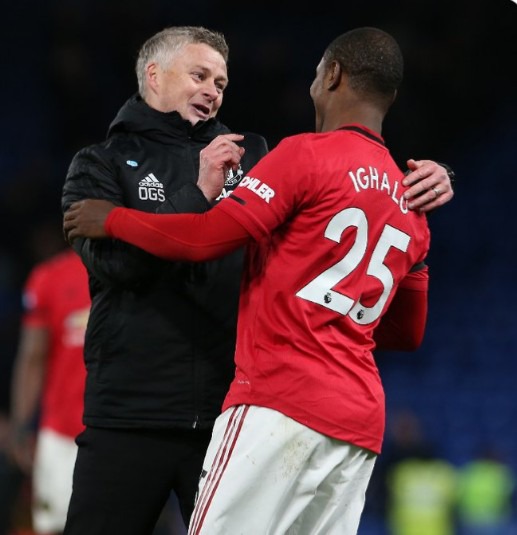 Having defeated the Blues home and away in the English Premier League this season, Ole Gunnar Solskjaer's Red Devils will be looking forward to winning the encounter again, having played 18 matches unbeaten in all competitions. 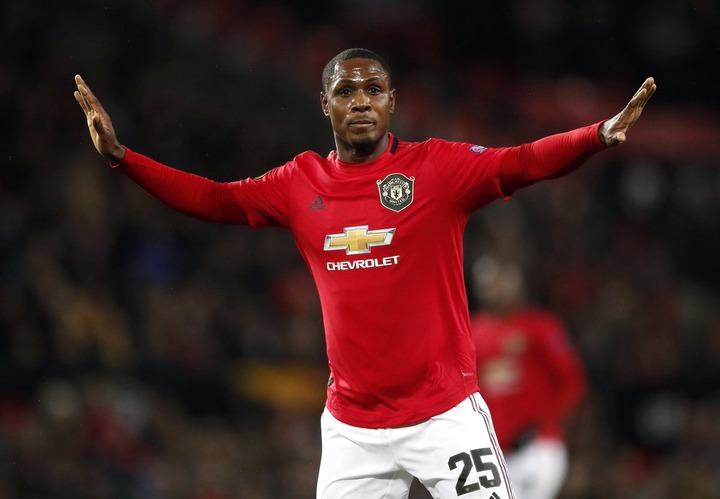 Odion Ighalo and Harry Maguire were on target as Manchester United defeated Norwich city 2-1 to reach the Semi Final of the competition few weeks ago, while Rose Barkley's lone goal against Everton was enough to book a spot in the Semi Final. 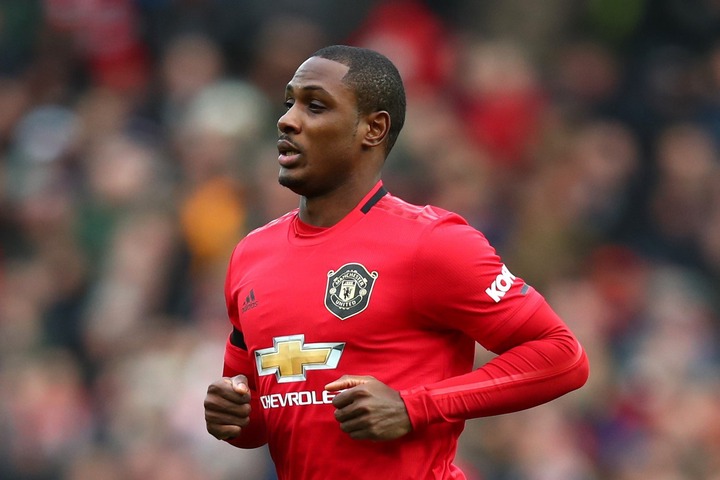 Speaking ahead of Sunday game, Odion Ighalo said he is looking forward to helping Manchester United reach the Final of the competition, having lost the semi final to Crystal Palace when he was playing for Watford FC in 2016, which the Eagles later loss the Final to the Red Devils. 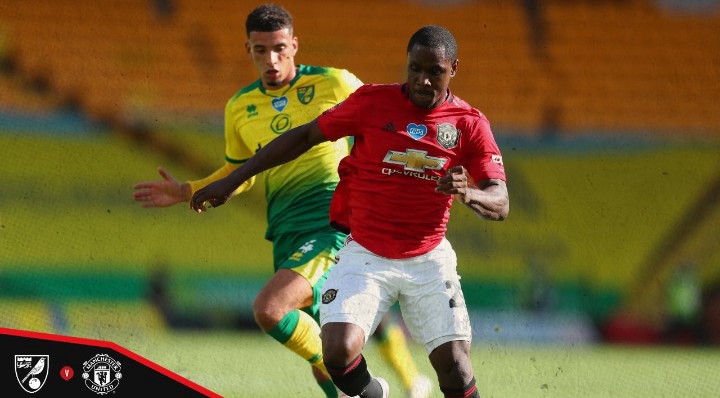 Ighalo has now said he'll be ready to lead United's attack, and he won't allow what happened in 2016 to repeat itself. 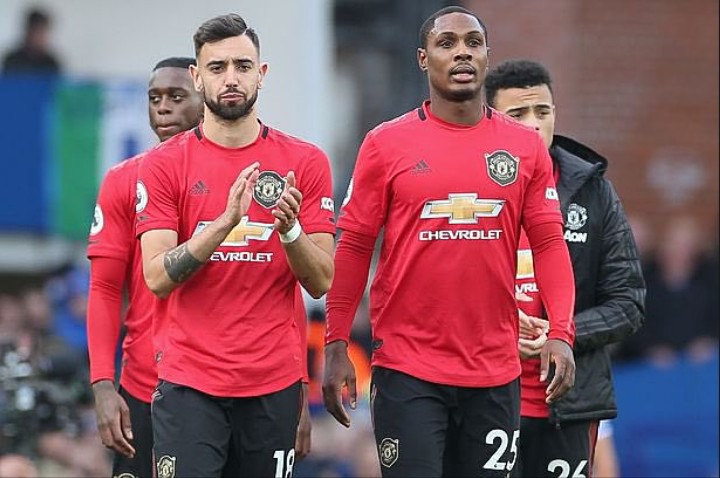 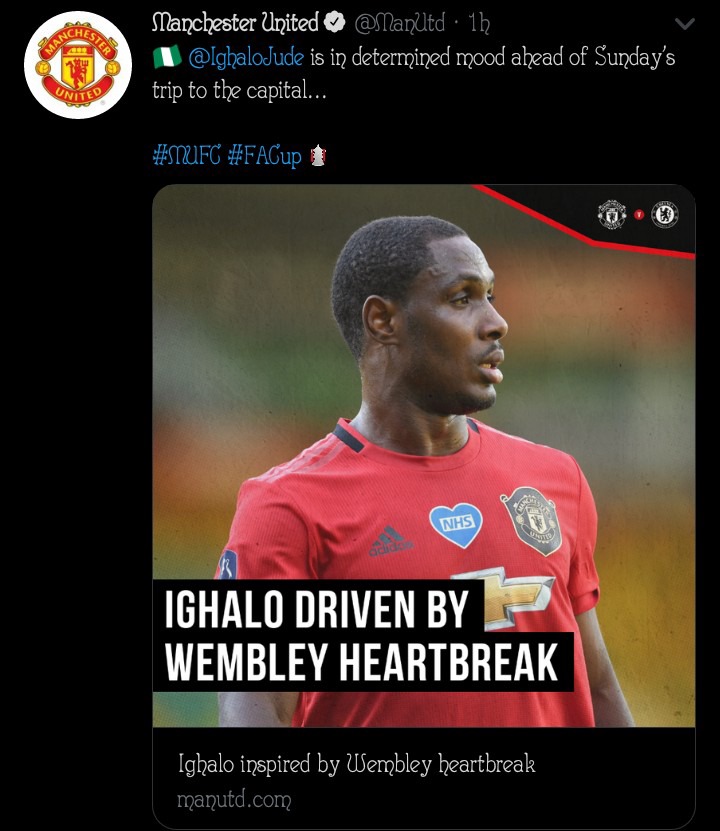 Manchester United supporters have now started reacting to the Red Devils statement by saying the Nigerian star needs to start ahead of Anthony Martial or Marcus Rashford in United's attack against Chelsea on Sunday. 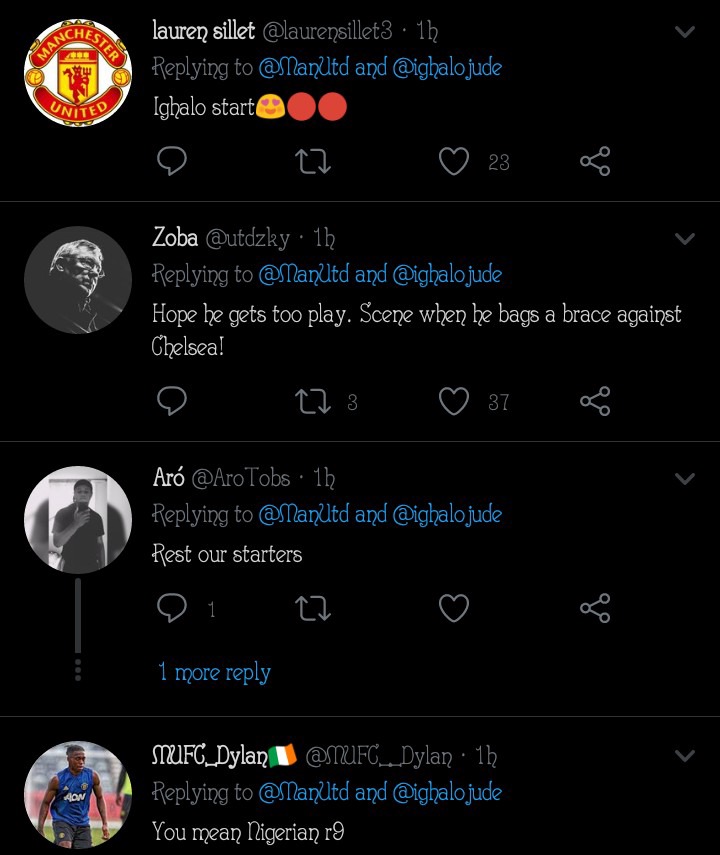 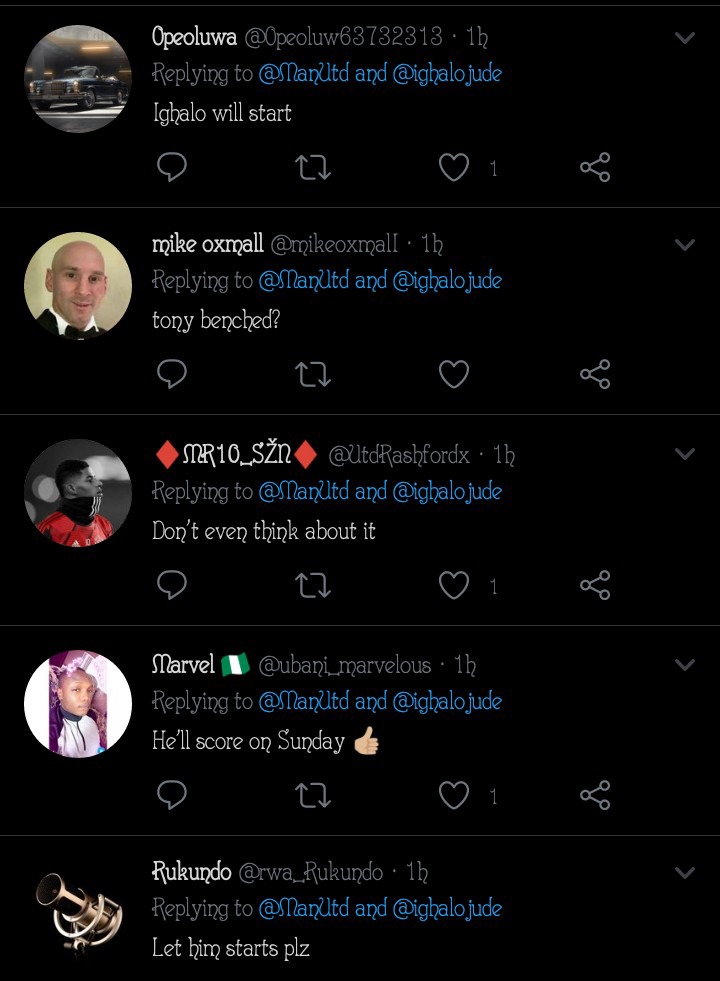 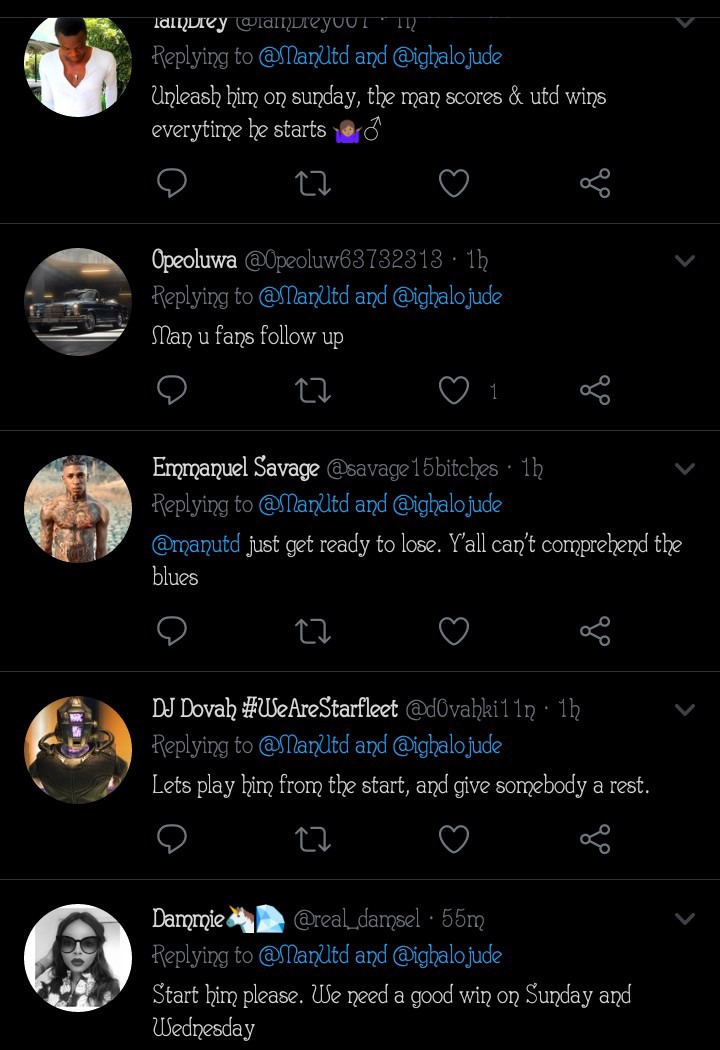 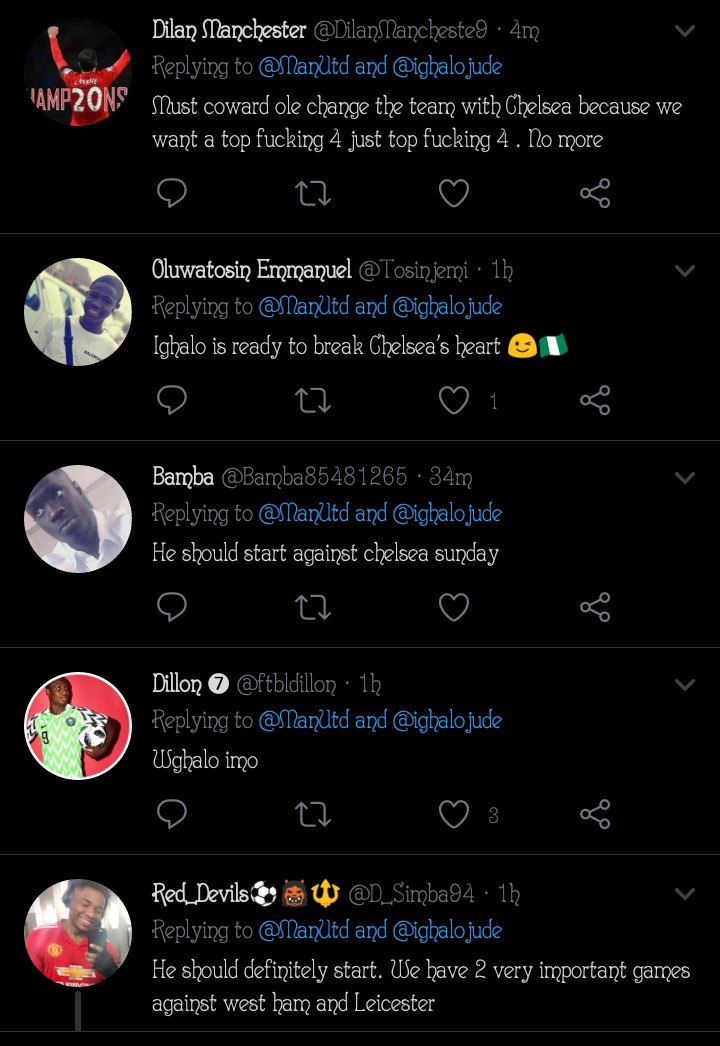 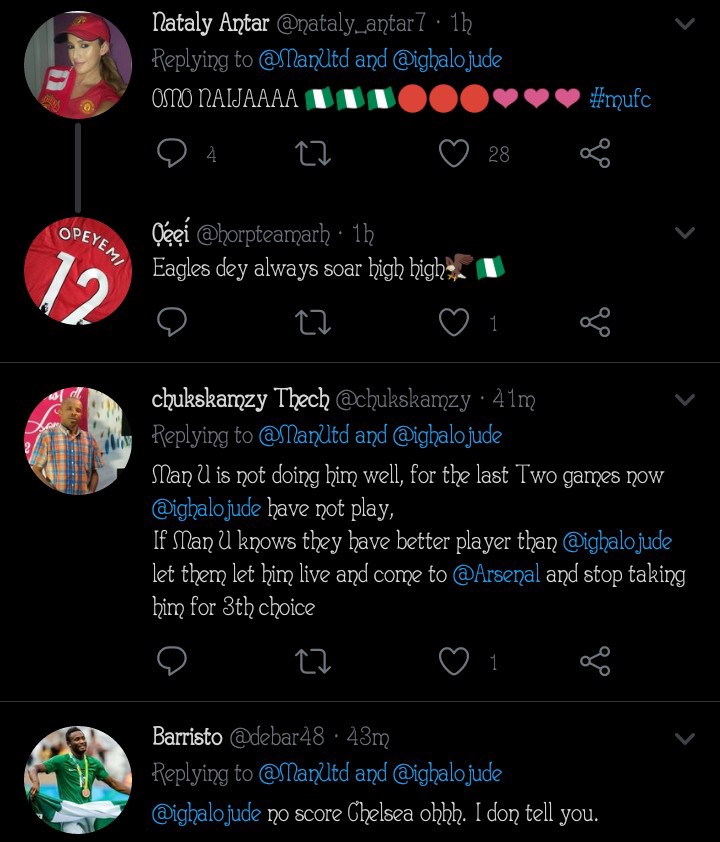 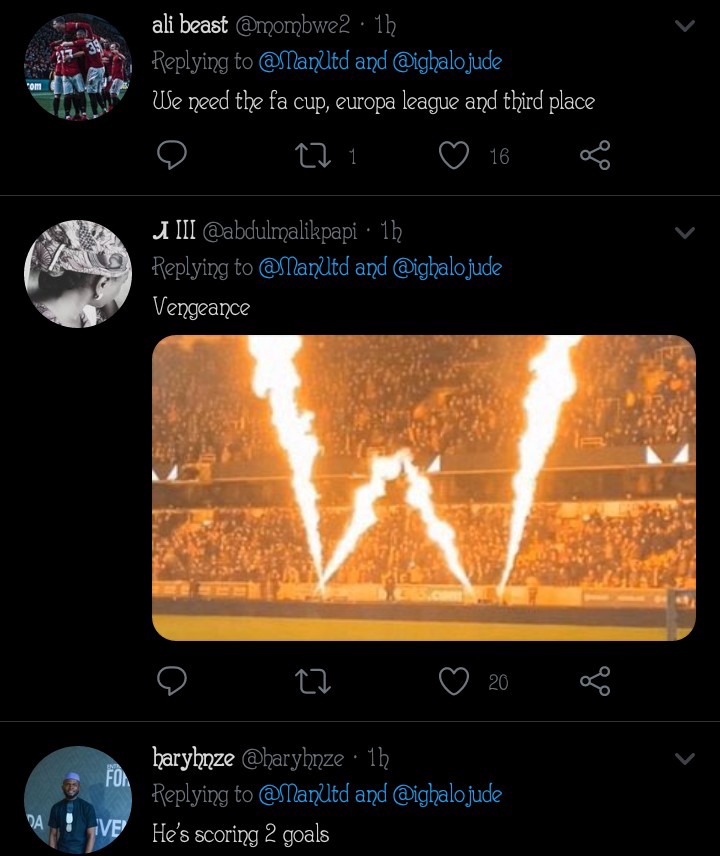 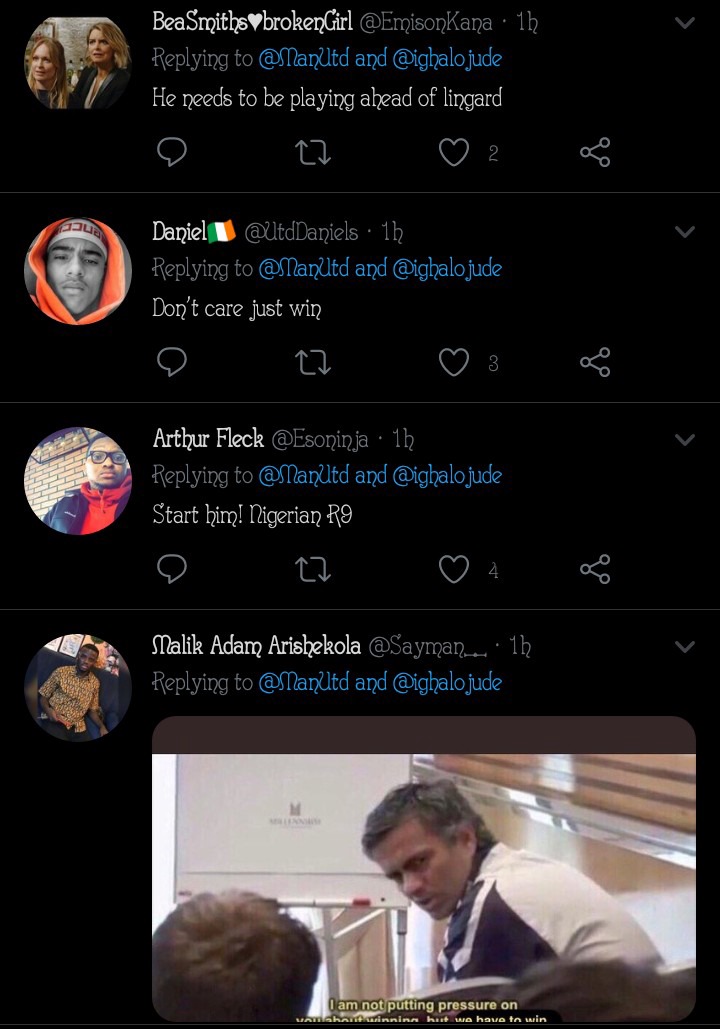 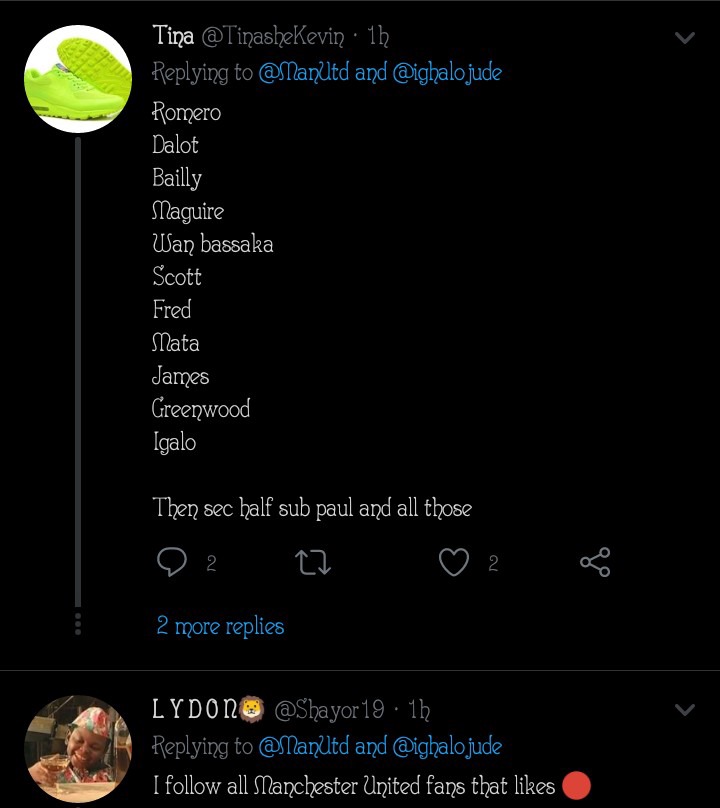 Man United have gone over three years without a trophy for the first time since the late 1980s and Odion Jude Ighalo hopes to help them end the wait for silverware this season.