It is a honorable gesture to be honor with a statue in a foreign country. Not everyone gets a statue built in their honor, more so while they're still alive.

Super Eagles striker Anthony Nwakaeme is fortunate to achieve such feat in Turkey. 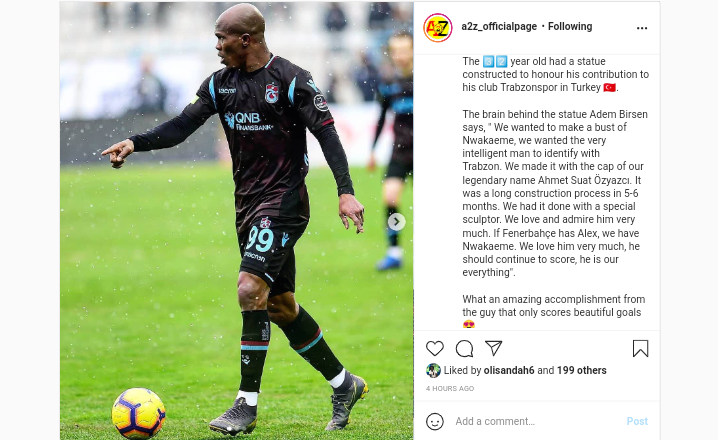 According to Instagram Sports page A2z_official revealed that the statue of the 32-year-old has been honored with a statue for his contribution for his turkish side Trabzonspor. 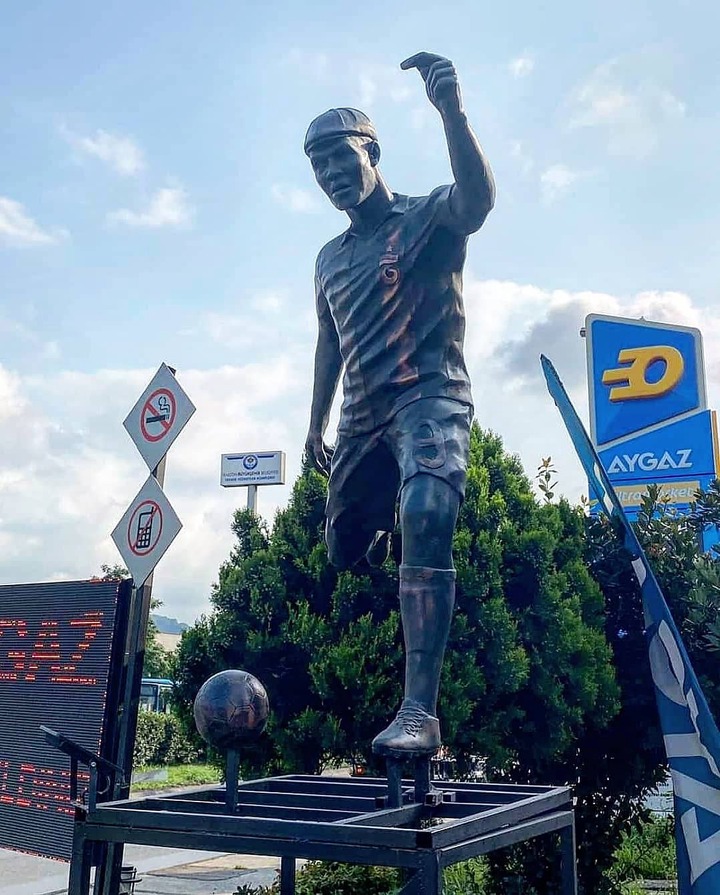 The Super Eagles forward has been the Turkish Super Lig side since 2018, he has been become the Club's legend following his incredible goal contributions to the team.

Anthony is a passionate striker with an incredible style of play. He is often called a "bully" by supporters. The Nigerian striker has scored more than sixty league goals for the Turkish side since his arrival, helping them survive relegation in the process. Nwakaeme started his career in 2010 at Romanian club Ariesul Turda in the second Division. He scored five goals in five appearance in his first season in Europe before moving to other clubs.

The prolific forward has not had a smooth journey with the national team despite his incredible form in Europe. The Trabzonspor striker has just two international caps under his belt. But Nwakaeme told the media in 2019, that he deserves more caps for the Super Eagles than what he got given his consistency at club level.