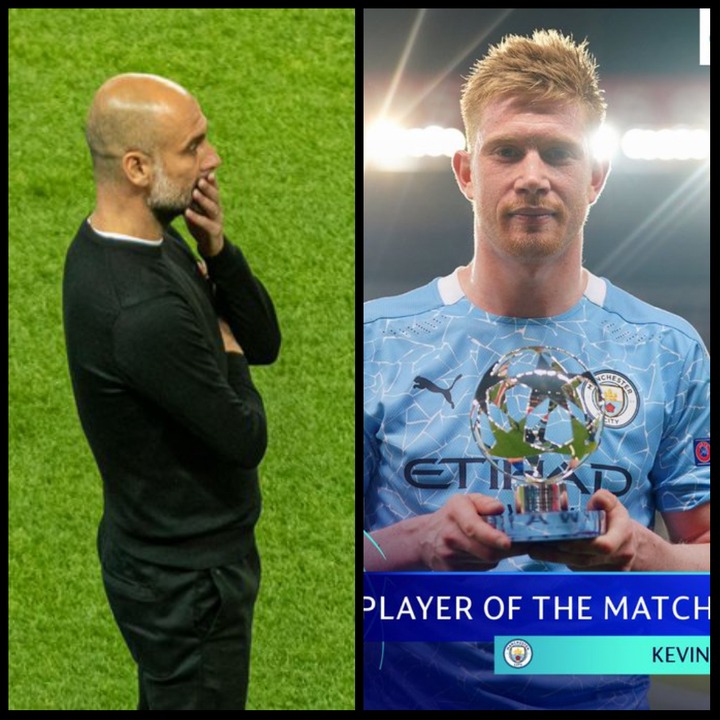 Manchester city came from behind to grab an important win and also a crucial away goal after conceding early in the first half to Pochettino side.

Goals from Kevin and Mahrez was enough to secure man city a first leg win against PSG. Manchester city looked really messed up in the first half as they where all over the pitch with the way the PSG team set up, also with the way they was playing and keeping the intensity of the game fast. PSG where absolute beast in the first half after their captain, marqihos open the score sheet from his side as he headed in a brilliant cross from Di Maria. 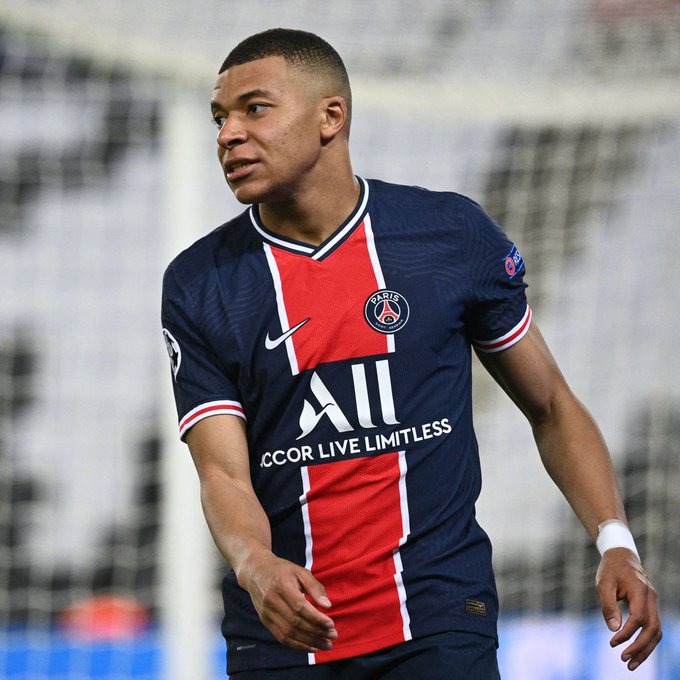 Coming into the second half we saw a different Manchester city side, looking sharp and lively as they where keeping the intensity of the game slow, despite being behind. As they say a little pep talk from the manager can change the way a team approach the game in the second half. Manchester city got the goals they needed after a brilliant cross from Kevin manages to find the back of the net, with nobody getting at the end of it and a classic mahrez freekick to give Pep the first leg win.

After winning the man of the match in yesterday clash, Kevin De Bruyne revealed in press conference the classy message Pep manager told them in the dressing room at halftime, that made them believed they could actually get something from this game. 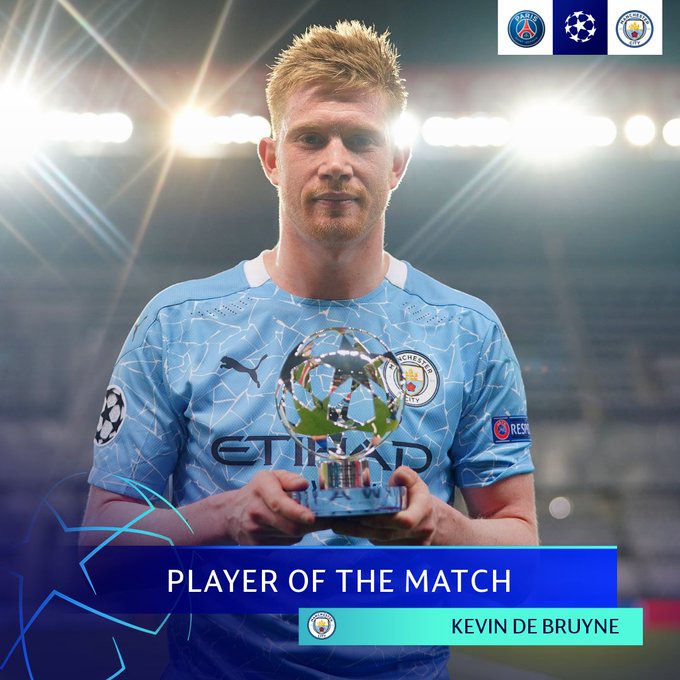 He revealed that Pep told them to not rush by trying to go forward quickly, bring the intensity of the game down, by playing slowly. 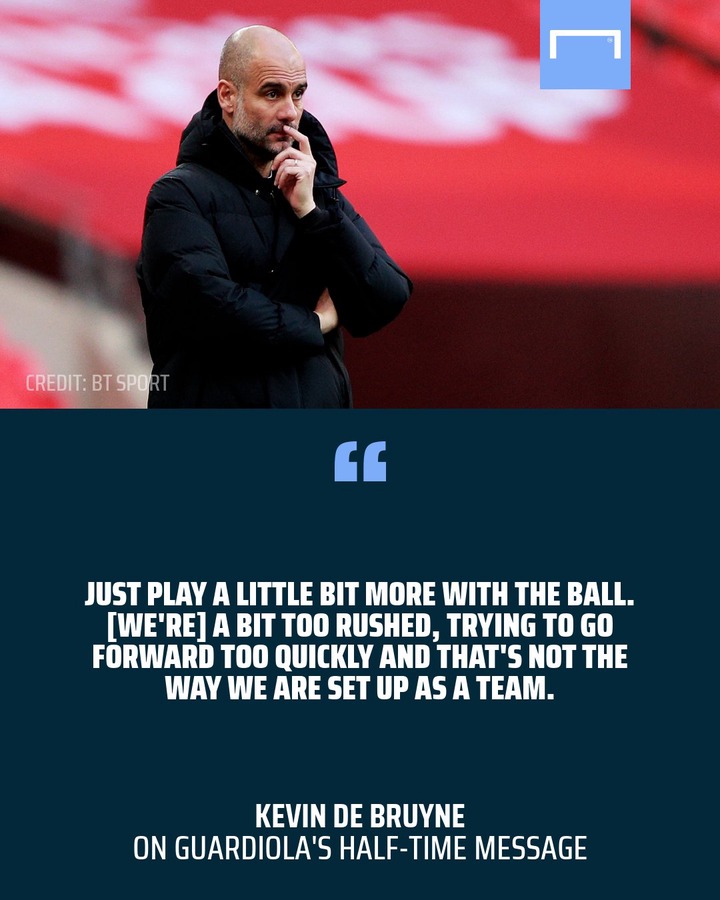