WWE has announced that Cedric Alexander and Shelton Benjamin will challenge Kofi Kingston and Xavier Woods for the RAW Tag Team titles at TLC 2020. The event will take place at Tropicana Field in St. Petersburg, Florida on Sunday, December 20. 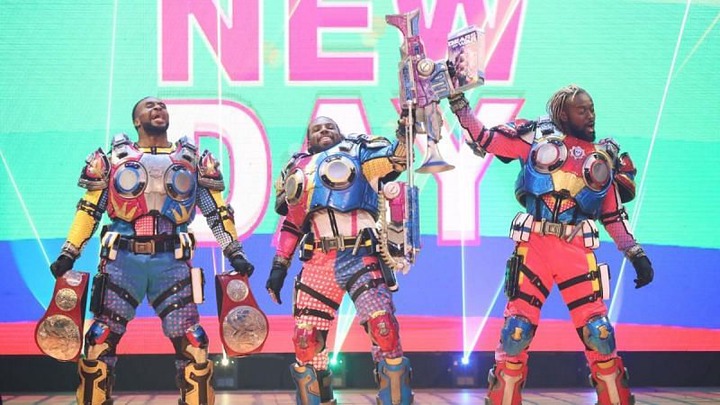 Xavier Woods responded to WWE’s announcement by mocking The Hurt Business’ recent record against The New Day. Cedric Alexander and Shelton Benjamin previously failed to win the titles from Kofi Kingston and Woods on two WWE RAW episodes in November.

WWE brought back WWE King of the Ring in 2019 after a four-year absence, with Baron Corbin winning the tournament. It is currently unclear if the tournament will return again.

The New Day’s Kofi Kingston and Xavier Woods won the SmackDown Tag Team titles from Cesaro and Shinsuke Nakamura in October. They went on to trade the titles with SmackDown-bound duo The Street Profits, meaning they became RAW Tag Team Champions upon their move to RAW.

After retaining the titles against Dolph Ziggler and Robert Roode, Kingston and Woods soon became involved in a rivalry with The Hurt Business.

As Woods alluded to, The New Day has gotten the better of The Hurt Business in their title matches so far on WWE RAW. However, it is worth noting that Cedric Alexander has picked up singles victories over both Kingston and Woods.

Elsewhere on the RAW brand, Drew McIntyre will put his WWE Championship on the line against AJ Styles (w/Omos) at WWE TLC. The previous WWE Champion, Randy Orton, will be in non-title action against The Fiend Bray Wyatt (w/Alexa Bliss). It has also been announced that Asuka and Lana will challenge Nia Jax and Shayna Baszler for the WWE Women’s Tag Team titles.