Which Goalkeeper Performed Best During Champions League Group Stage? See Who had most votes 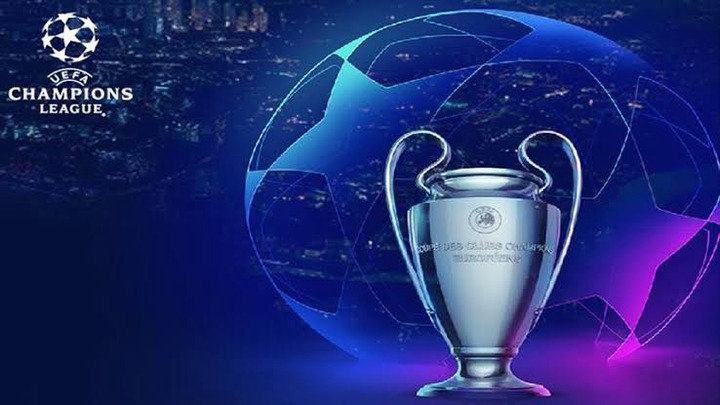 As this competition gets footballers exposed to different style of play from different league side, it also makes them meet some of the best players on the continent which they might have been watching on TV and dreaming to play with or against.

Infact, some footballers follow their dream by accepting a pay cut so as to get transferred from their club side to another due to the fascinating welcome they get from large number of fans who come to the stadiums to watch their matches.

The early kickoff of 2020/2021 football season was affected with the issue of deadly corona virus which ravaged almost all nations across the world. This deadly virus got league shut down while European competitions were also suspended due to lockdown initiated in various countries across the world. 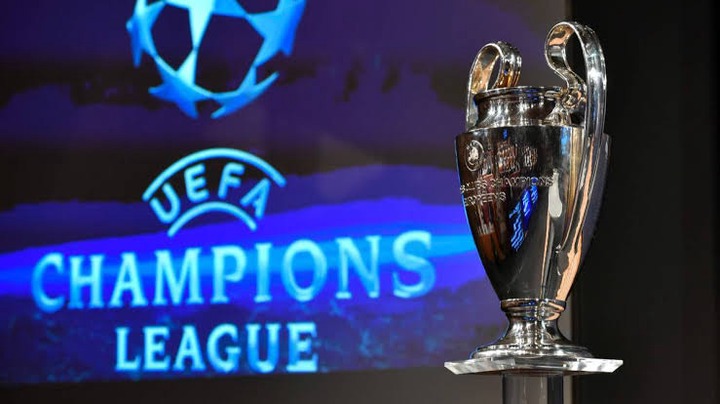 Meanwhile, as the season fully commences, even though fans were not allowed into the stadiums in some countries due to safety procedure against COVID-19, football teams have gone ahead to follow the Champions League schedule drawn by UEFA.

The group stage qualification round has been completed with teams like Sevilla, Barcelona, Real Madrid and Athletico Madrid from Spain, Juventus and Atalanta from Italian league, Dortmund, Bayern Munich, Borrussia Mochengladbach from German Bundesliga, Chelsea, Manchester City, Liverpool from English Premier League , PSG, RB Leipzig, FC Porto among others which qualified for the round of 16. 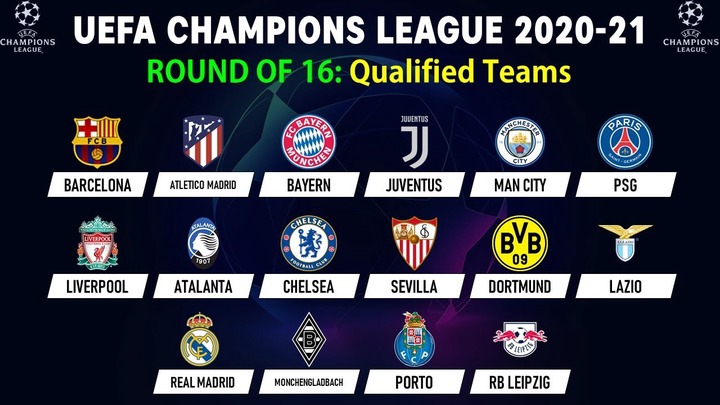 As the competitions was going on, some players have been able to perform well thus distinguishing themselves from others with top performance during the group stage. Player like C. Ronaldo, Mbappe, Ben Chilwell, Lewandowski, L.Messi, Timo Werner, Karim Benzema, Kurt Zouma, Neymar Jr and others have all been able to help their teams qualify for the next round. 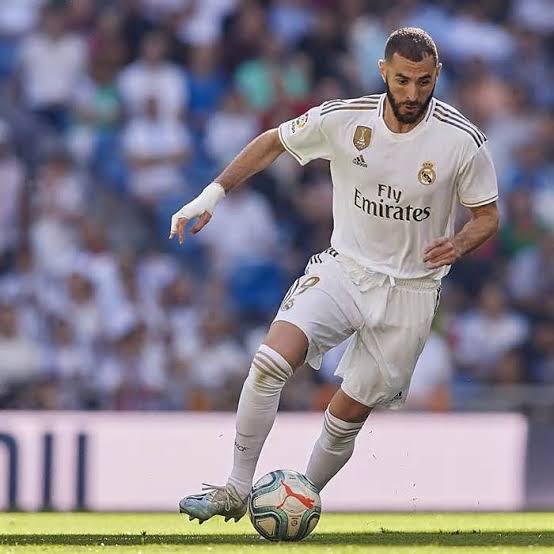 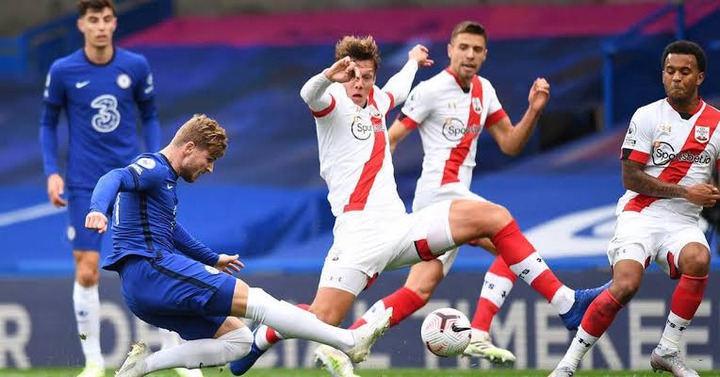 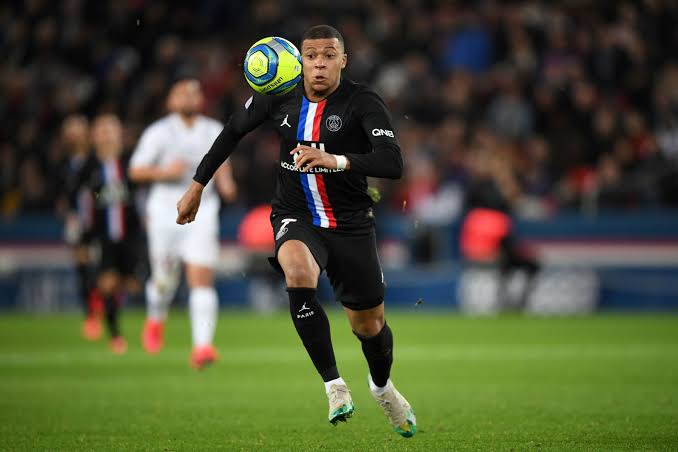 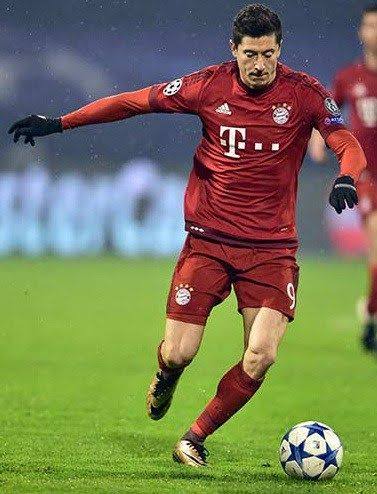 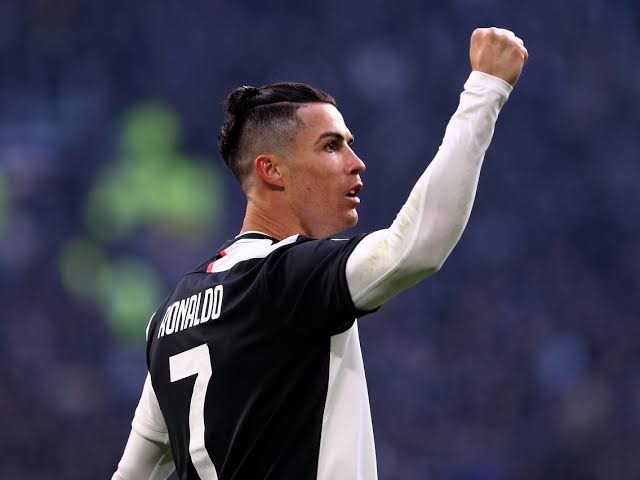 On the other hand, Goalkeepers who are saddled with the responsibilities of securing the goal post from the opponents scoring have also been able to prove themselves beyond doubt. Goal Keepers like Manuel Neuer(Bayern) Ter Stegen (Barcelona), Mendy (Chelsea) Oblak (A/Madrid), Buffon (Juventus), R.Burki (Dortmund), Ederson (Manchester City), Ruslan Neshcheret (Dynamo Kyiv), K. Navas (PSG) made the cut after top notch performance for their various club sides. The UEFA took to their official twitter account on twitter to ask fans on which goalkeeper(s) had the best performance during the Uefa Champions League Group Stages Matches. 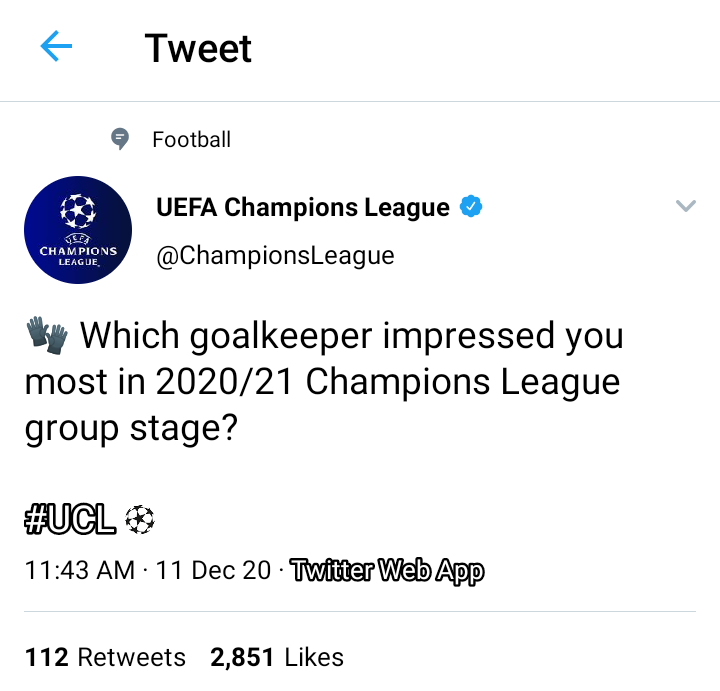 As this got the attention of fans, many of them choose goalkeepers like Buffon of Juventus, Mendy of Chelsea, Neuer of Bayern Munich while few went with Ederson of Manchester City, K.Navas of PSG, De Gea of Manchester United, Rublan Nescheret of Dynamo Kyiv, Allison of Liverpool.

See How people choose below; 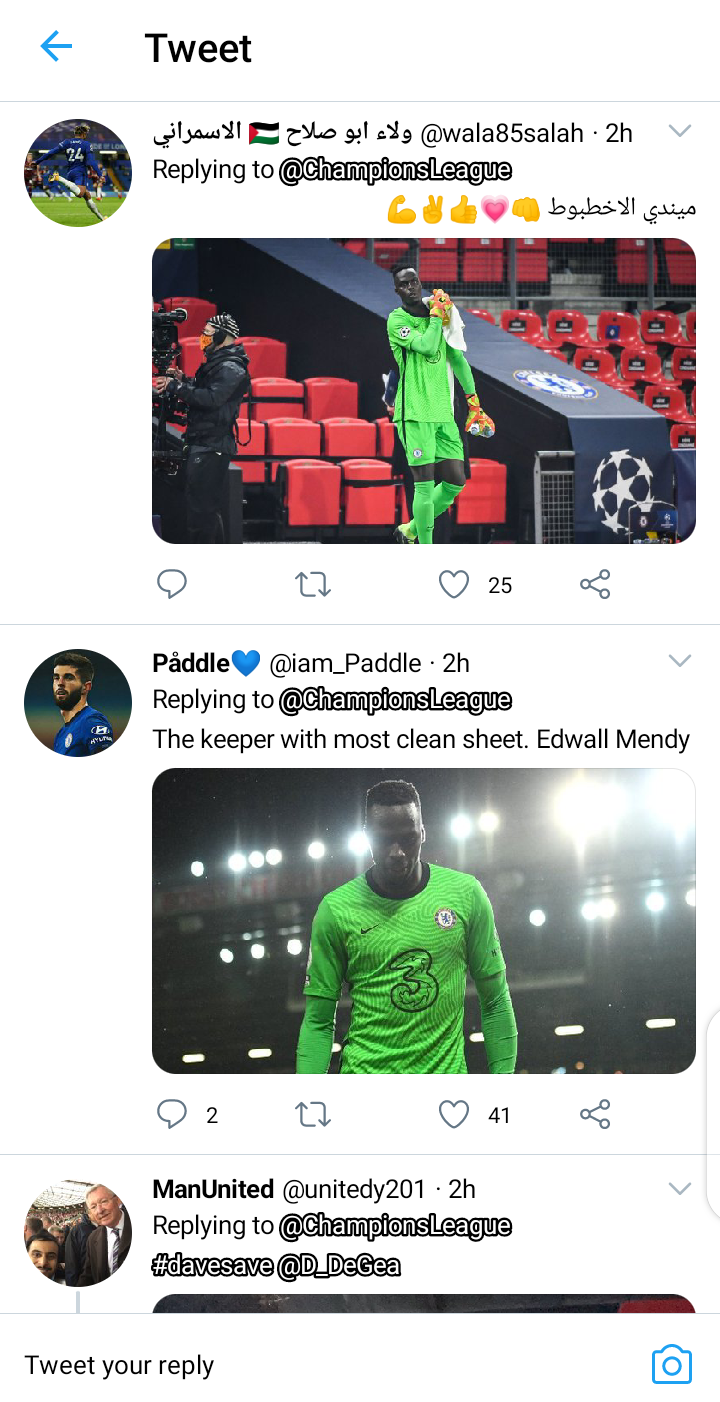 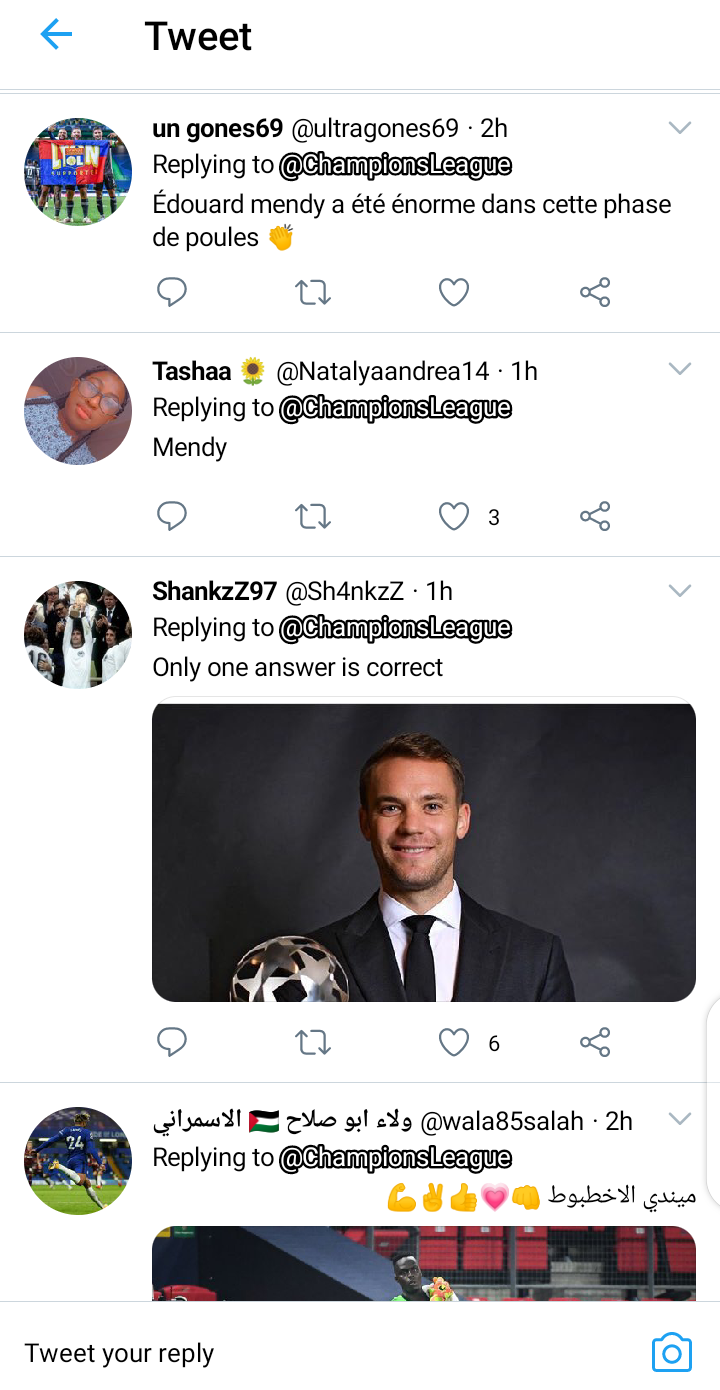 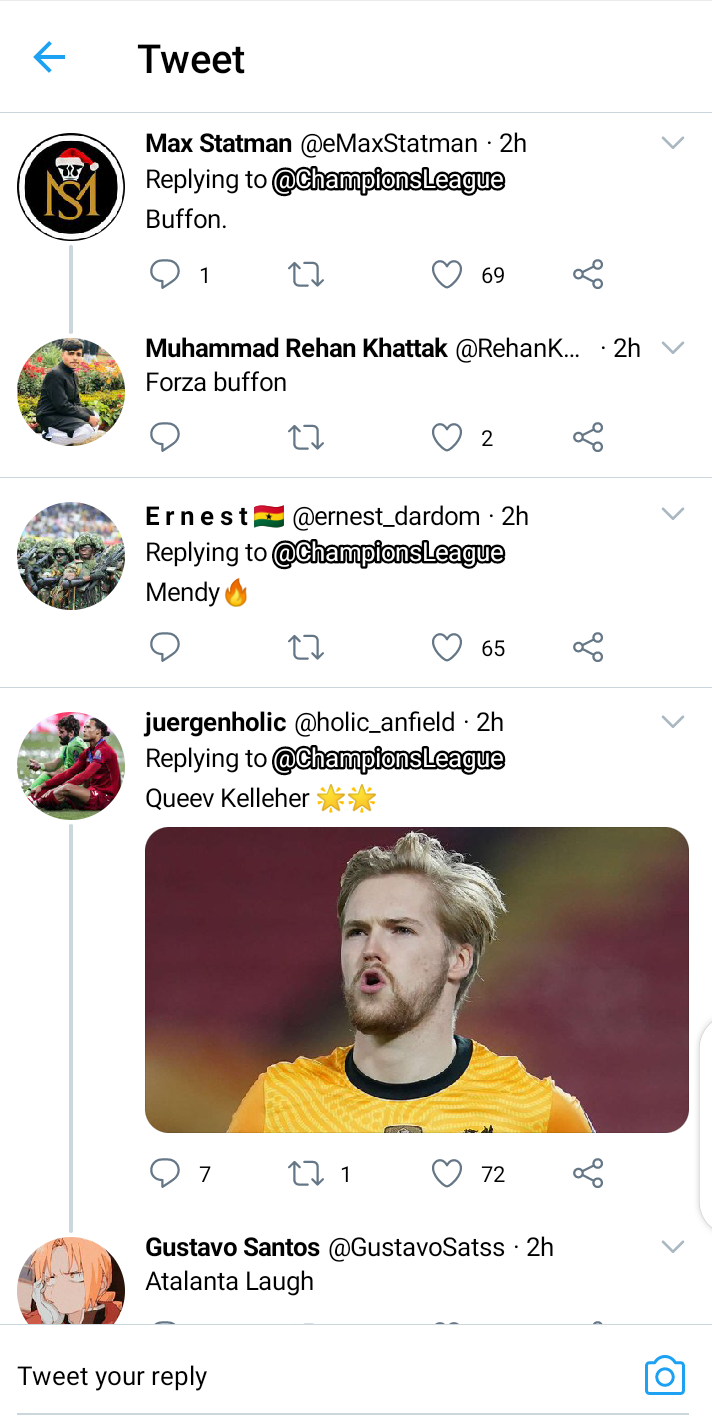 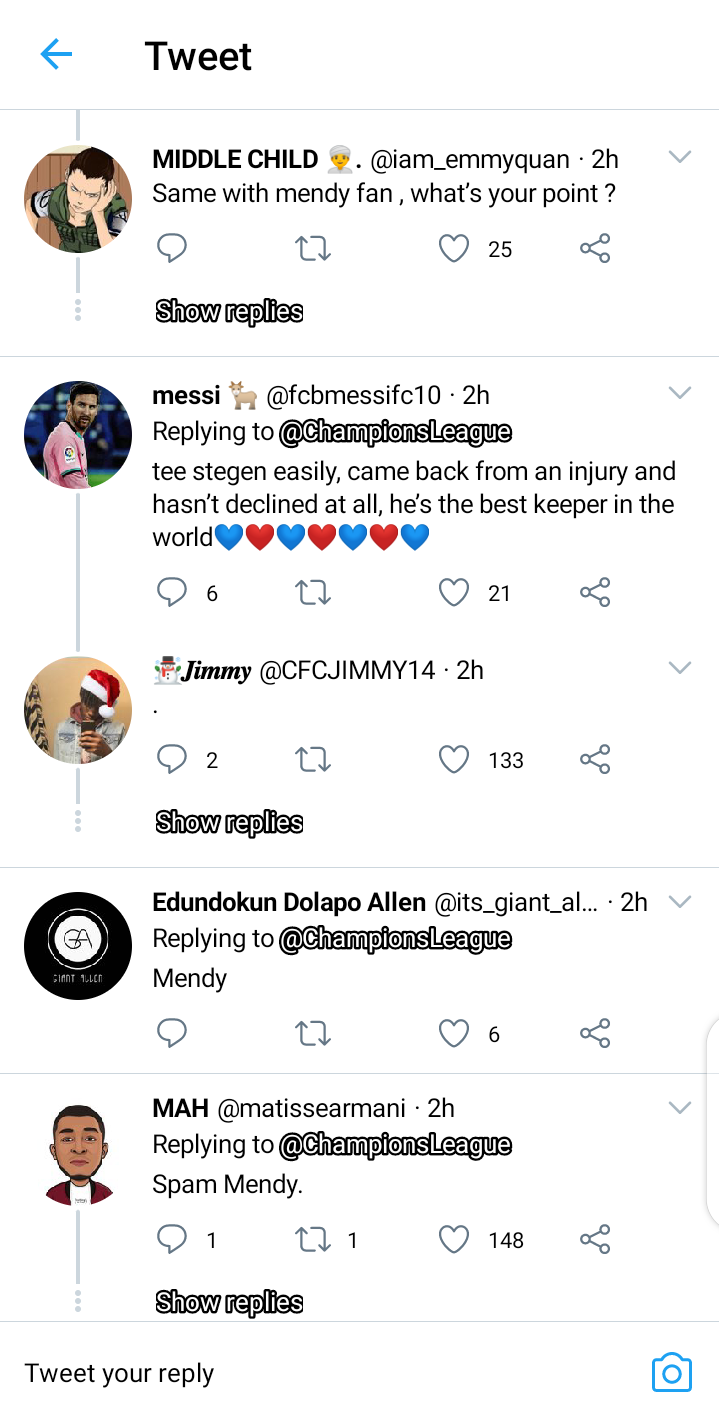 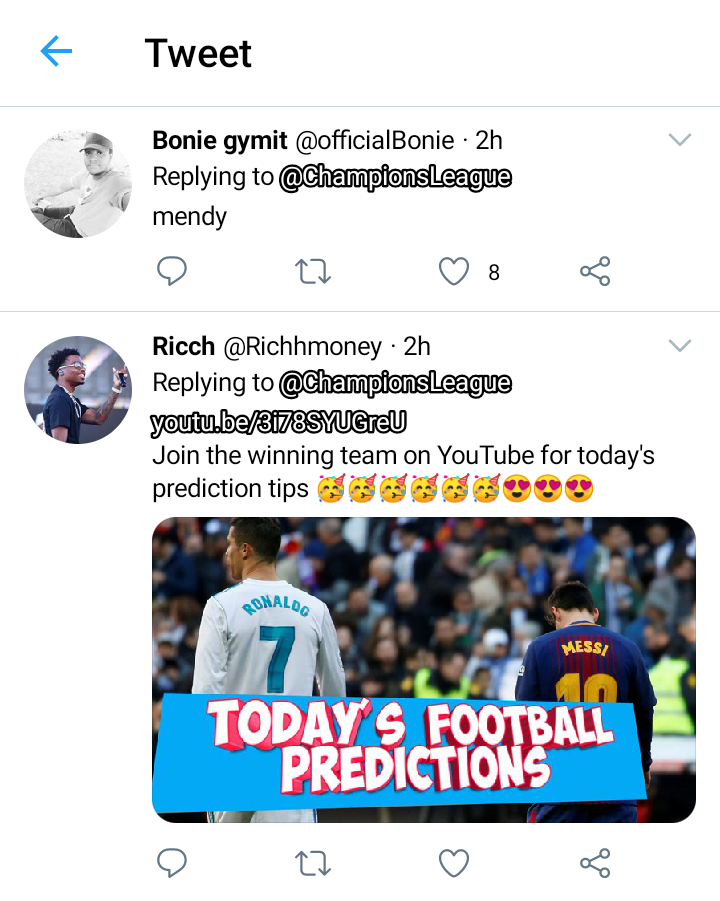 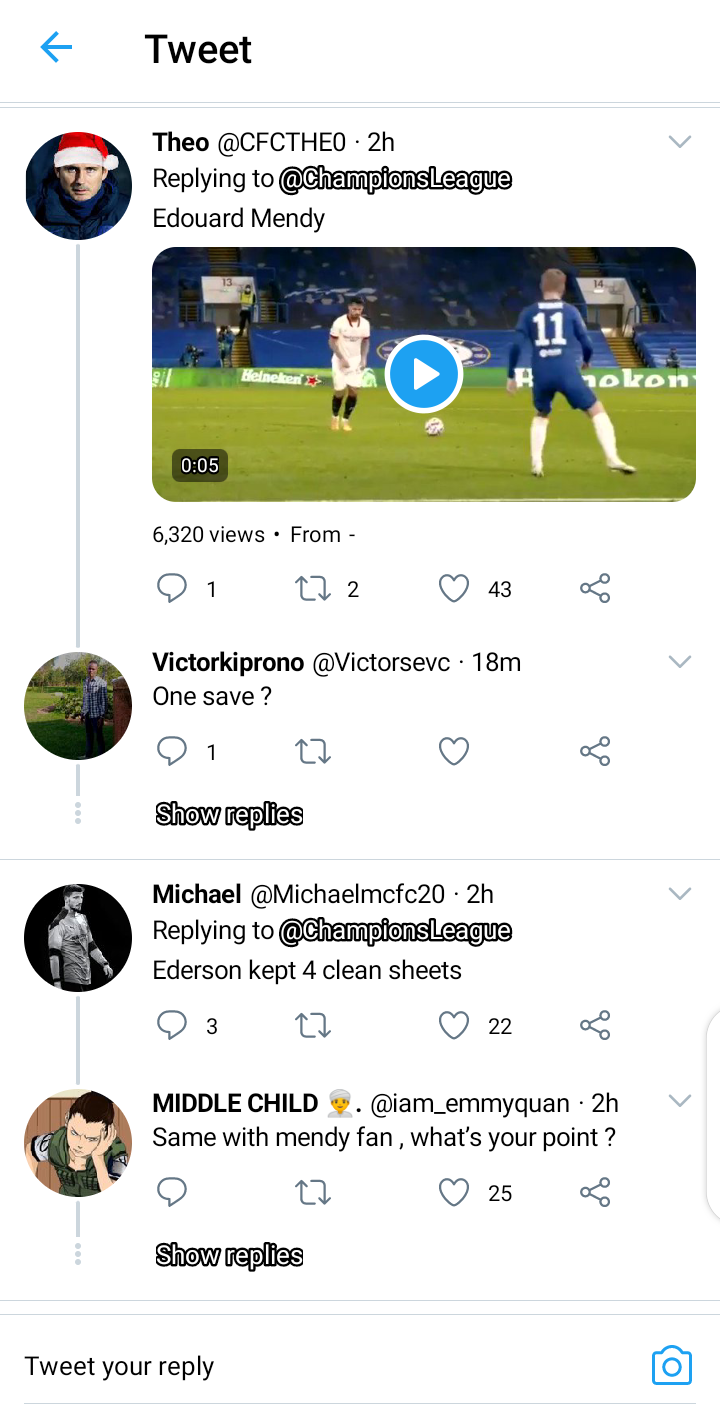 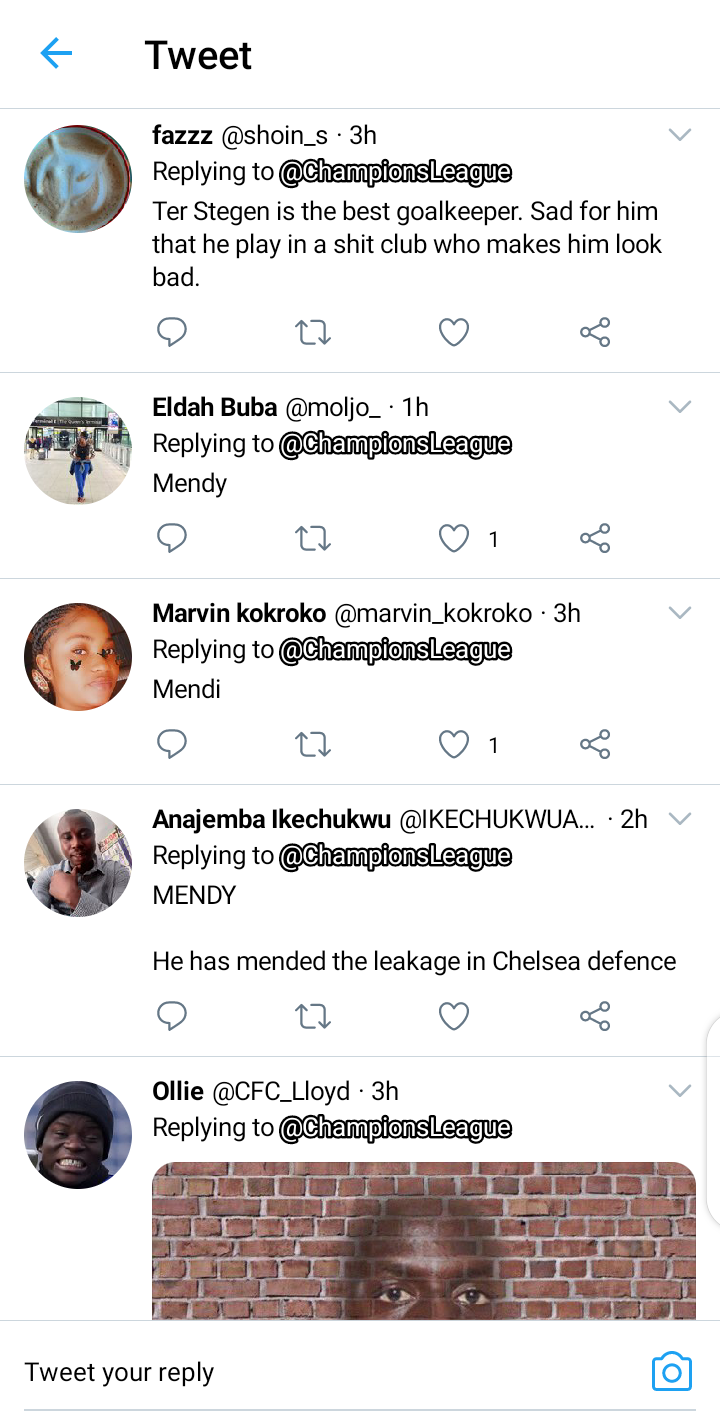 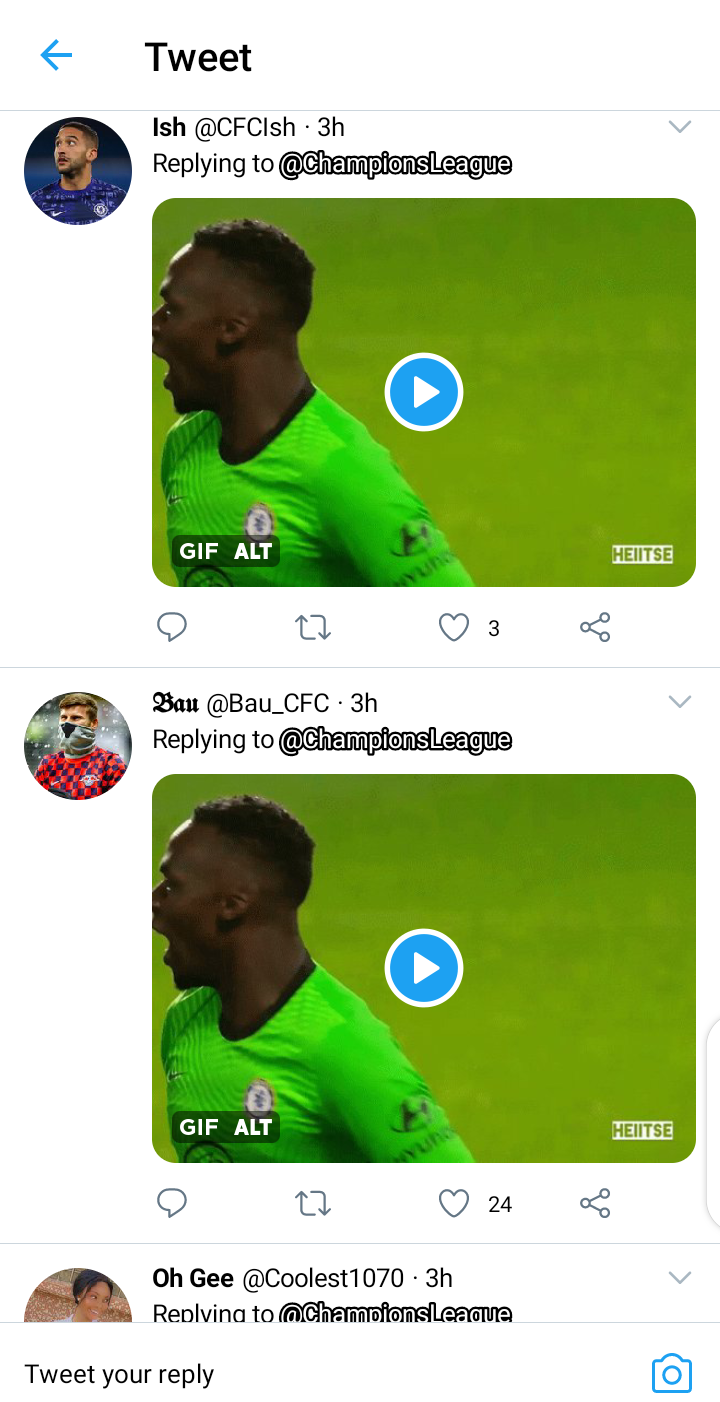 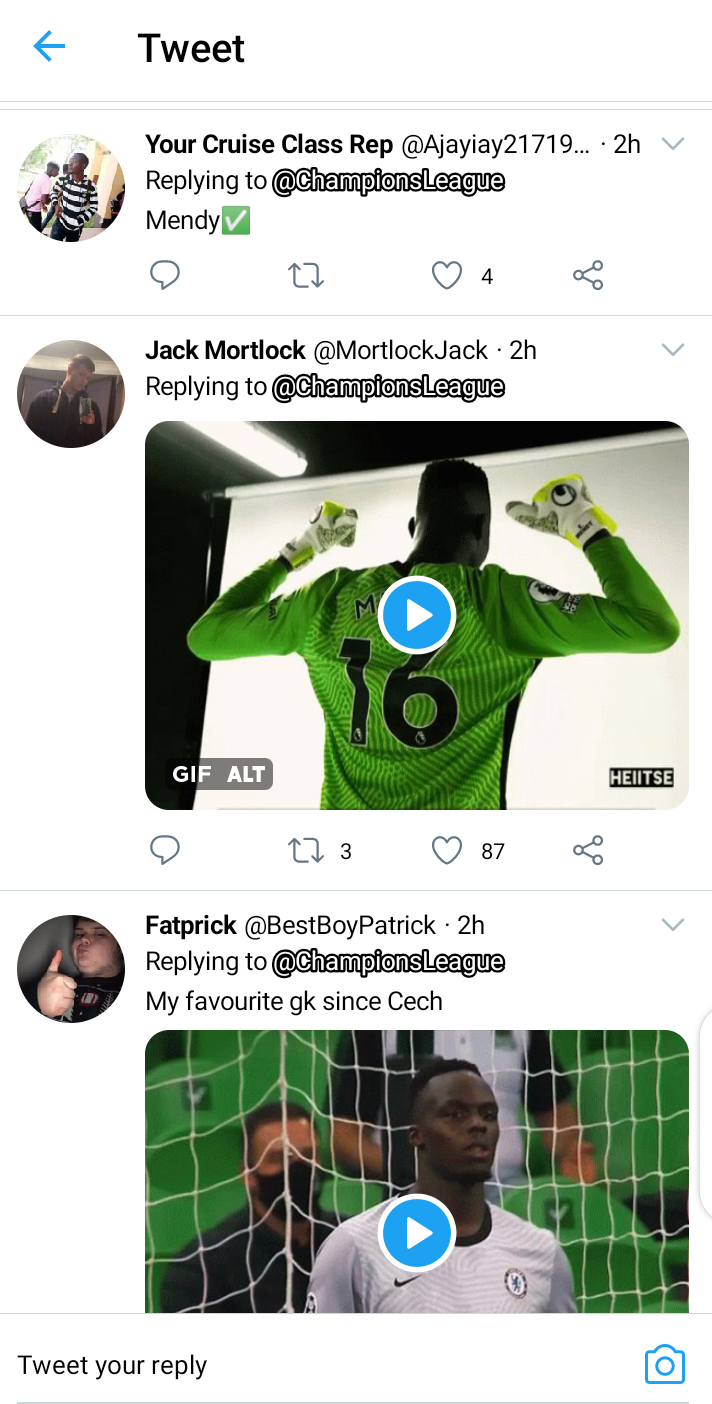 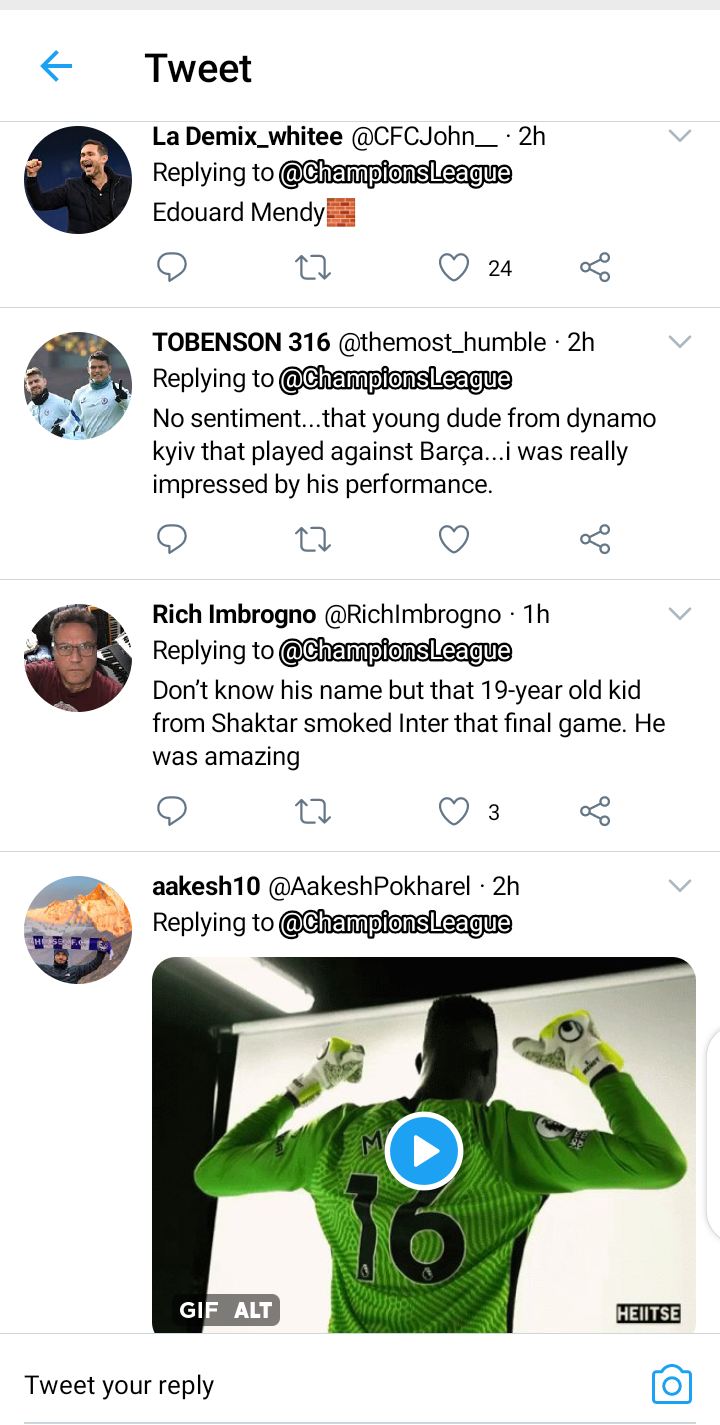 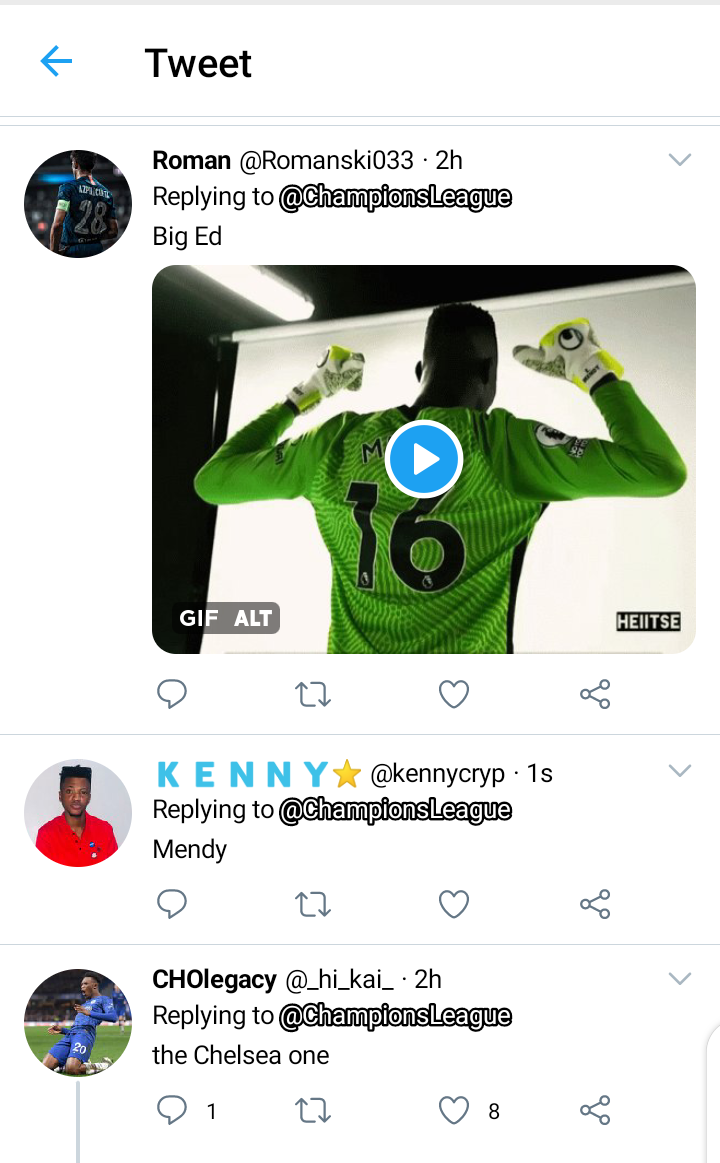 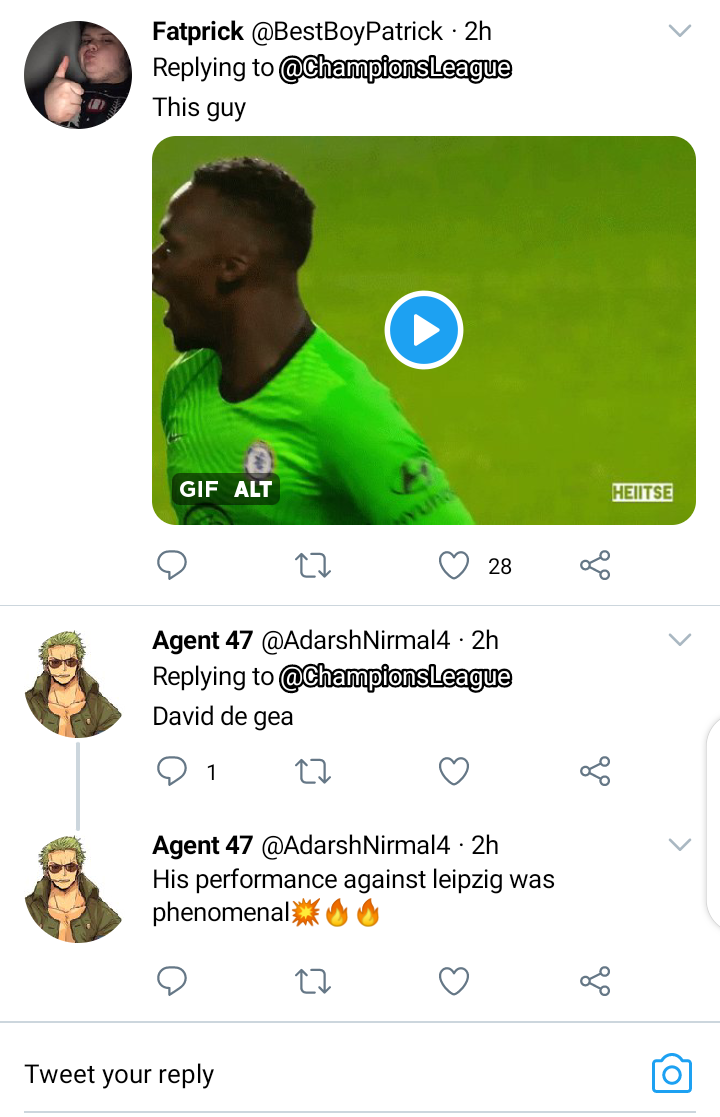 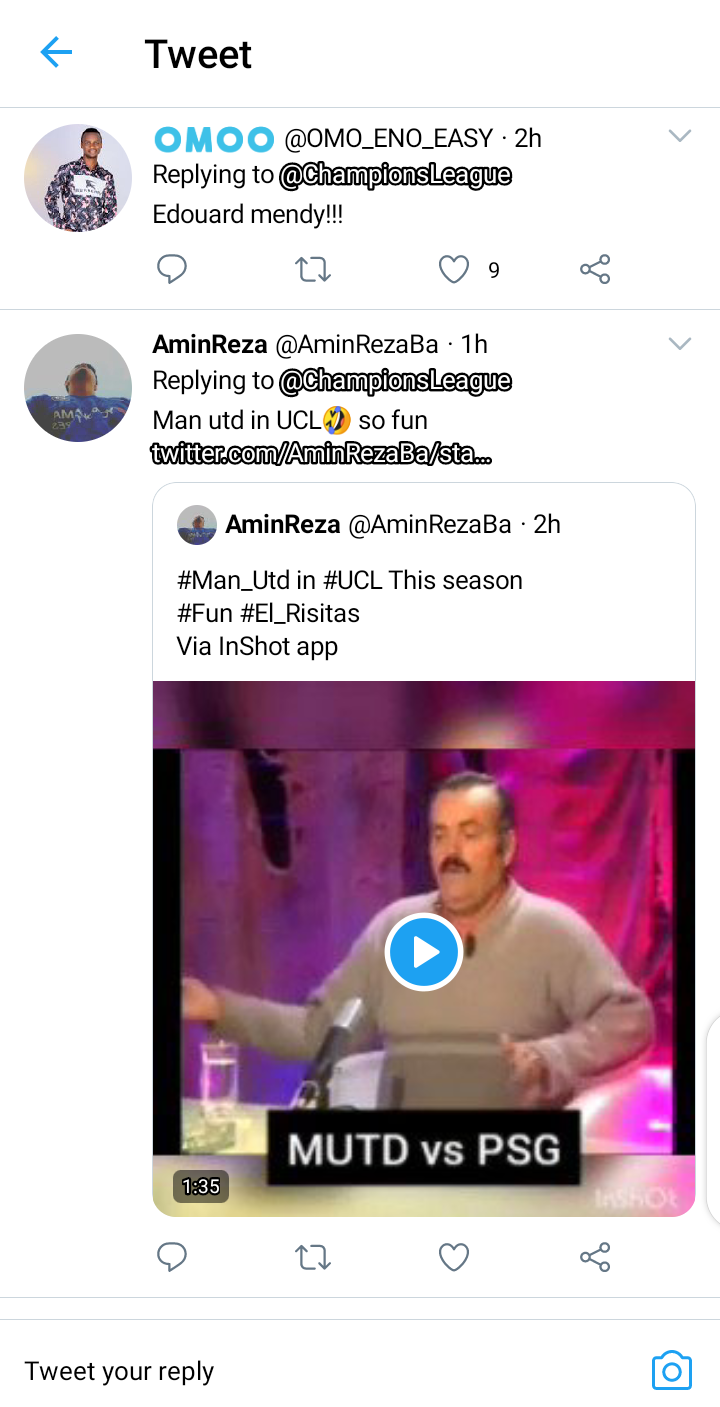 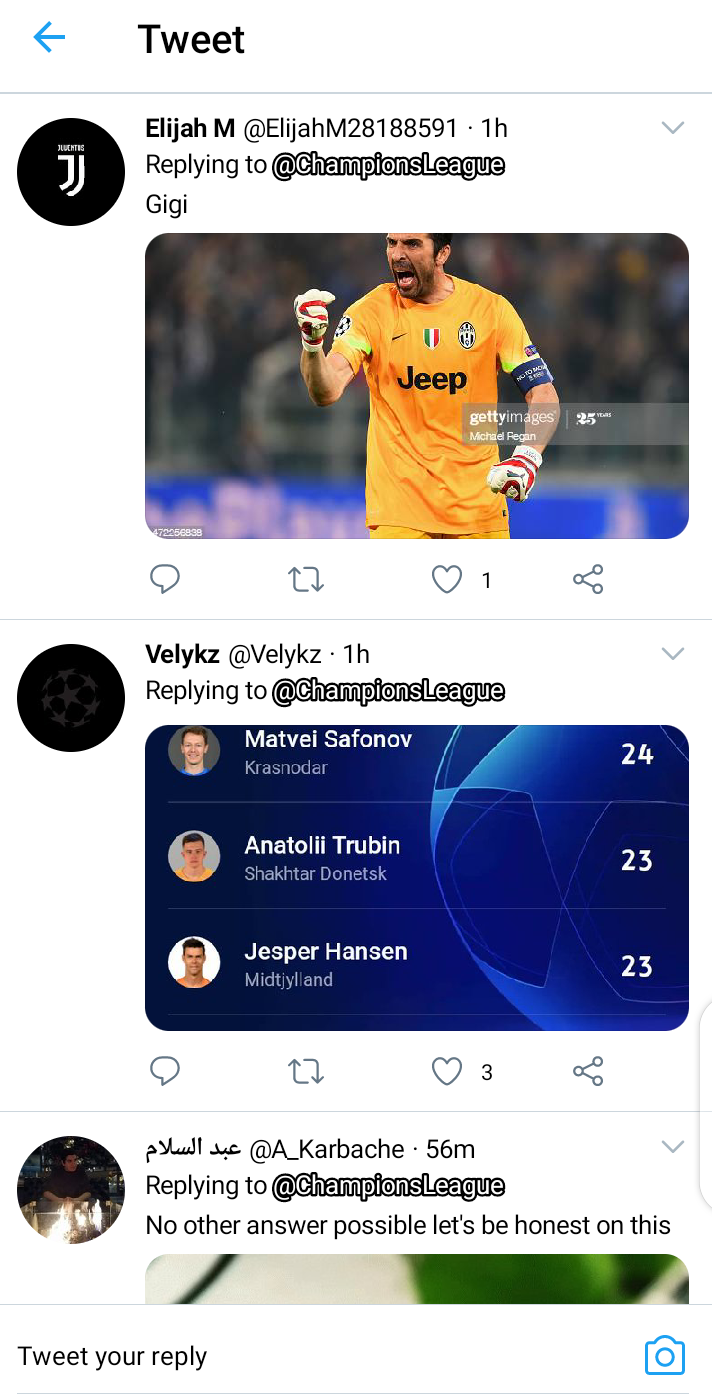 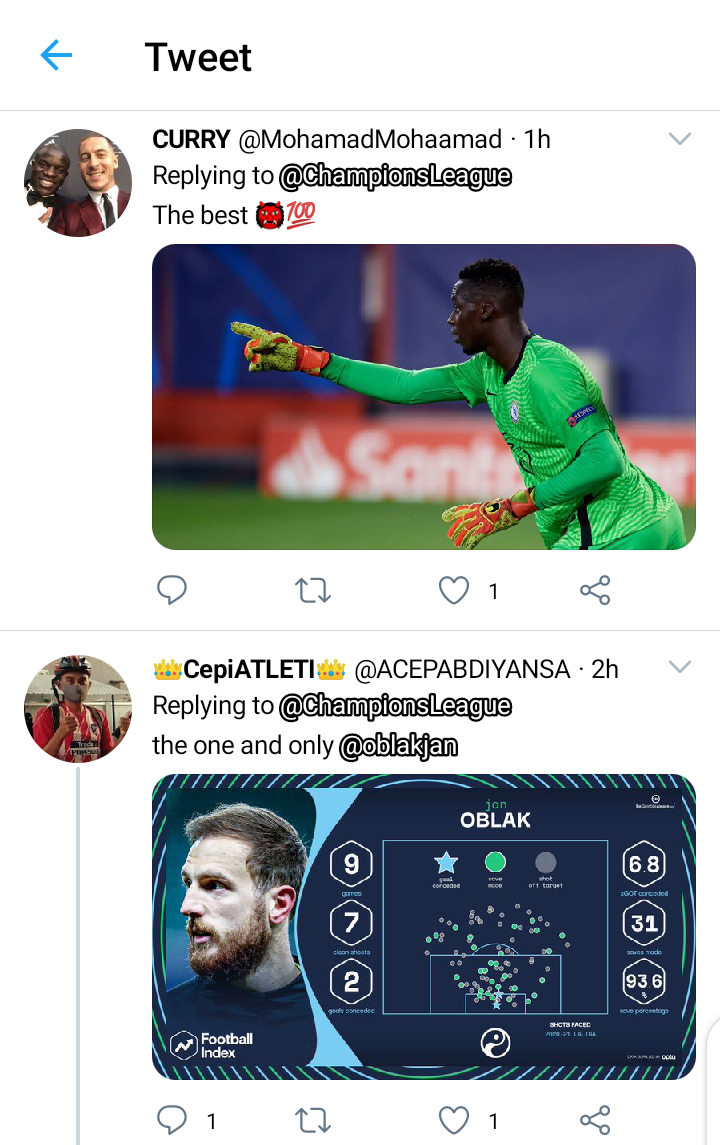 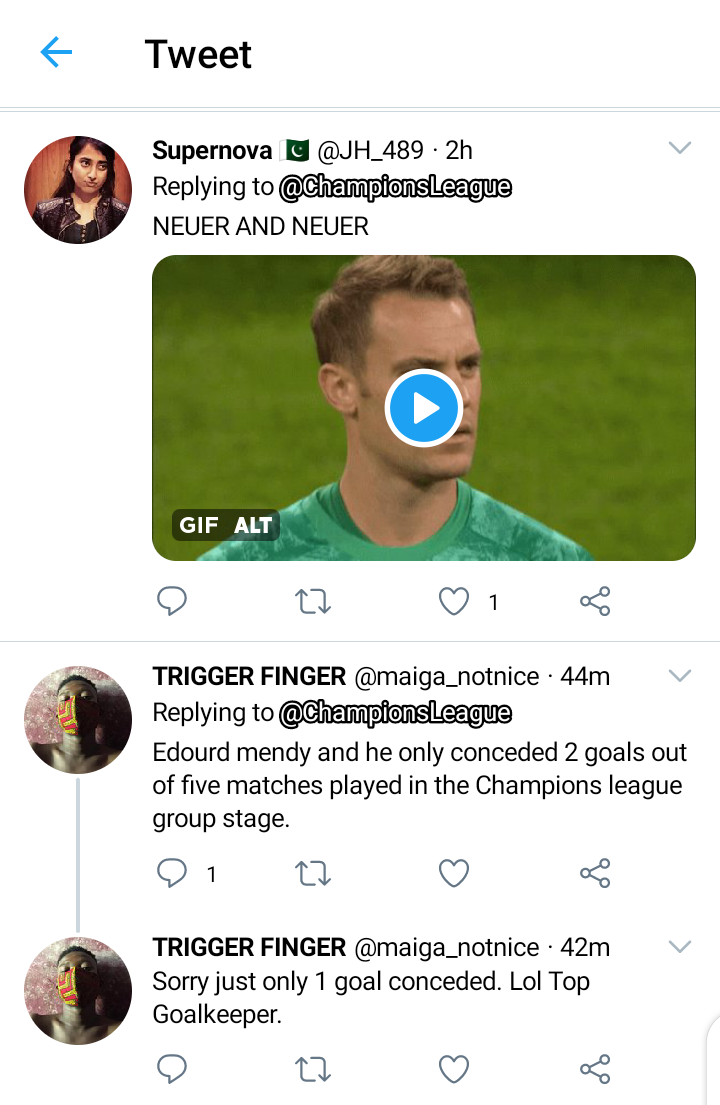 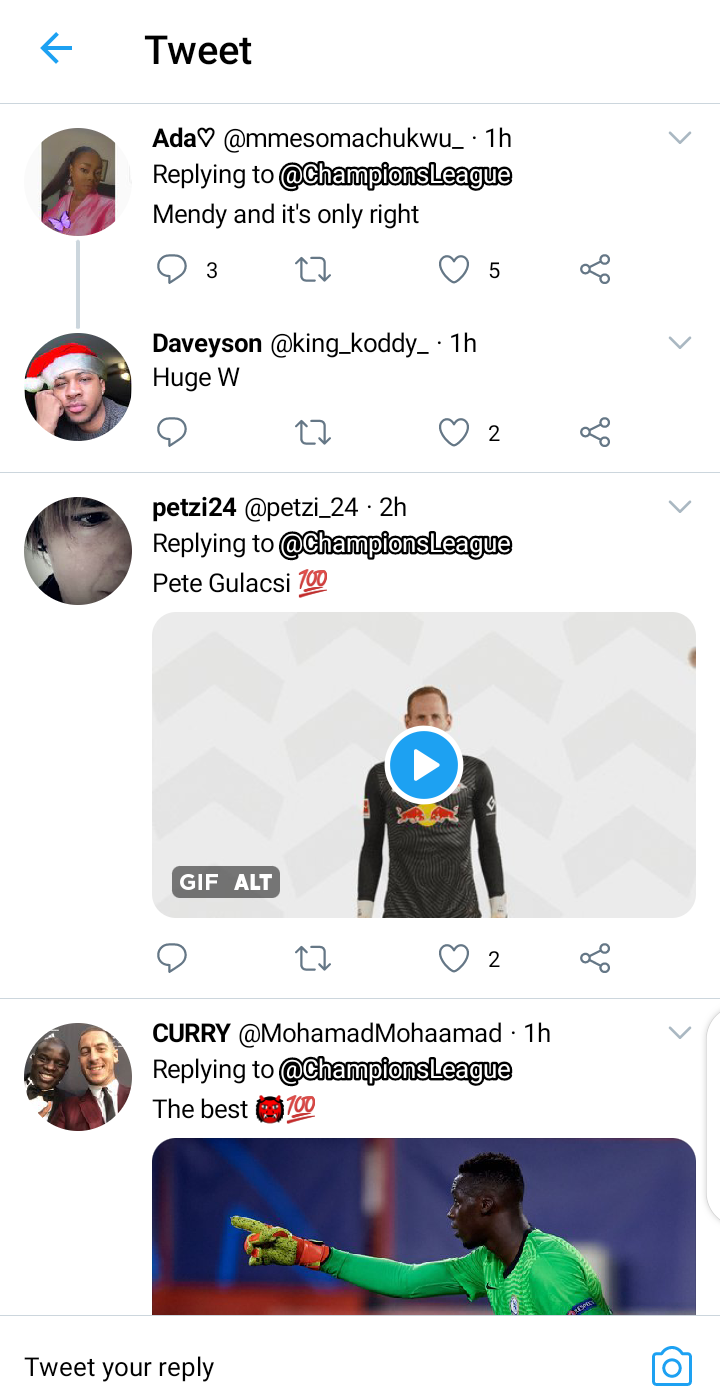 As far as people have made their choice, critically looking at how fans choose their best goalkeeper for the group stage, it appeared that Eduardo Mendy of Chelsea caught the heart of fans as he appeared as the most picked among the goalkeepers listed.

Dear readers, what can you say about this? Were the fans right to have picked Mendy of Chelsea as Best Goalkeeper during the UCL group stage? If not, who do you think was the best goalkeeper of the group stage?